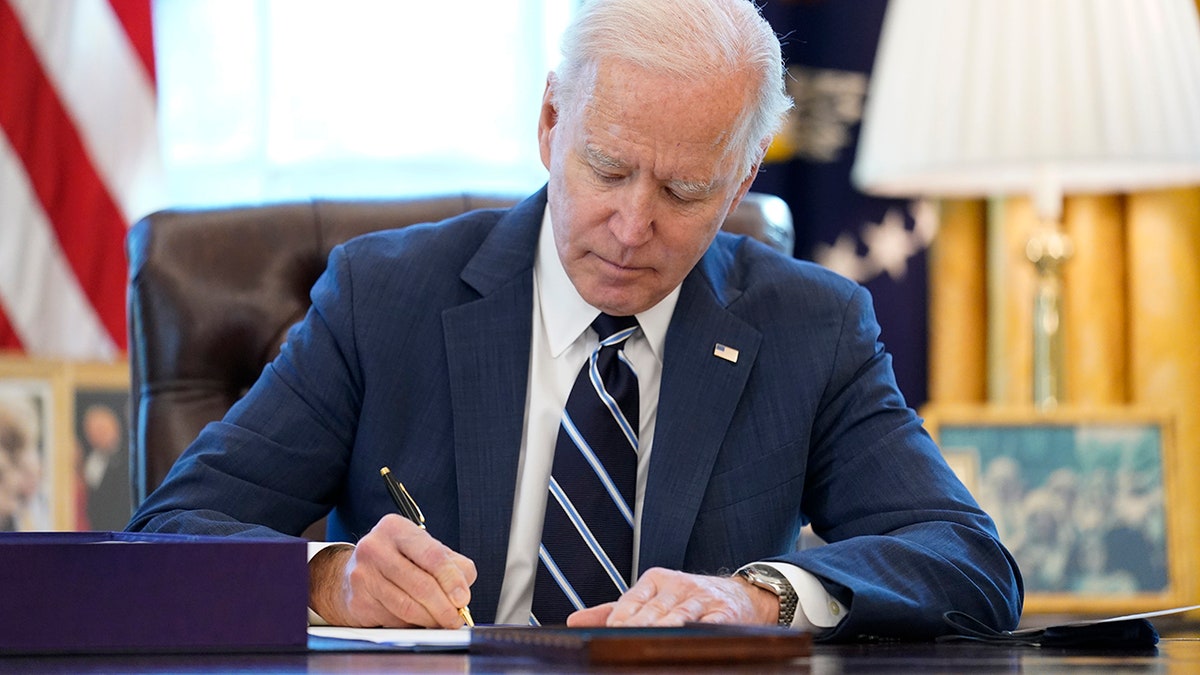 President Biden on Friday signed three proclamations that restore protections to two national monuments in Utah and a marine conservation area in New England, protections that had been stripped during former President ‘s time in the White House.

“National monuments and parks are part of our identity as a people,” Biden said shortly before signing the documents. “They’re the birthright we pass from generation to generation, a birthright of every American.”

Gov. Spencer Cox, a Republican, was disappointed in Biden’s decision to restore Bears Ears and Grand Staircase-Escalante monuments, which the Trump administration downsized significantly in 2017.

The monuments cover vast expanses of southern Utah where red rocks reveal petroglyphs and cliff dwellings and distinctive buttes bulge from a grassy valley. Trump invoked the Antiquities Act to cut 2 million acres from the two monuments, calling restrictions on mining and other energy production a “massive land grab” that “should never have happened.”

The Trump administration’s reductions to Bears Ears and Grand Staircase-Escalante paved the way for potential coal mining and oil and gas drilling on lands that were previously off-limits.

Fox News’ Brooke Singman and The Associated Press contributed to this article.