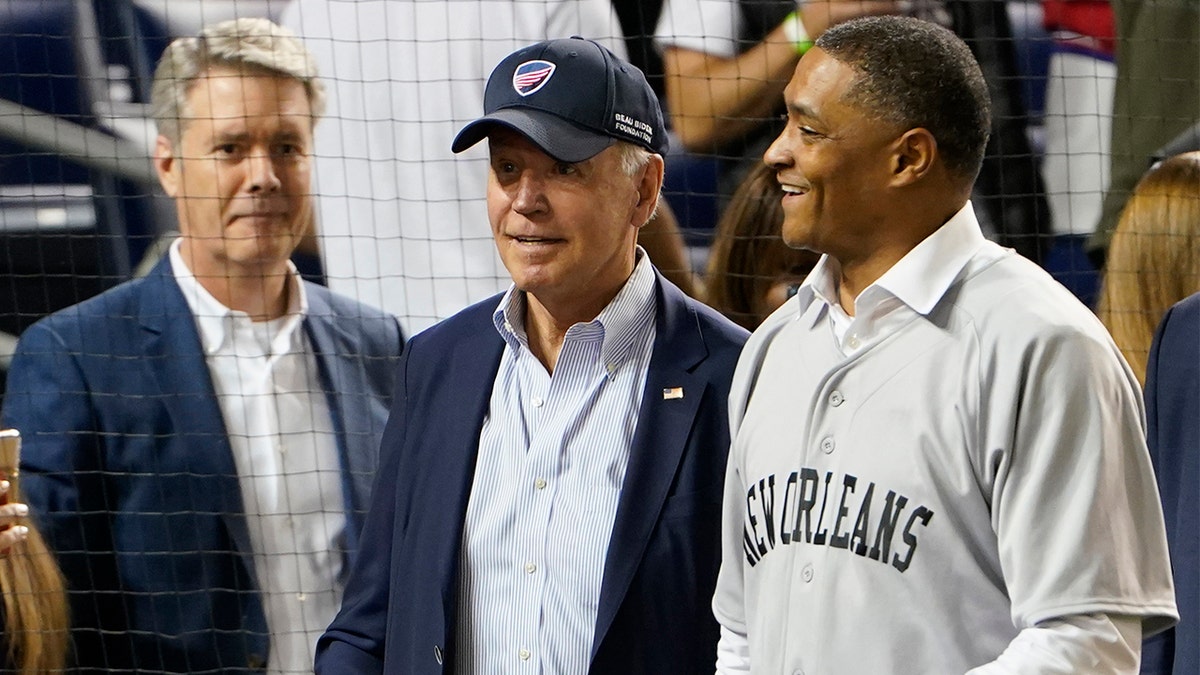 Amid efforts to push back against a looming government shutdown, President Joe Biden made a surprise visit Wednesday to the Congressional Baseball Game for charity at Nationals Park, just after he was inducted into the game’s hall of fame.

Biden, who took part in the Congressional Baseball Game during his time in the Senate, made a surprise visit to the park, where he received mixed reactions from both Democrats and Republicans as he greeted those in attendance.

Prior to the game getting started, Biden, along with the late President George H.W. Bush and former Reps. Cedric Richmond, D-La., and John Shimkus, R-Ill., were inducted into the game’s hall of fame.

Also in attendance for the game was Second Gentleman Doug Emhoff, who greeted the president at one point, according to reporters at the game.

During his visit to the park, Biden was seen greeting fans and shaking hands with players and others in attendance for the game while not wearing a face mask. He was also filmed giving House Speaker Nancy Pelosi a hug.

Biden reportedly gave players at the game ice cream bars, which were labeled with the presidential seal.

Earlier this year, during a ceremony to honor the Los Angeles Dodgers in July, Biden said he wanted to be inducted into the Congressional Baseball game’s Hall of Fame based on his “influence” after becoming president. “You all think I’m kidding, don’t you,” Biden said at the time.

The Congressional Baseball Game has been an annual, bipartisan event held since 1909. Some charities that benefit from the baseball game include the Washington Literacy Center, the Boys and Girls Clubs of Greater Washington, and Washington Nationals Philanthropies. It also benefits the United States Capitol Police Memorial Fund in gratitude to the brave officers at the Republican practice shooting on June 14, 2017.