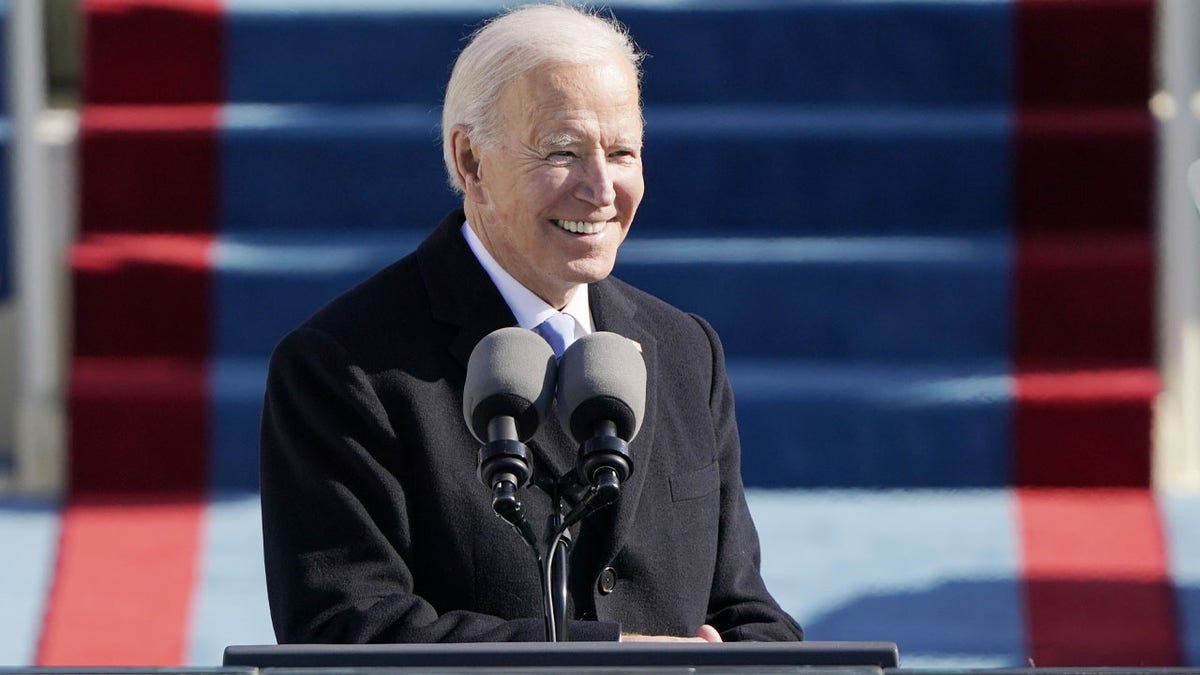 Just over eight months into office, President Biden is drowning in crises.

From immigration, to foreign policy, to the economy, to the coronavirus pandemic, the president’s problems appear to be mounting.

Arguably the biggest crisis Biden is facing right now stems from his troop withdrawal from Afghanistan, during which 13 American service members were killed in Kabul.

Biden was quick to blame others for the botched operation that saw the Taliban swiftly take over the country as Afghan security forces crumbled and U.S. weapons and equipment were seized.

The Taliban flag flew over the former U.S. embassy in Kabul as Americans struggled to leave the country, while the Biden administration insisted it would be able to get every American citizen out.

This was untrue, as Americans scrambled to get on planes and flee over land routes to escape the war-torn nation. Congressional offices were slammed by people desperate to return home to America, turning to them because the State Department was unhelpful.

In addition to American citizens being stranded in Afghanistan, special immigrant visa (SIV) holders, green card holders and Afghan allies were left trapped in the Taliban-controlled country as the State Department prevented flights with refugees from landing in bordering nations.

Additionally, the Biden administration’s vetting process has been rife with error, with American citizens and others with ties to the U.S. government being left behind as thousands of people without ties to America were evacuated to the United States.

The chaotic withdrawal has seen disease outbreaks among refugees and the administration scrambling to settle them in America.

In another embarrassment, the Pentagon revealed recently that a drone strike carried out against terrorist targets hit innocent Afghans instead.

Biden’s administration has all but turned a blind eye to the compounding crisis at the southern border, where hundreds of thousands of people have already illegally crossed into America this year alone.

On top of the hundreds of people being jam-packed into processing centers amid a global pandemic and the tens of thousands of migrants in a makeshift camp underneath an overpass in Del Rio, Texas, physical and sexual assaults of unaccompanied migrant children have been occurring at shocking rates in government-contracted facilities.

HHS documents first reported by Fox News on Wednesday illustrated the dark reality faced by some migrant children, with 33 instances of “sexual abuse” against unaccompanied minors tied to voluntary agencies contracting with the federal government.

Additionally, Biden is claiming to have visited the southern border but has never made the trek down in his entire political career.

Vice President Kamala Harris was tasked with addressing the root causes of the migrant surge and traveled to the border earlier this year after months of media scrutiny for avoiding a trip down south.

Congressional Democrats are working their tails off to pass Biden’s massive spending proposals. One of the biggest currently making its way through Congress has drawn warnings from Republicans, who say it will further increase inflation.

Federal unemployment benefits extended from the previous administration’s COVID-19 response have created a massive labor shortage in the U.S., with prices of goods and services rising because of it, as well as supply chain problems.

Proposed deficit-spending of another $3.5 trillion has spurred inflation fears, with alarms being sounded by many .

Additionally, the highly contagious delta variant of the coronavirus has prompted some states to float the idea of enacting coronavirus lockdowns again, despite the risk of severe economic consequences.

A crisis inherited from his predecessor, Biden’s response to the pandemic, let alone the currently dominant delta variant, has been rife with contradictions.

One of the most recent instances of the president flip-flopping in his COVID-19 response was his widely-panned announcement for companies with over 100 employees.

Under the mandate, companies with more than 100 employees would be required to have all employees vaccinated or test negative weekly before returning to the office.

Biden had previously promised in December that there would not be a nationwide vaccine mandate, with his administration doubling down only two months before on the stance, saying the mandates were “not the role” of the federal government.

The announcement was met with fierce opposition from conservatives, who argue for public awareness of the vaccine but say medical decisions should not be mandated.

Additionally, Biden has been relying heavily on National Institute on Allergies and Infectious Diseases (NIAID) Director Anthony Fauci, who has had his own share of flip-flops.

Sen. Rand Paul, R-Ky., a medical doctor, accused Fauci of lying to Congress last month over the bombshell report from the Intercept that revealed the U.S. government pumped $3.1 million into American health organization EcoHealth Alliance to back bat coronavirus research at the Wuhan Institute of Virology.

Leaked recently obtained by private research group DRASTIC “completely contradict” claims made by both China and Fauci about the reality of gain-of-function research being done inside the Wuhan institute that may have caused the coronavirus pandemic, according to a former State Department COVID-19 investigator.

Dr. David Asher, the ex-State Department official, told Fox News the biggest takeaway from the new documents is that there is a “smoking gun that explains the specific features of the [virus] sequence that are so peculiar.”

“The most genetically unusual piece of the puzzle and the sequence is a ‘furin cleavage site’, which allows the virus to spread from bats to humans, and among humans in a highly pathogenic way,” he said.

Republicans have been for Fauci to step down or be fired by the president over his handling of the pandemic.