FLASHBACK: Biden vowed Afghanistan withdrawal would be ‘safe and orderly’ 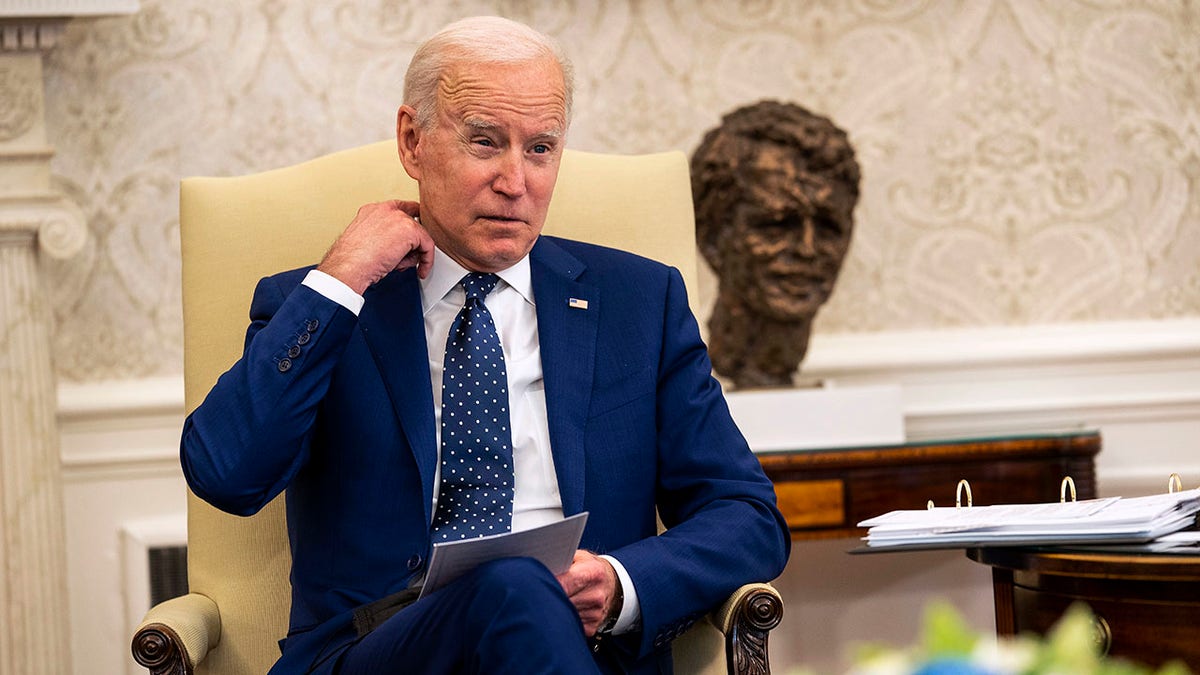 assured the public in March that the troop withdrawal from Afghanistan, if the U.S. engaged in one, would be “safe and orderly.”

At least 12 U.S. service members were killed in a bombing outside the Kabul airport on Thursday.

The president told reporters in March: “If we leave, we’re going to do so in a safe and orderly way.”

Biden was then pressed on what he meant by “if we leave,” to which the president corrected himself and declared that the U.S. “will leave.”

The president also said last month that it would be “highly unlikely” for the Taliban to overrun and take over the country.

Earlier this month, Afghanistan fell into the hands of the Taliban after Biden’s botched troop withdrawal that has seen the U.S. Embassy in Kabul abandoned, American military equipment and vehicles fall into terrorists’ hands, and reports of passport-carrying Americans beaten by the Taliban as they attempted to reach the airport to evacuate.

In , not even a month after promising a “safe and orderly” withdrawal, the president pledged to use American military might to “defend ourselves and our partners with all the tools at our disposal” should the Taliban “attack us as we draw down.”

“Our allies and partners have stood beside us shoulder-to-shoulder in Afghanistan for almost 20 years, and we’re deeply grateful for the contributions they have made to our shared mission and for the sacrifices they have borne,” Biden said.