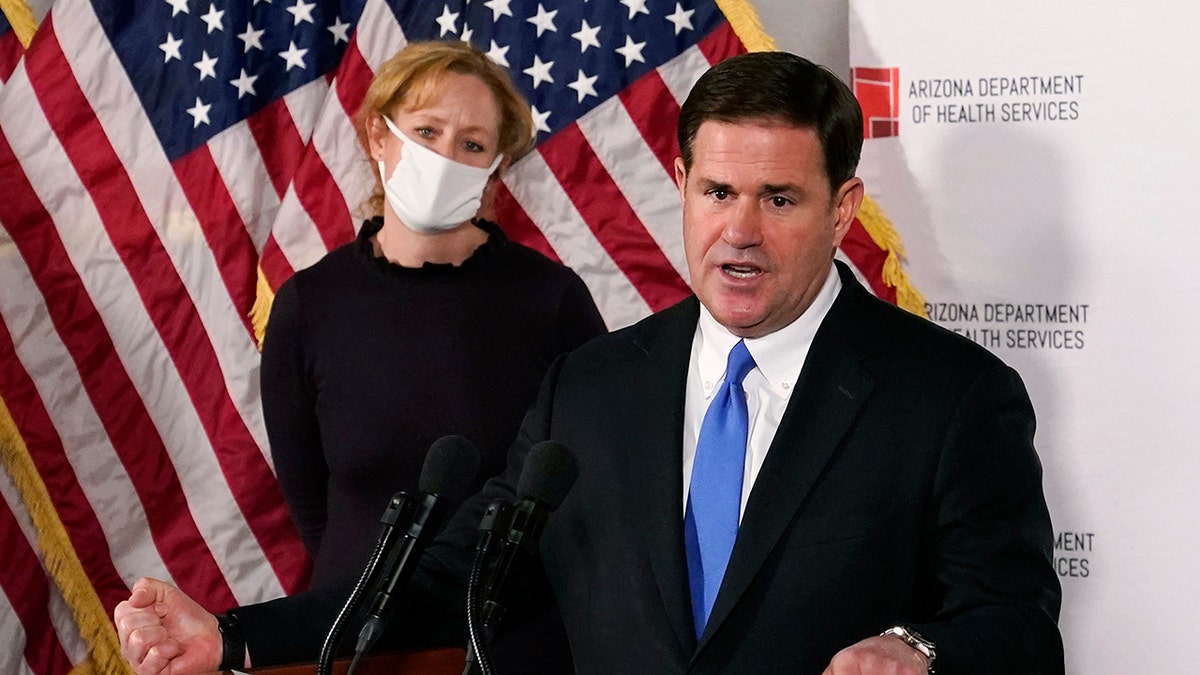 Arizona’s Gov. Doug Ducey accused the Biden administration of “federal overreach” this week after the Treasury Department said the state’s educational grants specifically allocated for schools without mask mandates were an improper use of federal coronavirus relief money.

“We have no plan to address what they’re sending us,” Ducey, a Republican, said this week, according to FOX 10 in Phoenix. “That will be settled in court. We’re going to give options to kids in Arizona and to families in Arizona – what we should be focused on now is getting kids caught up.”

A $10 million grant program established by Ducey in August reportedly gives families $7,000 vouchers if they want to move their children from a school with a mandate to a school without one.

Another $163 million grant program Ducey created is available only to schools without mask mandates, according to the station.

Ducey’s grants “undermine evidence-based efforts to stop the spread of COVID-19,” Deputy Treasury Secretary Wally Adeyemo wrote in a letter Tuesday, asking the governor to specify how the state will fix the situation within 30 days, FOX 10 reported.

“Here in Arizona, we trust families to make decisions that are best for their children,” Ducey tweeted on Tuesday. “It’s clear that President Biden doesn’t feel the same. He’s focused on taking power away from American families by issuing restrictive and dictatorial mandates for his own political gain.”

Arizona is among several Republican-led states that have banned mask mandates in schools.

In Florida, the Biden administration was offering federal assistance to any school districts whose board members lost wages by defying Gov. Ron DeSantis’ ban on mask mandates.

On Thursday, the Florida Board of Education said it would penalize schools that continue to defy the ban. The U.S. Department of Education warned that may be illegal, according to The Washington Post.