Andrew Yang quits Democratic Party, calls it ‘the right thing’ to do 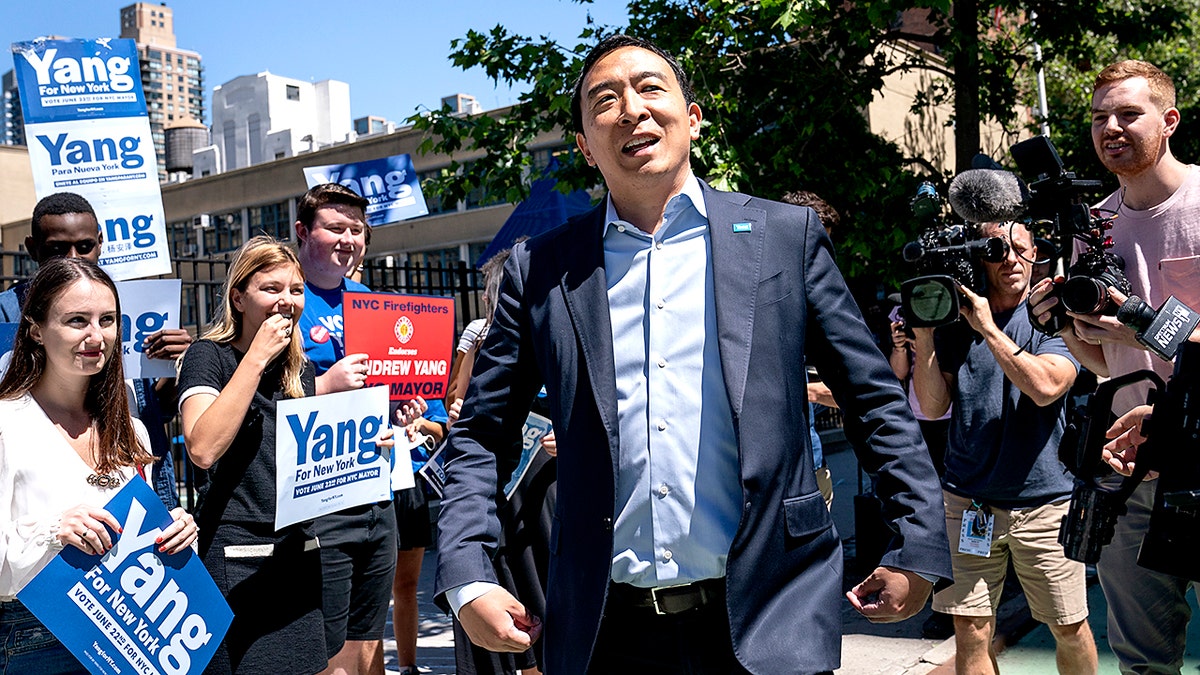 Former presidential candidate has officially quit the , calling it “the right thing” to do.

Yang announced he will become an independent in a blog post published Monday on his website and described doing so as a “strangely emotional experience.”

The former Democrat recalled registering with the party at 20 years old in 1995, amid then-President Clinton’s push for reelection over former Sen. Bob Dole, R-Kan.

“Throughout my twenties I remained a staunch Democrat, though like many others I was drawn primarily to national races,” Yang . “I co-hosted a small fundraiser for John Kerry’s campaign at a bar when I was 29 – I think we raised maybe $3,000.  I thrilled to Barack Obama’s victory in 2008 and, to a lesser extent, his re-election in 2012.”

“In 2016, I donated to Bernie Sanders’ campaign – everything he said struck me as true – but then voted for Hillary Clinton against Trump,” he also wrote, saying he took former President Trump’s election “as a red flag and call to action.”

Yang recalled his campaigning as a Democrat and for President Biden, as well as the Democrat friends he made around the country and on stage as a primary opponent, noting he has been a Democrat his “entire adult life.”

“And yet, I’m confident that no longer being a Democrat is the right thing,” Yang wrote.

Although leaving the Democratic Party, Yang encouraged his supporters to not change their affiliation to be an independent as he did, claiming doing so would “disenfranchise” someone if they “live in the 83% of the country that is very blue or very red.”

Simultaneously, Yang wrote that the country “is stuck in part because polarization is getting worse than ever.”

Noting “a shift” in his “mindset,” Yang said that he “can be even more honest about both the system and the people in it” after dropping the Democrats.

“Breaking up with the Democratic Party feels like the right thing to do because I believe I can have a greater impact this way,” Yang wrote.

The Democratic National Committee did not immediately respond to Fox News’ request for comment on the matter.