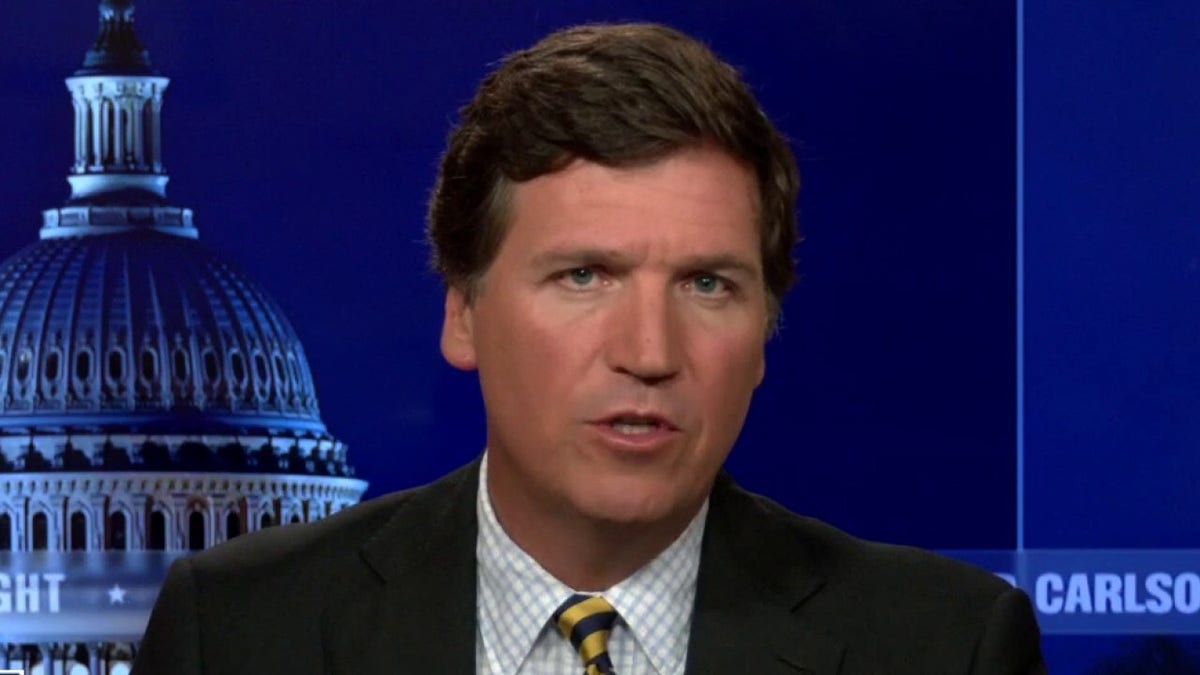 The pictures from the southern border are shocking, they’re also real, so they can’t be ignored. In the coming days, you’ll hear what’s happening at the border described as a humanitarian crisis. That means the migrants are suffering and they definitely are suffering and that’s sad. But what’s sadder is that Americans are suffering too. Open borders have caused a deadly crisis among the very people our government supposedly exists to protect.

Close to 100,000 Americans have died of drug overdoses in the last year. These are not 85-year-olds with emphysema in nursing homes. These are kids on your street, young people in the prime of life, our country’s future, the next generation. And they are dead now, mostly because of fentanyl that came up through Mexico.

Neither he nor anyone around him cares, however. If 100,000 Afghan refugees died this year of anything. What we’ll be talking about is that and only that. CNN would do a special every week: What happened to the Afghan refugees? That would be the single biggest issue in this country by far.

But 100,000 American young people? Joe Biden never even mentions it. He doesn’t care. And drugs are hardly the only disastrous effect of open borders, the median price of a new home in this country is now almost six times higher than the median American household income. Think about that. That’s a record. It’s never happened. It’s never been more expensive than it is now to buy a house.

If you’re a young person who is hoping to start a life in this country, that is a disaster. So why is it happening? Lots of reasons. Fed policy for one.

But one of the reasons is overcrowding. It’s that simple supply and demand. No one ever mentions it, but since 1990, this country has gained about 100 million people. 100 million. 1990 doesn’t seem like that long ago to some of us. Thanks to the lunatics now in charge, this unsustainable growth is accelerating in ways it never has before, ever. Under Joe Biden, hundreds of thousands of immigrants are coming into the United States every single month. 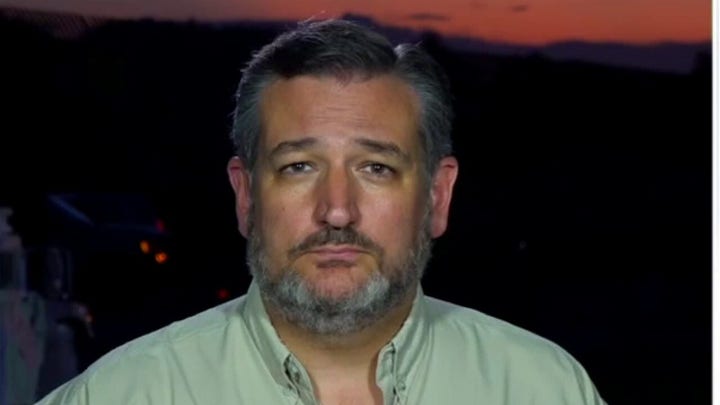 Once you see it, you’ll understand the future of the Democratic Party is planning for you: squalid, overcrowded, chaotic, loud.

Of course, having created this human disaster, Democrats now claim they have a solution to it, of course, that’s why they created it in the first place so they could fix it. What’s their solution? Amnesty for eight million. That’s what they proposed, and they may very well get it. Republicans are allowing this by and large.

That amnesty, you should know, would apparently extend even to violent criminals and gang members. But wait a second, you may be asking. I’m an American. How is allowing MS-13 to choose my government to vote in my elections is going to make my life better? What’s in it for me? Well, here’s Zoe Lofgren of California to explain.

REP. KEN BUCK: This amendment is very simple. It requires that aliens not receive amnesty if they are a gang member.

Oh, the economic gains from inviting millions more people who don’t have high school diplomas into the country. Nothing against those people. But does any adult really foresee a future in this country where low–skilled labor is the engine of economic growth? That’s insane. In fact, it’s a lie shocking even by Washington standards.

The Biden administration’s plan will ultimately entitle illegal immigrants to the full benefits of citizenship. That’s the whole point. That would include Medicaid, Social Security, food stamps, etc., etc., etc. Even as the welfare state expands, the number of people drawing from it expands as well.

How’s that going to end? The cost of all of this, according to the Congressional Budget Office, will be in the hundreds of billions of dollars in the next few years alone. What about the long term? Some estimates put the cost at well over a trillion dollars or more.

But not in the eyes of the Democratic Party, there’s really not that much difference. They don’t care about individuals. Individuals are expendable. That’s the mindset of every revolutionary through history. People are a means to power.

CONGRESSMAN CALLS FOR GOVERNOR OF TEXAS ‘TO START DISREGARDING THIS PRESIDENT’

So to our leaders, illegal immigrants have a very specific functional purpose, they are a tool to change the country forever and ensure permanent democratic control over our government. They look at the numbers. If you were born in this country and you don’t have a high school degree, you’re not voting for them. You don’t like what they’re doing. They don’t want to change your mind. They can’t be bothered. So they’re going to bring in new people without high school degrees. Got it?

It’s changing the country in order to win elections. So if this passes millions of people who came to this country illegally who by definition don’t care about our laws or law and order, that’s why people from January 6 are still in solitary confinement cause they didn’t believe in law and order. But the people who care deeply about law and order are welcoming millions who clearly don’t buy our system because they’re breaking our laws the day they get here.

The only point of this is to make the Democratic Party more powerful. That’s why it’s not simply Zoe Lofgren, who’s talking about human infrastructure. The Biden administration is talking about it, too. So is Jerry Nadler, who chairs the House Judiciary Committee.

JERRY NADLER: And strikes the entire immigration title and the important investments in our human infrastructure that it makes, therefore I urge opposition to the amendment.

REP. THOMAS MASSIE: If the chairman would indulge me, I’d like to know if he just used the term human infrastructure to refer to the portion of the bill that Mr. Gohmert seeks to strike with his amendment. … So illegal immigration is now human infrastructure. I don’t know what to say.

He’s absolutely right. It’s true and obvious to anyone who actually reads the amnesty bill. Under the Biden administration’s plan, several categories of illegal aliens will get green cards, meaning they will be allowed to live in this country and eventually get full citizenship and be allowed to vote for Democrats. One of the groups that will receive green cards includes essential workers. This at a time when we’ve got an employment crisis.

But what are essential workers exactly? What turns out, according to the Democrats in Congress, pretty much every worker is an essential worker, illegal migrants working in agriculture, which is overwhelmingly mechanized, now, by the way, health care, food, construction, transportation are all included. They can stay here indefinitely.

So can illegal immigrants that the Biden administration refers to as dreamers. That sounds like a relic from the Obama years. No, it includes any illegal immigrant who entered this country prior to this year under the age of 18. This is insane. Let’s just say it.

To prove that one saying it is, Rep. Mike Johnson of Louisiana tried to introduce an amendment that would ban illegal immigrants who have multiple DUIs from getting amnesty. Remember, we used to be against drunk driving? Not anymore. That was rejected too.

REP. MIKE JOHNSON: Let’s make sure that if you have a serial offender, someone who repeatedly is convicted of driving under the influence, that at least that will prevent them being given amnesty. I urge all my colleagues to at least support this amendment. And I yield back

REP. JERRY NADLER: Whether someone has two or six or 10 or 20 convictions of DUI 30 years ago, someone could be can can change. That’s why we have the waiver provision. You may have any number of convictions for DUI because you’re a drunk. Because you’re an alcoholic, but you also may cease to be an alcoholic and we all know people or I know people, I’m sure many of us know people who are no longer alcoholics and ought to be able to not be able to enjoy the benefits of the law.

Yeah, so they suddenly have deep compassion for people struggling with chemical dependence. That’s what they shut down the country’s AA meetings for the last year. What do you think the effect of that was? That’s why they completely ignored nearly 100,000 Americans dead of drug overdoses. They don’t care at all. But did you hear the compassion in Jerry Nadler’s voice? He’s got real compassion for serial criminal offenders as long as they’re coming here illegally.

He does not have compassion for you. So the minute that you break the law that Jerry Nadler in the Democratic Party would like to enforce, the ones where they tell you what you can do with your own body, what job you can have, what you can say in public, then you’re not human infrastructure. You’re a criminal.

Here’s the Senate majority leader explaining that we need a crackdown at the border, not because illegal aliens are flooding into this country, many using fake documents. No, the real problem, according to Chuck Schumer, is that we have fake vaccine cards, not fentanyl, it’s fake vaccine cards coming from Mexico. That’s the real threat.

CUCK SCHUMER: And the problem is these fake COVID cards, and they’re coming in large amounts in large bunches through ports of entry. Is this an epidemic right now? No. Could it become one? Absolutely. If the authorities do nothing about it. So we have to nip it in the bud. … Our Border Patrol, our customs and our FBI can go all out with inspections and confiscate any of these cards as they come in. They are mailed here. … So today, I am urging a federal crackdown on these counterfeit COVID cards.

A federal crackdown. There’s more fentanyl coming over our border, killing Americans across the American citizens born here than ever before in history. Mexico is the middle of a drug war. The Zetas, MS-13 from Central America all coming up here. Chuck Schumer doesn’t care.

But counterfeit vaccine cards that might allow people to get around insane vaccine mandates which are immoral and unconstitutional, those people need to go to prison. That would be very bad for America’s health.

It’s totally, completely nuts. Meanwhile, the same people that are telling you that we need to allow felons from Central America, including gang members and people with 20 DUI arrests to flood into this country. We need to make these people as citizens, they know it’s dangerous, more dangerous than COVID, but they’re doing it anyway.

This article is adapted from Tucker Carlson’s commentary on the Sept. 16, 2021, edition of “Tucker Carlson Tonight.”

Greg Gutfeld: Why do our leaders embrace fake problems and ignore real ones?