Rooftop Revelations: South Side Chicago success story returns to the hood to help others down a better path 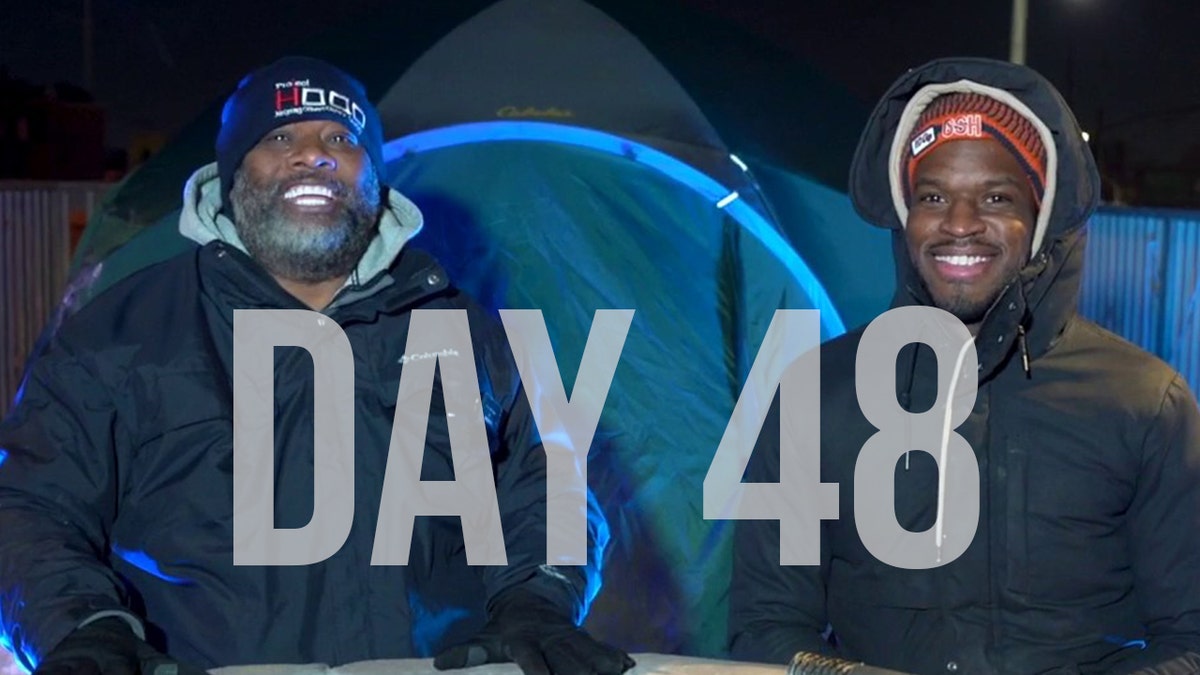 CHICAGO – One of the difficult things about ministering in an impoverished community like the South Side of Chicago is that many individuals who develop themselves into somebodies and make it out into the larger world often do not return. Pastor Corey Brooks always sees these young men and women off into the world with a proud smile. Their successes validate the character-building and developmental work done by his Project H.O.O.D. community center. At the same time, the difficulty of the situation lies in the fact that when a success story leaves, the community loses a role model and the social capital that comes with such a person.

Brian Alexander stands as an exception to that rule. Now a tall man with an easy smile and an affable personality, he used to be one of the many kids that walked these streets. He found success in the larger world and returned to his old neighborhood to show the new generation pathways to success.

On the 48th night of his 100-day rooftop vigil to build a community center designed to transform lives, Brooks reunited with his old mentee for a chat by the campfire.

“[You have] actually been my pastor since I was about 12 or so years old when New Beginnings Church was still inside of a school auditorium,” Alexander said, referring to the pastor’s church, which is also home to Project H.O.O.D. “So I spent some of my very, very formative years here growing up in the church.”

When he came of age, Alexander left the South Side for Howard University in Washington, D.C. There, he studied political science, went on to get his law degree and went to work for the federal government. After several years, he found the job unfulfilling.

“Once COVID hit, I had the chance to really kind of sit down and evaluate my life,” Alexander, 35, said. “Being in D.C., you really think that machine needs you to run and everyone thinks so much of themselves. But I really began to realize that my heart was really very much empty because I wasn’t able to give back in the way I want to.”

“You decided to come back and work in the hood,” Brooks said. “Why is that so important?”

“Because exposure is really everything, man,” answered Alexander, who knows intimately that many poor children are not shown what is possible. “I really do believe that you can’t beat what you can’t see. So it was important for me to come back and just be the best version of myself that I can possibly be because I know there are so many young people who are watching.”

Alexander never forgot the individuals who were in his life that enabled him to not only believe in himself but also to see that there was more in the world for him. He recently joined Project H.O.O.D. as the director of health and wellness to help the oft-traumatized children achieve the mental and physical well-being that is necessary to achieve in school and beyond. He also joined knowing that, because he walked the path through an impoverished community to success, his words will carry weight with the children he mentors.

While the pastor knows that this path is not for everyone, he knows that having more Brian Alexanders by his side will only help.

“It’s gonna take people who have achieved educationally, professionally, to make a conscious decision to say, ‘You know what? The hood needs me,’” the pastor said.

It is through the selflessness of men like Brian Alexander that the next generation benefits.