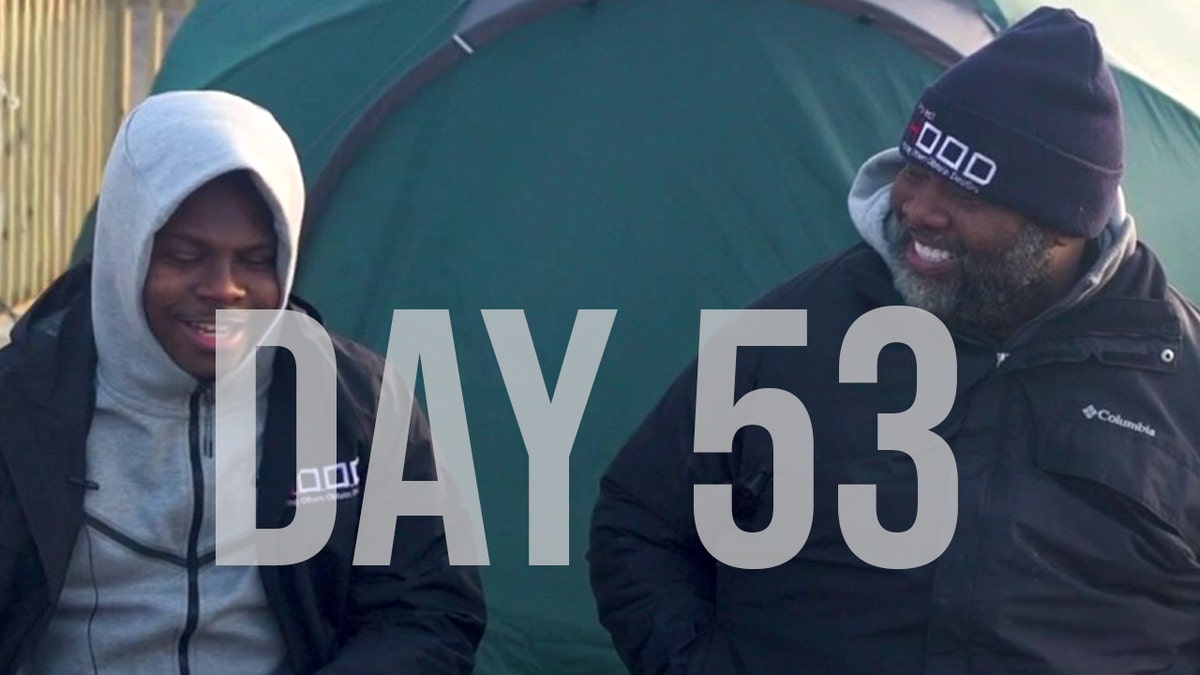 CHICAGO – Not only does Pastor Corey Brooks live in the South Side of Chicago neighborhood that he ministers in, he also often takes in youths who may need additional mentoring or a stable family environment. One of these youths is DeMarius Langston, a student who lives with the pastor and his family. Though he has a stepfather and a mother that love him, he needed stronger discipline and male reinforcement, and the pastor opened his home.

On the 53rd day of his 100–day rooftop vigil to raise funds for his community center designed to transform lives, the pastor invited Langston up for a campfire chat. Like most kids in the neighborhood, there was nothing but trouble all around Langston, from failing schools to gangs. What helped keep him off the streets was one of the pastor’s early community programs called Refuge. Langston started off the conversation by reminding the pastor of that.

“We used have Refuge every Friday night,” the pastor said. “We would have it so that all the kids from the neighborhood could come and hang out. They could dance, they could eat, they could play music, just peaceful … how important was that?”

“That’s what we were trying to do with Refuge,” the pastor said. “It’s important that kids get to know each other, and they should not be disliking each other just because you live two blocks away or three blocks away or four blocks away.”

The pastor then remembered an old memory. 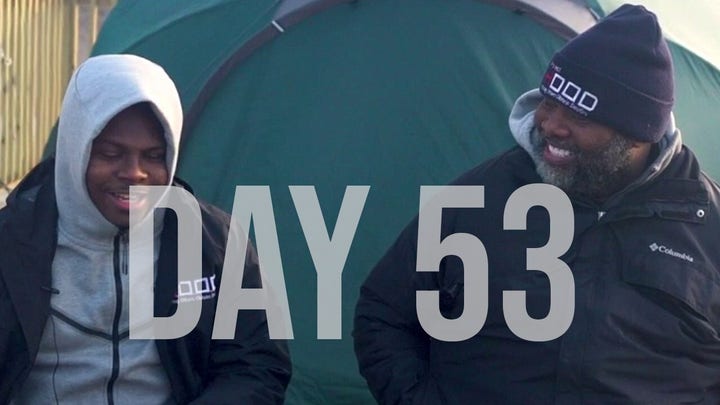 “I’ve been trying to raise you and keep you on the right track,” the pastor said. “Do you remember the first time that I really got on you?”

“I want to say I stole a 50 cent off your desk,” Langston said hesitatingly. “I didn’t think he would’ve noticed 50 cents gone him from his desk. So, throughout the day, he kept just picking about it, throwing out hints that he knows that it’s gone. So I had to confess because it was eating me up on the inside. I was like, ‘Pastor, I can’t lie. I stole 50 cents from your desk.’ And he tried to act shocked.”

“So what did we do?” the pastor asked.

Langston recounted that the pastor made him put on boxing gloves for a match.

That experience proved to be a bonding experience. Whenever Langston had free time after school or on the weekends, he came to the church on his own to hang with the pastor. Sometimes that just meant sitting in the car while he ran errands for the church.

“I have a stepfather my mother been with ever since I was 2, and I consider him as my father,” Langston said, adding that the pastor was also his father figure. “I don’t even know my biological father at all. So it’s very important because they keep you on a track. They keep you on track because I feel like it’s hard for a woman to raise a young Black man, especially in this neighborhood.”

“These sisters, they’re doing the best they can do,” the pastor said. “Like your mom is working and doing the best she can do, but it’s hard for a sister to raise boys in this neighborhood. Why is that?”

“She’s working, and I got to look out for myself till she gets back,” Langston answered. “There’s nothing for me to do but be in the streets. Because there’s nothing.”

That is why the pastor opened the doors of his home to Langston. The warmth and security of that home frees Langston from the worries on the street so that he may continue his studies while working on his music gifts.

“We talk about the principles that it takes to make it, and nobody is going to give you anything, right?” the pastor said.

“I hope my house is still together while I’m on this roof.”

“I hope you all ain’t tore up my house.”