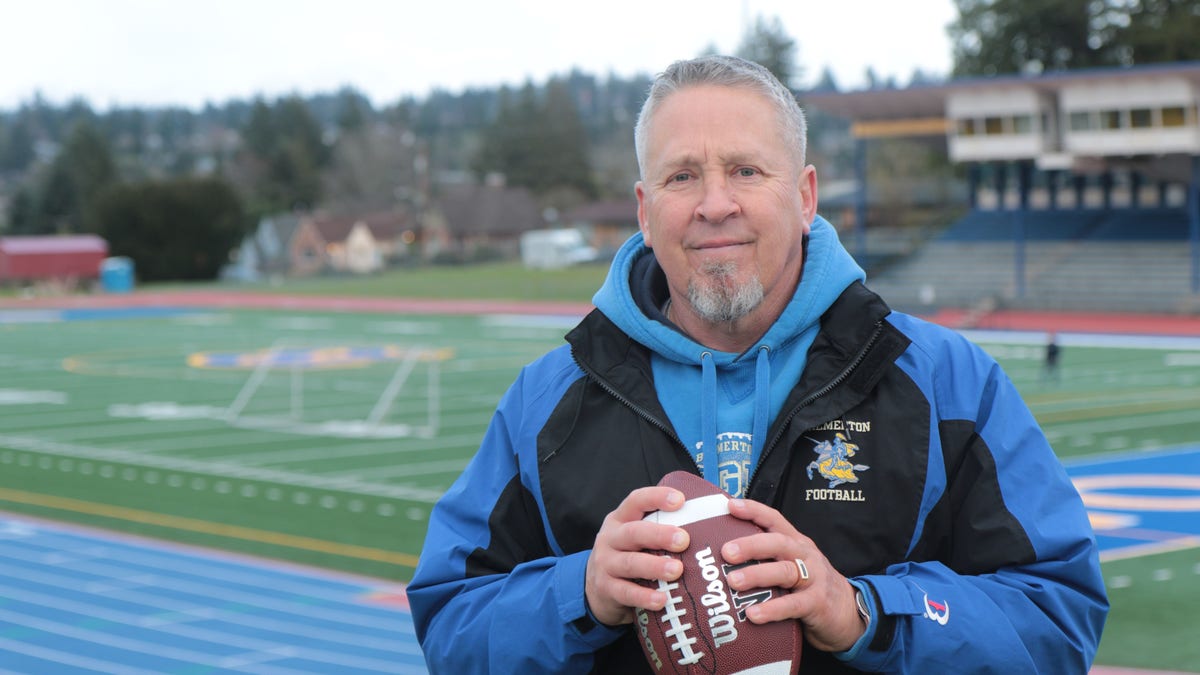 Monday, the U.S. Supreme Court will hear the case of Coach Joe Kennedy, a football coach who has been banned from doing the thing he loves for more than six years. The reason: He exercised his constitutional right to pray silently at the 50-yard line at the end of games.

Coach Kennedy’s school district in Washington State prohibits him from engaging in any “demonstrative religious activity” that is “readily observable.” This includes Coach Kennedy’s practice of engaging in silent prayer at the end of football games, whether the team won or lost. It was that silent prayer that caused the school district to fire him more than six years ago.

The Ninth Circuit, siding with the school district, found it problematic that “spectators, students, parents, and community members” might observe Coach Kennedy’s “religious conduct.” But that broad reasoning would seem to allow a public school to fire a teacher for wearing a crucifix or a yarmulke, or even bowing his head for a brief silent prayer before eating in the cafeteria.

The school district and the Ninth Circuit are wrong. The right to pray silently is in the core of the First Amendment. And public school teachers, like other government employees, do not check their constitutional rights at the door when they agree to pursue a career of public service.

Making matters worse, the school district’s approach sends the exact wrong message. We should be encouraging people of faith to pursue noble careers educating and coaching our youth. Stripping people of faith of their dignity when they walk through the schoolhouse door does just the opposite.

A police officer on duty during a demonstration by victims of gun violence in front of the Supreme Court on Nov. 3, 2021.
(Joshua Roberts/Getty Images)

That is why I (Ashley Moody) filed a brief in support of Coach Kennedy’s case. As Florida’s Attorney General, I believe no American should be forced to choose between their faith and the job they love. Banning a public school’s coach from praying, just because he can be seen by the public, is wrong and violates the Constitution.

I (Tommy Bowden) agree. My Dad, Coach Bobby Bowden, stood alongside Coach Kennedy. He taught me never to be ashamed of my Christian faith, which—even more than football—gave his life meaning. He also taught me the importance of prayer. The character that drove my dad to be one of the greatest football coaches of all time was rooted in the faith he developed on his knees in prayer.

Like Coach Bowden, we each agree that the Ninth Circuit’s decision sets a dangerous precedent that goes beyond putting people of faith in jeopardy of losing their job. If one must hide their faith at work, then the promise of the First Amendment is all but lost.

Before Coach Kennedy coached football, he served in the Marine Corps for 18 years. He, as well as anyone, understands the sacrifices that are made to secure the rights of every American. For the last six years, the system he gave 18 years to protect has let him down. The Supreme Court must right this wrong.