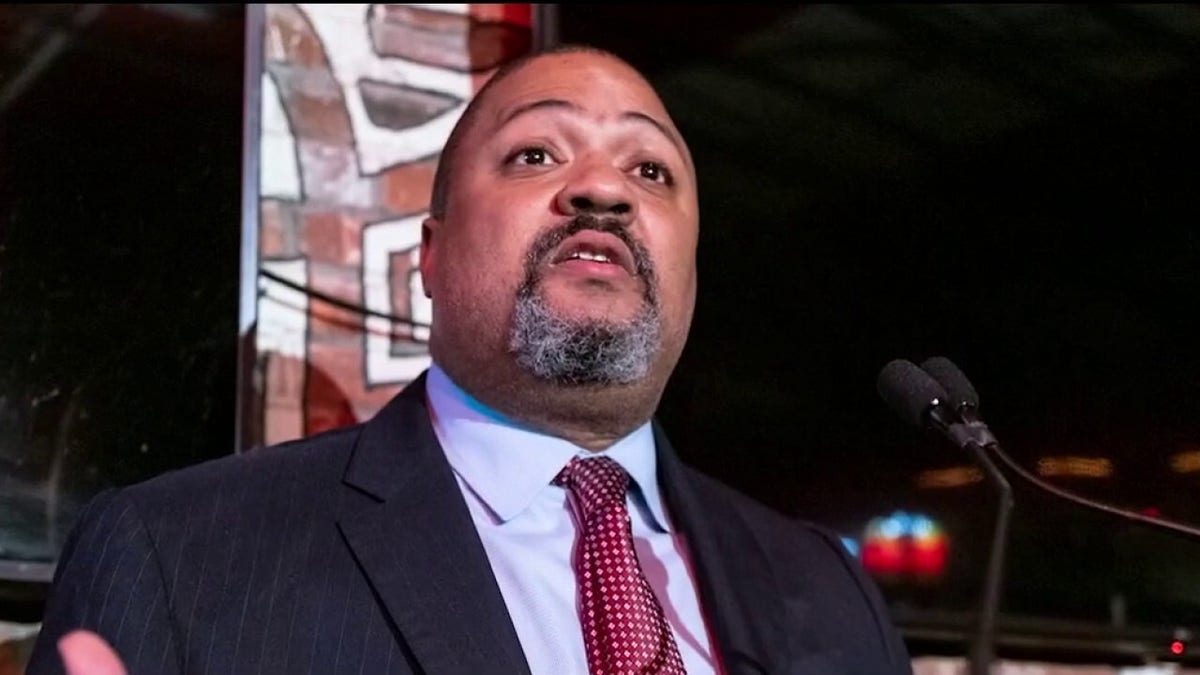 Less than a week ago, New Yorkers closed the book on a year that saw 485 murders—a slight rise over 2020, which saw a massive increase over 2019. Along with marking the end of Bill de Blasio’s tenure as mayor, 2021 also became the fourth consecutive year in which Big Apple homicides increased. Four straight years of homicide increases: that has never happened in my lifetime.

Depressing as the crime data have been as of late, many Gothamites rang in the New Year with optimism about new mayor Eric Adams, a former cop who ran on an explicitly anti-crime platform. But New Yorkers are quickly learning that last year’s election outcomes weren’t universally anti-crime.

MANHATTAN DA: ‘I DON’T UNDERSTAND THE PUSHBACK’ TO LIGHTER PUNISHMENT FOR VIOLENT CRIMINALS

On January 3, newly minted Manhattan District Attorney Alvin Bragg distributed a memo setting out a number of radical changes to the office’s approach to law enforcement.

For starters, he was doing away with the whole “enforcement” thing for a host of offenses: fare evasion, trespass, traffic infractions, resisting arrest, prostitution . . . the list goes on. With some exceptions, these offenses (among others) will no longer be prosecuted in Manhattan. Many other misdemeanors will now be met with diversion into “programs,” completion of which will also trigger non-prosecution.

More serious charges, like robbery and burglary, will be downgraded in many cases, according to the memo. If someone robs a convenience store with an empty gun, a Manhattan prosecutor must now charge the offender with petit larceny (a Class A misdemeanor) instead of robbery in the first degree (a Class B felony). Never mind that in a situation like that, the clerk, if armed, would be well within her rights to shoot the crook dead—such conduct is no longer deemed serious enough to warrant the kind of prison sentence that would normally accompany a robbery conviction.

These policies reflect several misapprehensions on Bragg’s part. Among them is his focus on offenses rather than offenders. 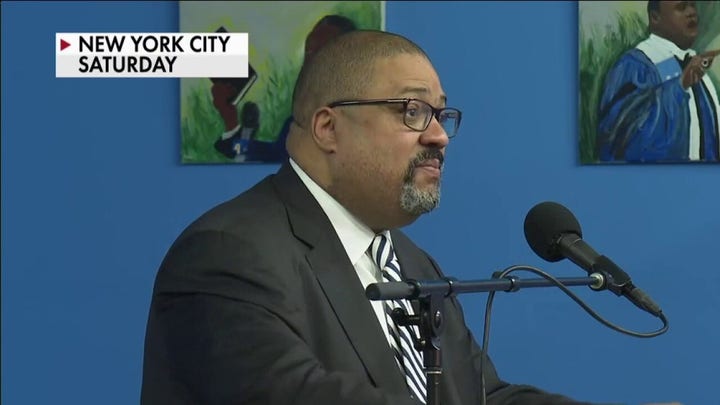 As I’ve written before, criminals often commit a wide range of crimes throughout their offending careers, which means that you can’t treat someone as “non-violent” just because their most recent arrest was for a non-violent crime.

Today’s low-level drug possessor can be tomorrow’s shooting suspect. A better approach would be to conduct a more holistic risk assessment when making charging and bargaining decisions. This would consider the offender’s criminal history, gang involvement, and other factors to determine whether the public would benefit from his incapacitation—and incapacitation, despite Bragg’s comments on deterrence, is the primary function that prison serves. Blanket policies like Bragg’s ignore this reality in favor of the fiction that pursuing even relatively minor charges against high-risk offenders brings no benefits.

If all this were not bad enough, the Bragg memo also establishes presumptions of both pretrial release and non-carceral post-conviction sentences. In other words, if you get arrested in Manhattan, there’s a good chance your case won’t get prosecuted—even if it is, there’s a good chance you’ll be charged with a less serious offense than the one you committed. Plus, the likelihood of spending any time in pretrial detention is now much lower—while the likelihood of being sentenced to probation instead of hard time is now much higher. 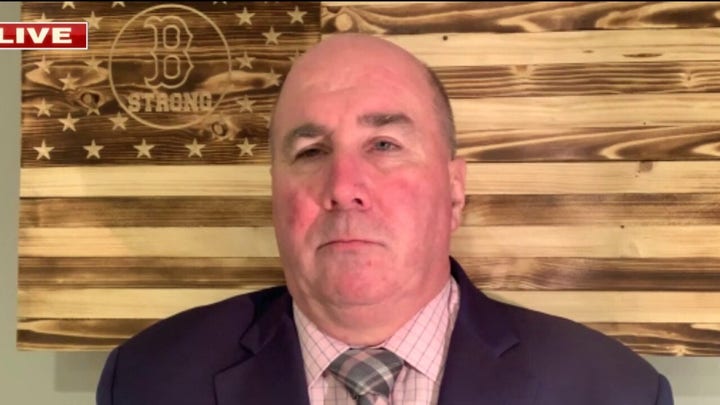 Is this really the message voters want New York City to send to criminals in the middle of a crime spike? Most voters would say no. A Manhattan Institute poll of likely voters published last summer showed a majority (52 percent) of respondents citing “public safety and crime rates” as one of their top two concerns—12 percentage points higher than “the economy,” which came in second. That concern goes a long way toward explaining how Adams rose to the top of a crowded field of Democratic mayoral candidates with more-progressive bone fides.

But there is a disconnect between Adams and Bragg. The day after Bragg distributed his policy memo, Mayor Adams and his new police commissioner were touting a gang takedown with New York’s other “progressive” prosecutor, Brooklyn DA Eric Gonzalez, who, to his credit, seems to have recommitted to targeting gangs last year.

The answer can probably be found in a combination of the district attorney’s race being a down-ballot contest in an off-cycle election in a city with few viable Republicans. Those factors translate to little attention being paid to these races, consequential as they are.

It’s been the case in DA elections across the country.

Consider Philadelphia. Homicides have risen significantly every year since District Attorney Larry Krasner took office (and set a new city record in 2021), but he sailed to reelection last November—with just 21 percent of registered voters turning out.

In California, recall efforts have been launched against the district attorneys in Los Angeles (George Gascón) and San Francisco (Chesa Boudin)—a heartening sign, even if it suggests that a substantial portion of voters were genuinely surprised to learn about their anti-prosecution approaches, about which they were quite open, and which almost seemed designed to destroy the quality of life in those cities.

Anyone following the news has surely seen the stories of unsanitary tent communities, open-air drug markets and shooting galleries, and bands of retail thieves wreaking havoc in California’s progressive enclaves.

The question is whether, with the election of Alvin Bragg, New Yorkers can now expect the same. The answer: it’s hard to say, given how different a city New York is. But the best guess is that Manhattan will be worse off than it otherwise would have been, had a more traditional practitioner of law enforcement been elected DA.

Manhattan can probably expect to see more visible public disorder—fare evasion, open-air drug use and dealing, and brazen shoplifting; an increase in the number of offenses committed by those with active criminal-justice statuses (i.e., those with open cases, and on probation or parole); and, at least in the Upper Manhattan neighborhoods more susceptible to it, a substantial increase in serious violence.

Even if all this comes to pass over the next few years, it’ll be hard to say just how much of it is Bragg’s fault, since the city council and state legislature have already been supporting the decarceration and depolicing policies that Bragg advocates.

What can New Yorkers do to push back? The answer is two-fold. Mayor Adams can use his bully pulpit to pressure Bragg, and the NYPD can try to refer more cases for federal prosecution—assuming the newly appointed U.S. Attorneys for New York’s Eastern and Southern Districts are interested. But that’s about it.

In the end, “progressive” prosecution is a political problem that requires a political solution. Here’s hoping that things don’t get too bad before the city can change course.

Rafael A. Mangual is a senior fellow with and head of research for the Manhattan Institute’s Policing and Public Safety Initiative and a contributing editor of City Journal. His book “Criminal (In)Justice: What the Push for Decarceration and Depolicing Gets Wrong and Who It Hurts Most” will be published in July.