It’s a perk of being a lefty, screwing up only gets you a better job: Gutfeld 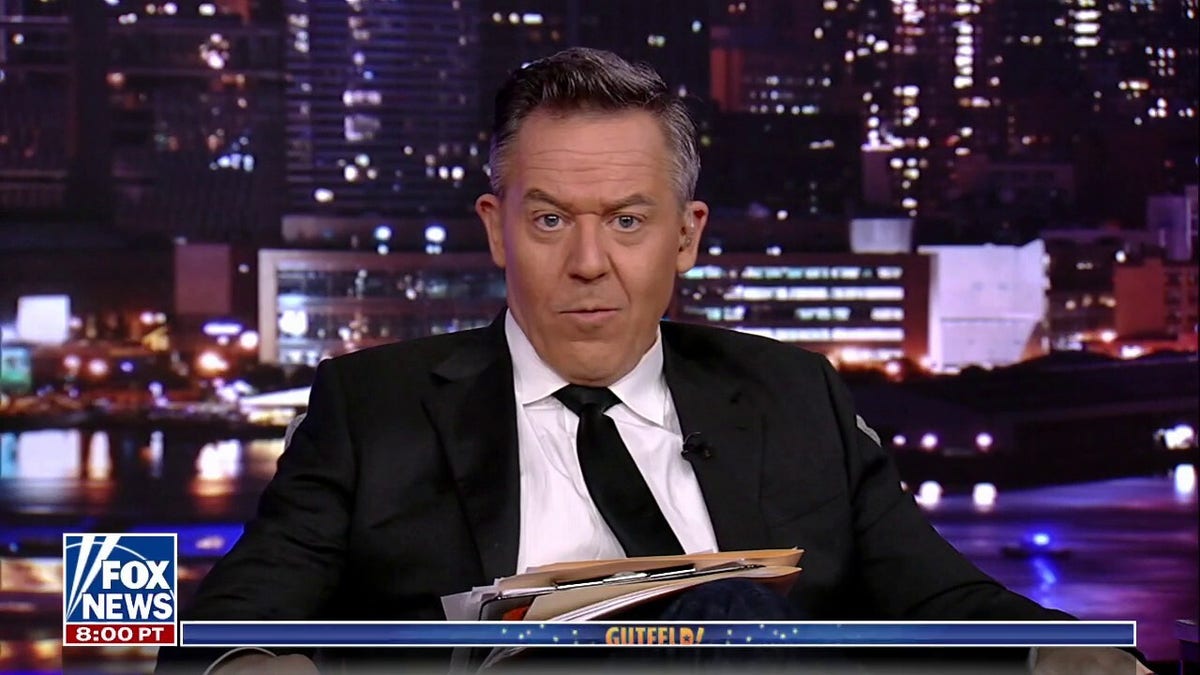 If you watched our show last night, you know that one of our producers, Gene Nelson, was stuck in the elevator for hours, even as we taped the show.

Well, the fire department actually freed Gene, and he was taken to a local hospital where they examined his knee, which was apparently strained when the elevator plunged temporarily.

We’re happy he’s well, though, and we wish him luck in his future career endeavors. Yes, we fired him. He missed a show, and that’s how it goes.

Come on, I’m running a TV show here, not a friggin’ IHOP. I just wish I had a chance to meet him first.

So speaking of trapped, should we talk about Taylor Lorenz? You probably don’t know her, but whatever.

She was a former dishonest reporter for The New York Times, as if that narrows things down.

Who made her living creeping around the web, trying to find people to cancel for saying inappropriate stuff. She’s a real jerk.

She then became a dishonest reporter for The Washington Post to do the same thing. It’s the perk of being a lefty: Screwing up only gets you a better job somewhere else.

But in between being a slimy slug, she went on MSNBC to talk about how she was a victim of online mobbery.

MSNBC HOST: Can you draw a picture of what it’s like when a surge of harassment hits?

TAYLOR LORENZ: It’s completely overwhelming. It’s horrifying, and it’s not just me, either. You know, they immediately dox you and go after your family members. They try and look up everyone who’s ever been associated with you.

You feel like any little piece of information that gets out on you will be used by the worst people on the internet to destroy your life. And it’s so isolating. It’s horrifying. I’m so sorry. It’s overwhelming. It’s really hard.

There’s nothing funny about attempting to make people’s lives unbearable through online mobbery. 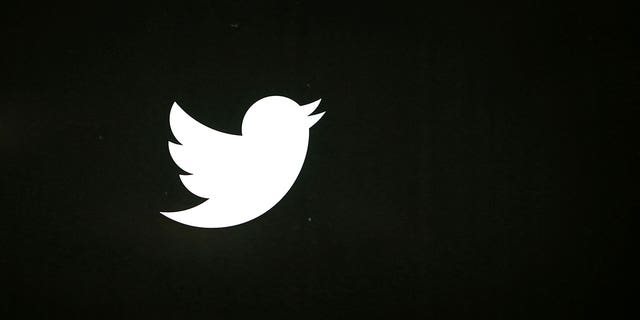 Well, unless it happens to someone who makes their living making people’s lives unbearable through online mobbery, then it’s funnier than Tyrus trying on clothes at Lululemon.

See, Lorenz was a breathless online cop who once eavesdropped on an online discussion and falsely accused a tech executive of using a slur. After she was caught, Lorenz bravely locked her account.

Meanwhile, like an evil Santa Claus, she kept a blog of names of people who said things she deemed problematic. She was her own cancel culture machine, a goon, a thug, a bully, and when it suited her, a victim.

But now, just weeks after she claimed to have severe PTSD — severe PTSD — over being doxxed, which she claims was due to her gender, she’s back to her old tricks, contacting friends and family of the woman behind the popular “Libs of Tik Tok” Twitter account.

Lorenz claims the woman’s posts were anti-gay and inciting outrage, even though the users posted the content themselves, true, the account shows unedited, already public videos of ranty lefties in all their green-haired glory.

But Lorenz was so obsessed she even went after someone with a similar name, which is like me making drug jokes about “Pat Timpf.”

The Washington Post ran her piece, complete with the TikTok lady’s name and a link to the listing of her professional real estate license with her address. That’s doxxing by definition. 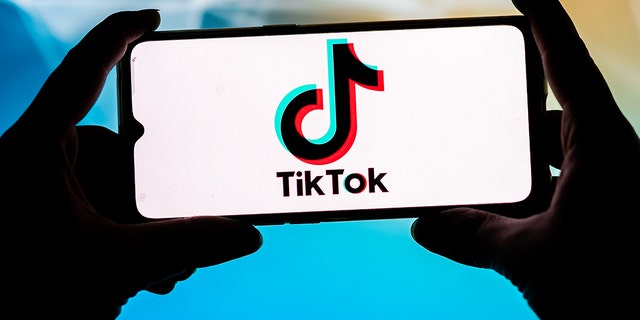 The victim called in to Tucker last night. Let’s play that.

TUCKER CARLSON: How has this affected your life, this Jeff Bezos piece?

LIBS OF TIK TOK: I have to make some travel plans, you know, really fast, but I’m now in a location where I don’t think anyone would find me, not in any of the locations that Taylor Lorenz leaked.

Hmm. So after claiming she was targeted, Taylor Lorenz resumes targeting people she demonizes hiding behind the lie that she’s fighting bigotry, when in fact she just gets off on it and The Washington Post defends her.

The paper denies posting private info of Lorenz’s target, but they did. Sure, they eventually deleted the link, but what you post online lasts forever. Just like those cheesecake photos of Stuart Varney — he’s actually eating cheesecake in them.

Now, in the good old days before social media, Lorenz’s behavior would have cost her a job and wouldn’t even be a job, actually.

She’s doing the opposite of speaking truth to power, instead using her power position to target plebs.

That takes a lot of balls, right? I put it right up there with our great reporters covering the war on the ground in Ukraine.

Now you’ve heard the phrase, “Live by the sword, die by the sword.” Well, I came up with it after living with my college roommate Steve Sword. He was a wild man, nearly killed me. 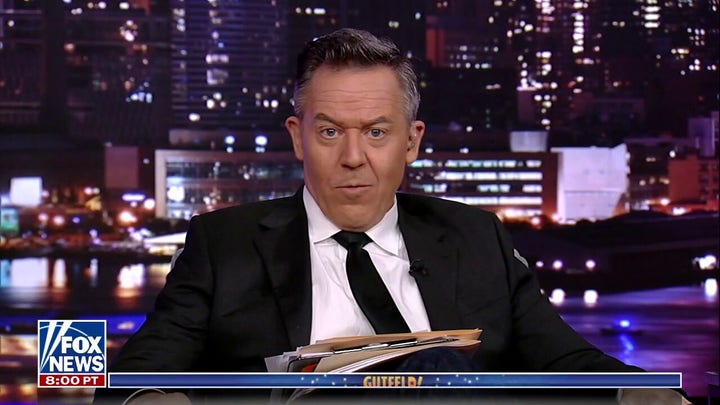 But when you live by the mob, you will be crushed by the mob. What goes around eventually comes around. She’s like the mentally ill guy who attacks an old woman on the street, and when the cops show up to physically take him down, he’s screaming, “Police brutality!”

How can she play the victim? Imagine working with someone like that.

STAFFER 1: I can’t take the bullying anymore. Everyone is so mean to me, and I just can’t handle the disrespect and how hurtful they are. OK, I’m a victim. Alright. I am the victim.

As for Lorenz, she’s worked at big-name, powerful media companies. She’s got power and clout. She can ruin you just by accusing you of saying something and then amplifying it. Even if she’s 100% wrong, she’ll never apologize.

She’s a grown woman with a massive media company behind her, outing the private lives of people. Maybe that’s why she’s miserable.

It’s not about being targeted at all. It’s about how she targets others. Lorenz enjoyed the hunt and the scalping that comes with cancel culture, until it came for her. And still, she can’t stop.

She’s just one example of someone who makes a living depriving others of making a living. She decries the mob unless she’s leading it.

So if anyone would like to protest in front of her house, here’s the address: It’s No. 1 Hypocrite Ave., Jerkville, USA, Apt. 666.

Greg Gutfeld currently serves as host of FOX News Channel’s (FNC) “Gutfeld!” (weekdays 11PM/ET) and co-host of “The Five” (weekdays 5PM/ET). He joined the network in 2007 as a contributor. He is the author of several books. His latest is “The Plus: Self-Help for People Who Hate Self-Help.” Click here for more information on Greg Gutfeld.