Dana Perino: Remembering George H.W. Bush by recognizing a woman who is a true ‘Point of Light’ 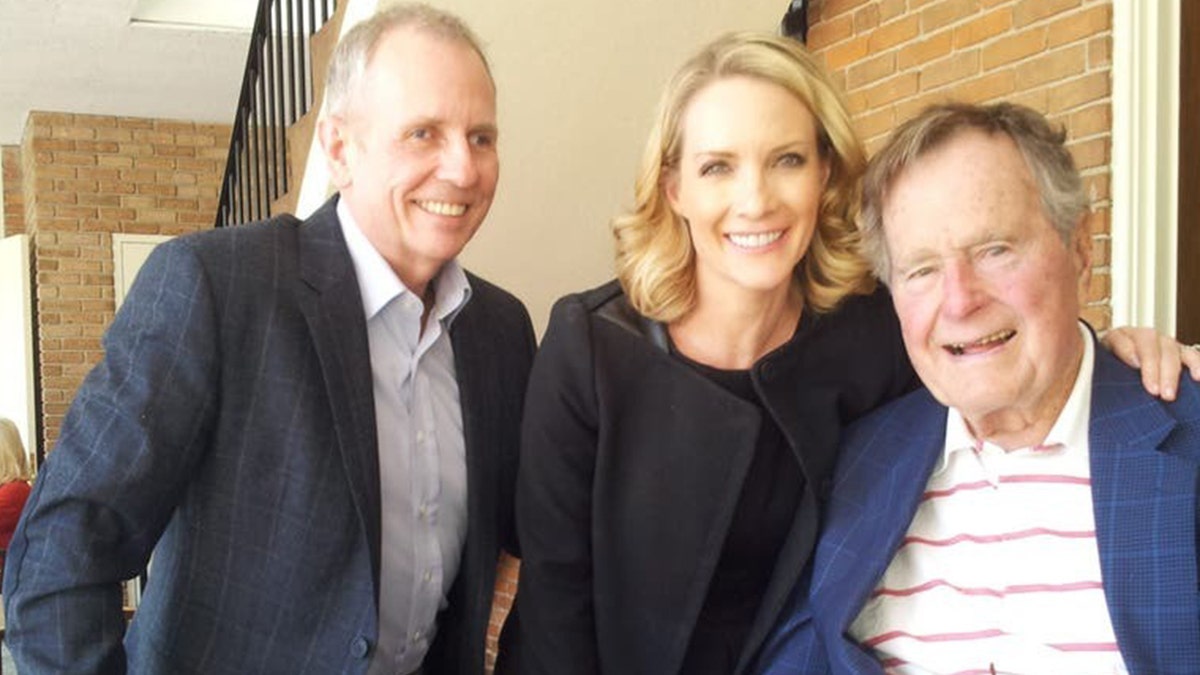 For those of you who know me, you know that I love politics. I’ve always loved politics—even from a very young age.

My first political memory was the inauguration of President Ronald Reagan and Vice President George H.W. Bush on January 20, 1981. It was a crisp winter day in Denver, Colorado. I was 8-years-old.

And that was just the beginning for me. I have dozens of memories from my elementary school years. Many of which are reminiscent of the one above, featuring a powerful speech from then President Reagan. But it wasn’t until President George H.W. Bush took office that these memories started to have a big impact on me.

Growing up out West, I learned about independence, self-reliance, patriotism and the blessings of freedom. It made me realize how special America was, reminding me to live with gratitude. And I always felt like President Bush understood this, too.

Every time he spoke, I listened. His words were gentle and strong. Kind and powerful.

The first time President Bush used the phrase, “points of light,” was during his soon-to-be-famous acceptance speech at the 1988 Republican National Convention. 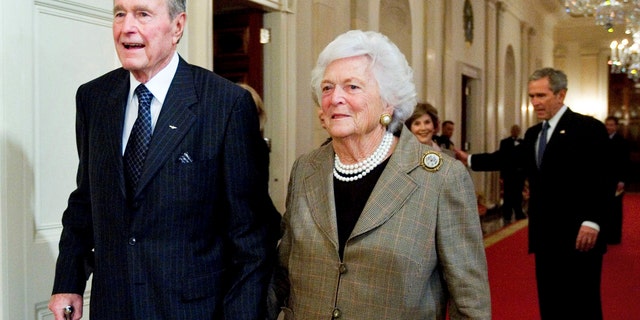 FILE – In this Jan. 7, 2009, file photo, former President George H. W. Bush, left, walks with his wife, former first lady Barbara Bush, followed by their son, President George W. Bush, and his wife first lady Laura Bush, to a reception in honor of the Points of Light Institute, in the East Room at the White House in Washington.  (AP Photo/Manuel Balce Ceneta, File)

A then-Vice President Bush took the opportunity to praise America’s clubs and volunteer organizations, likening them to “a brilliant diversity spread like stars, like a thousand points of light in a broad and peaceful sky.”

It was a moment of unity and inspiration.

He echoed the metaphor in his conclusion as well, vowing to “keep America moving forward, always forward—for a better America, for an endless enduring dream and a thousand points of light.”

That speech would follow him for the rest of his life.

From the campaign trail to the Oval Office, President Bush’s “thousand points of light” became his signature phrase. It reflected his steadfast commitment to community and volunteerism. It celebrated the timeless virtues of duty, sacrifice and patriotism. And it encouraged Americans do pitch in and do their part.

While in office, President Bush presented the “Daily Point of Light Award” to everyday Americans who were making a difference in their communities. It was a great tradition, and it helped recognize the goodness in America. By the end of his four-year term, he had formally recognized more than 1,000 individuals for making a difference. 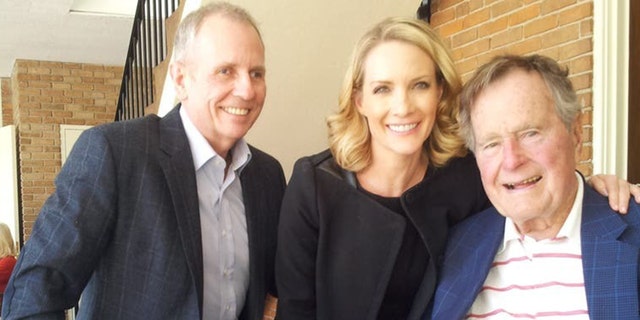 But he didn’t stop there. His work continued post-presidency through his establishment of the Points of Light Foundation—a global, independent, nonpartisan, nonprofit organization committed to encourage and empower the spirit of service.

FOUR SURVIVING EX-PRESIDENTS AND WHAT THEY ARE DOING NOW

The challenges facing our world today are far-reaching and quite complex. But the solutions to these problems also seem unclear.

The Points of Light Foundation aims to help create a society where it is easier for us to take action. No matter how small, anyone can have an impact and change a life. Especially when you have Points of Light serving as our cultural catalyst. 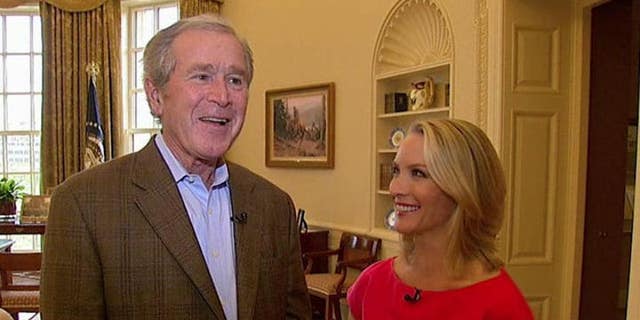 The third annual George H.W. Bush Points of Light Awards are on Tuesday, September 28th. The awards celebration was created a few years ago to celebrate the transformative power of the human spirit and honor the legacy of President George H.W. Bush.

Each year, the Points of Light Foundation recognizes four special individuals who exemplify and embody the very values that President Bush lived each day of his life. In short, these are individuals who are effectively changing the world.

I am honored to be introducing one of this year’s four award recipients: Francine LeFrak.

For those of you who watch “The Five,” you may be familiar with her from times I’ve spotlighted her foundation as my “One More Thing.” 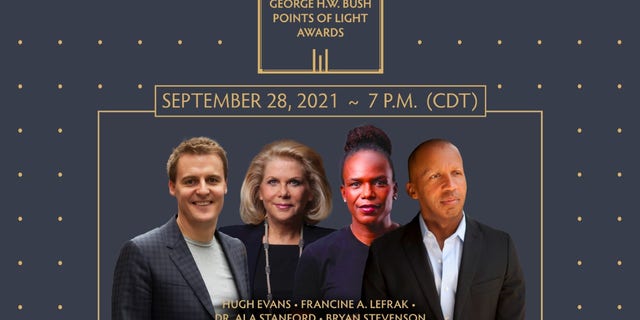 Francine is one of the brightest points of light I have ever known.

I met Francine through our mutual friend and a Points of Light Foundation Board Member, Marie Unanue. Marie thought Francine and I would have a lot in common. Little did Marie know that she would be introducing me to my new role model.

Francine has the wherewithal to do anything she wants any time she wants. And what she chooses and wants to do is help others, especially women.

Francine’s work in Africa began decades ago — when she spent eight years working on a documentary, researching the devastating impact of the Rwandan genocide.

Caring deeply about gender equality and women’s empowerment, and watching these remarkable survivors rise above — Francine knew she had to do more.

With her longstanding love for art and beauty in mind, Francine founded Same Sky — a trade initiative employing Rwandan women to produce stunningly crafted, feel-good jewelry pieces. And what began with just a handful of artisans soon grew into a global mission — giving women the power to change their lives through employment.

Francine believes that while talent is everywhere, opportunity is not. She saw the talent of these resilient women, and wanted to shine light on it.

Beyond Africa, Francine is out to change the conversation for women at home, too. Through job training programs and providing access to education, Same Sky America seeks to empower formerly incarcerated women in need of a second chance.

Francine is one of those people I am proud to call my friend. She is confident, direct, and purpose-driven. She inspires me to give back and reminds me that serving others is actually how you find out more about who YOU are.

In Francine, I’ve found someone to look up to — and someone whose hand I can always find to hold.

I am grateful for the light that she shines on my life. And in my heart I know that President Bush is grateful, too.

Dana Perino currently serves as a co-anchor of “America’s Newsroom with Bill Hemmer & Dana Perino”(weekdays 9-11 a.m. ET) and also serves as co-host of “The Five” (weekdays 5-6 p.m. ET) and “Dana Perino’s Book Club” on Fox Nation. She joined the network in 2009 as a contributor. Click here for more information on Dana Perino. Follow her on Twitter@DanaPerino.