David Bossie: Biden is trying to govern like FDR in 1933 with his $3.5T spending spree 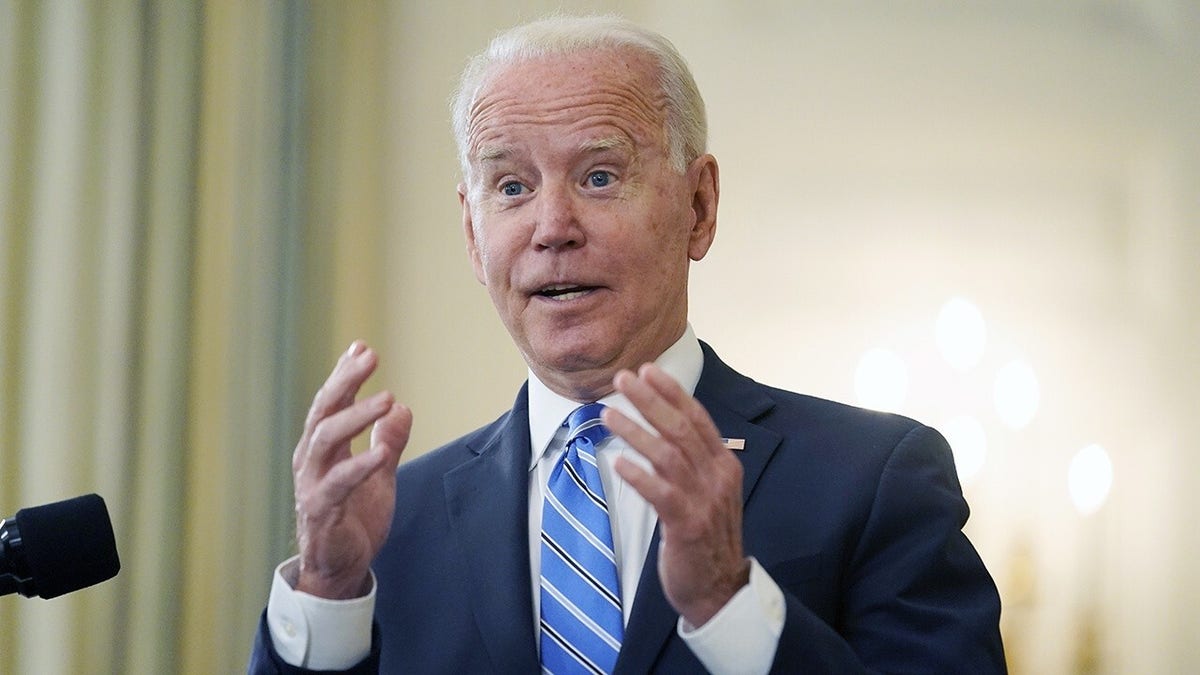 You’re damned if you do and damned if you don’t. That’s the predicament President Joe Biden finds himself in with the irresponsible $3.5 trillion budget reconciliation boondoggle that’s currently stalled in Congress.

Biden is betting his presidency on the passage of both a $1.2 trillion dollar infrastructure bill — along with the Bernie Sanders’ authored multi-trillion dollar socialist wish list — a bill that that aims to fundamentally transform the United States of America from a vibrant Constitutional Republic into history’s next failed socialist state.

Even though Democrats control the White House, House of Representatives and Senate, their scant majorities make it extraordinarily difficult to pass legislation, regardless of its size and scope. 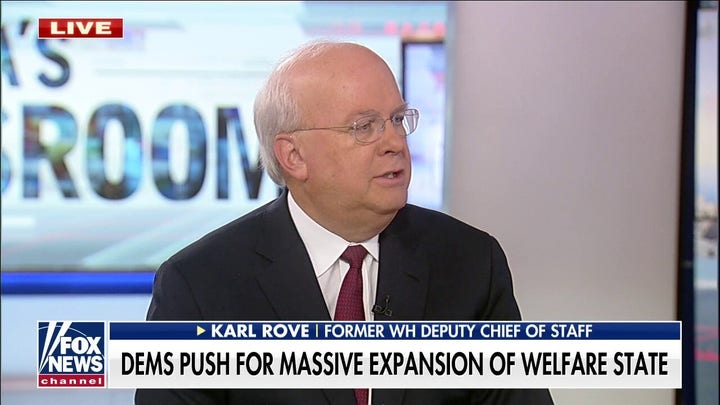 In order to support the Senate approved “smaller” infrastructure bill — labeling something that costs $1.2 trillion “small” is a testament to the out of control world of spending we live in – radical progressives in the House are demanding that their massive $3.5 trillion package be considered simultaneously.  If not, the fringe leftists in the lower chamber have vowed to tank the infrastructure bill due to Biden’s, House Speaker Nancy Pelosi’s and Senate Majority Leader Schumer’s perpetual hollow promises.

Despite the legislative pickle Democrats find themselves in, President Biden has chosen not to change course from his wrongheaded “go big” strategy.  Biden is trying to govern like FDR in 1933 despite having no mandate from the American people to do so.

Through sheer arrogance and recklessness, Biden, Pelosi and Schumer have gotten themselves into a fine mess.

Biden is in the White House because of just 42,000 votes in three states; the American people didn’t vote for his radical, country altering agenda. But Biden the career politician has been in Washington too long to listen to the masses.  When asked about the specter of Democrats failing to pass his behemoth spending proposal, Biden went all-in by saying “victory is what’s at stake.” 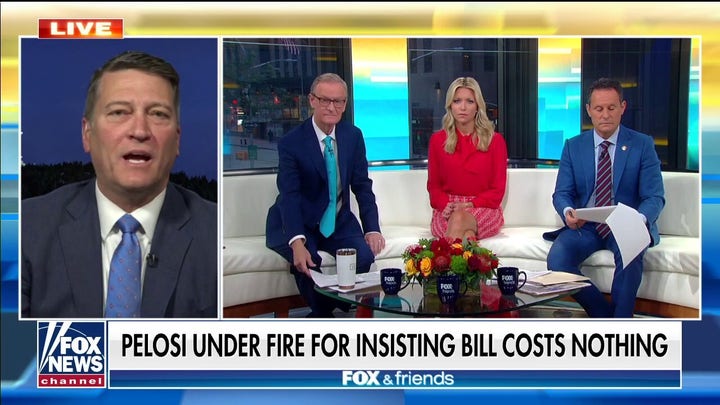 President Biden is determined to ram his risky spending program down the throats of the American people on rigid partisan lines, no matter the fall out.  So much for unity!  This episode is proof positive that Biden started his presidency off with a lie — that he was interested in ending division and bringing the American people together.  The enormity of this missed opportunity will be written about in American history books for decades to come.

The New York Times — always speaking for the far-left — is doubling down on Biden’s unhinged all or nothing strategy.  The Old Gray Lady’s recent eye-popping headline, “Biden’s Entire Presidential Agenda Rests on Expansive Spending Bill,” speaks volumes about the pressure coming from the socialist left pushing Biden to pass the $3.5 trillion bill by hook or by crook.

With this “failure is not an option” posturing, if this legislation does goes down — heads must roll. The mainstream media should call for the firing of Biden’s entire West Wing legislative staff, including Chief of Staff Ron Klain and Domestic Policy Council Director Susan Rice.

The left is prepared to say or do anything to get their socialist bucket list across the finish line. Look no further than Biden’s most recent false statement that the bill won’t add to the national debt. 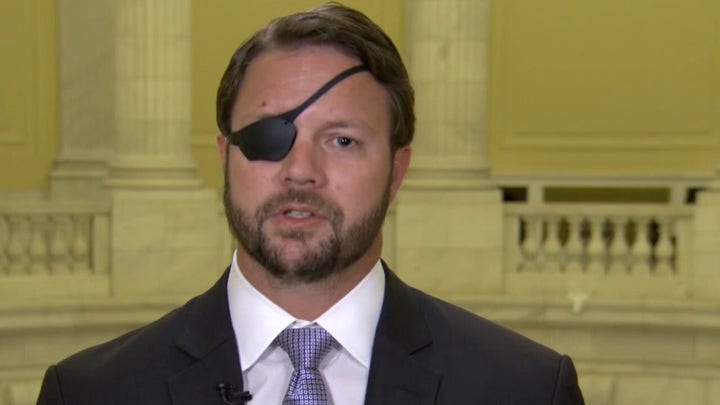 Biden raised eyebrows when he tweeted, “My Build Back Better Agenda costs zero dollars,” despite the fact that the final bill — along with huge tax increases — hasn’t even been finalized yet.  This tweet is going to be remembered as the real “big lie.”

I’m old enough to remember a time when the non-partisan Congressional Budget Office would be tasked with “scoring” a piece of legislation of this magnitude before it was voted on. President Biden should ask the CBO to prove him right.

The American people are being asked by the Democrat majority to ignore this train wreck of a process — lacking any real transparency whatsoever — and just take their word for it. They say that the devil’s in the details and that’s exactly why Biden, Pelosi, and Schumer aren’t providing any. The American people should tell their member of Congress and Senators to reject the Democrats’ amorphous $3.5 trillion tax and spend “framework,” whatever that means.

Passage of this colossal spending bill, however, guarantees the Democrats absolutely nothing and comes with an enormous downside.  Back in 2009 and 2010, getting their $800 billion stimulus package as well as ObamaCare signed into law still cost the Democrats 63 House seats along with their majority.

Remember the infamous Obama-Biden “Cash for Clunkers” program and their promises of “Shovel Ready Jobs” if their stimulus bill passed? The garbage that’s hiding in the current $3.5 trillion dollar bill will make that disaster look like a molehill by comparison.

Let’s also not forget that Biden and the Democrats have chosen to ignore the flashing warning signs of an inflation catastrophe if their massive spending bill is approved. Hardworking Americans are already seeing the price of gasoline, food, and other staples increasing, and injecting another $4.7 trillion — or more — into the economy now could cause an economic calamity and blow our national debt out of the water just in time for the 2022 midterm elections.

Through sheer arrogance and recklessness, Biden, Pelosi and Schumer have gotten themselves into a fine mess.

The American people deserve far better.  They voted for politicians who promised to solve their problems.

Unfortunately, these Democrats have done the exact opposite.

David N. Bossie is president of Citizens United, a Fox News contributor, the 2016 deputy campaign manager for Donald Trump for President, and the former chief investigator for the U.S. House of Representatives Committee on Government Reform and Oversight during the Clinton administration. He is the co-author with Corey Lewandowski of “Trump: America First: The President Succeeds Against All Odds,”  along with “Let Trump Be Trump”  and “Trump’s Enemies.”