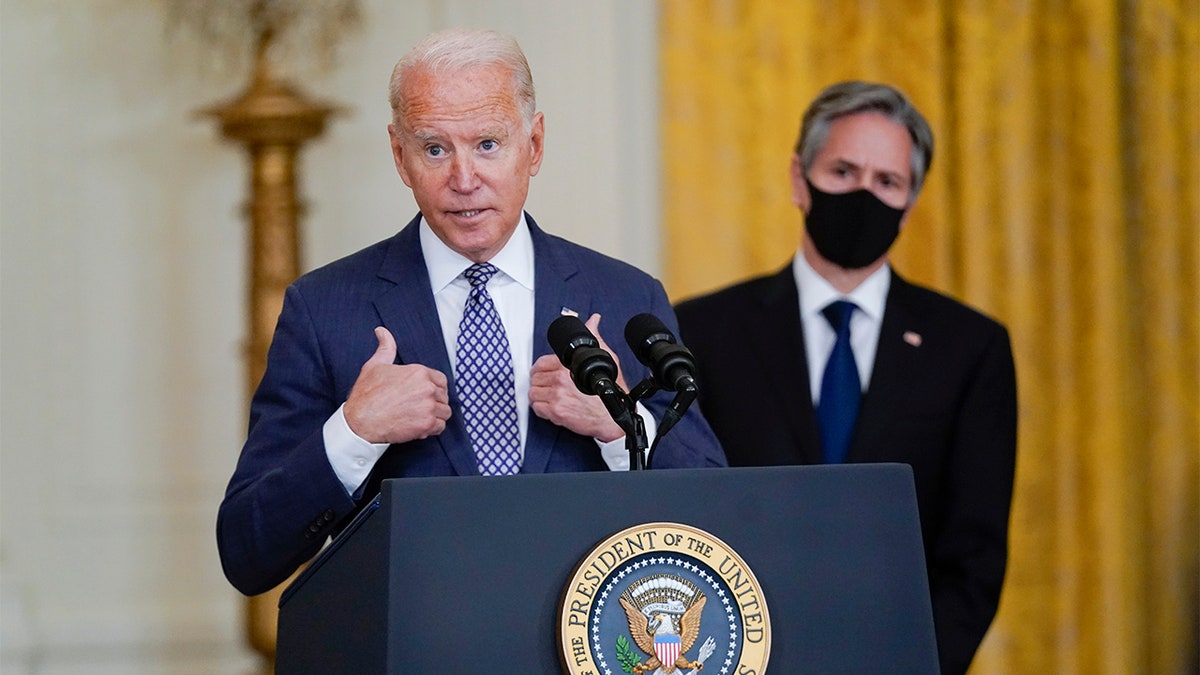 The Biden White House is in free fall. The president’s approval ratings continue to slide and will likely get worse as Americans digest the disasters of recent days and put the blame squarely where it belongs – on Joe Biden.

When we piece together the killing of innocents in Afghanistan, the tens of thousands of unvaccinated Haitians illegally entering our country, the insulting treatment of France, this country’s first ally, and the FDA’s smackdown of the president’s coronavirus booster plan, we conclude that our country is being run by an arrogant man of modest capabilities who has surrounded himself with mediocre talent.

These catastrophes are not lightning strikes or other acts of God; these are horrors resulting from foolish policies badly enacted. Joe Biden has brought every one of these mishaps on himself.

Biden hopes it will all blow over, allowing him to get back to the more important business of “transforming” our country, but putting Afghanistan in the rear-view mirror will be difficult. Weekly if not daily reports of Taliban atrocities will remind us of Biden’s feckless determination, against the advice of his military, to hastily exit the country.

What will certainly not blow over is the growing awareness of Biden’s weakness. The president knows he is not a smart man.

Over the years, he has snapped at those who dare to question his academic record and has lied about his accomplishments in law school. He has also been caught plagiarizing on more than one occasion. Only a person who doubts his intellectual abilities lies about his class rank and steals thoughts and speeches from someone else.

The American president does not have to have a Mensa-level IQ. He does, however, need to know what he does not know. He needs the humility and insight to hire talented people and to listen to their advice.

That is not Biden. His military advisers told him that the Afghan government might not hold, and that the Taliban might quickly take over the country. He knew better.

He has also not picked an A-team, and it shows, especially in America’s dealings with other nations.

Biden’s polling on foreign policy is dismal, with only 40% approving and 54% disapproving.

Secretary of State Antony Blinken has helped deliver those low marks. His first high-profile diplomatic mission was his March meeting in Alaska with his Chinese counterparts, at which he was humiliated by Beijing’s top diplomat Yang Jiechi.

Blinken spoke of global concern (because he aspires to represent the globe, not just the U.S.) about China’s human rights abuses, but instead of the expected brief diplomatic response from Yang, received a 15-minute tongue-lashing about American racism and efforts to export democracy.

As challenges to the United States mount, especially from China, we cannot afford weak and feckless leadership.

The secretary was unprepared for the verbal assault; he was primed to be celebrated as the emissary of the new non-Trump administration. He was wrong but worse, he failed to stand up to Yang, instead projecting weakness.

It was presumably with Blinken’s blessing that Biden begged Vladimir Putin for a summit earlier this year and had to bribe the reluctant Russian leader by lifting sanctions on entities building the Nord Stream 2 Pipeline. This was an unimaginable handout to an adversary who has in the past choked off natural gas exports to Ukraine for political advantage. 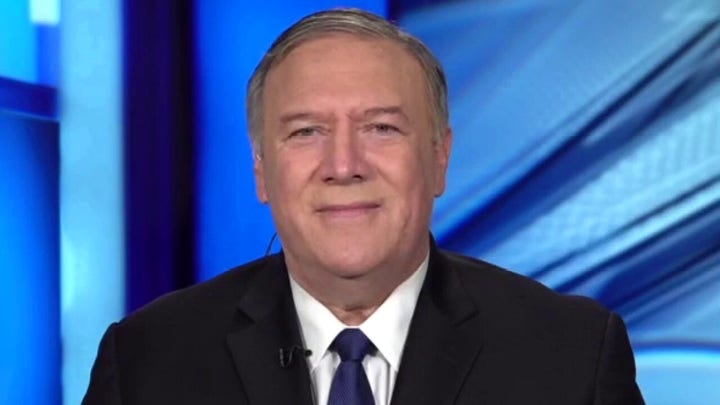 That’s not the only time that our president has been rebuffed. Evidently Biden, in a recent 90-minute phone call, asked China’s President Xi Jinping for a meeting, and was turned down. Though Biden later said the report of the conversation was “not true,” many sources confirmed the humiliating back and forth.

Most recently, Blinken has managed to offend the French, leading to their highly unusual decision to withdraw their ambassador. He brought together the United States, Australia and Great Britain in a join defense pact that would give Australia the American tools necessary to build nuclear submarines, with the aim of challenging Beijing’s growing strength in the Indo-Pacific.

The loser in the deal is France, our oldest ally, which had concluded a $66 billion contract to build submarines for Australia. Most offensive: apparently Paris learned about the deal only hours before it was publicly broadcast. Not giving France a private heads-up is an inexcusable snub. 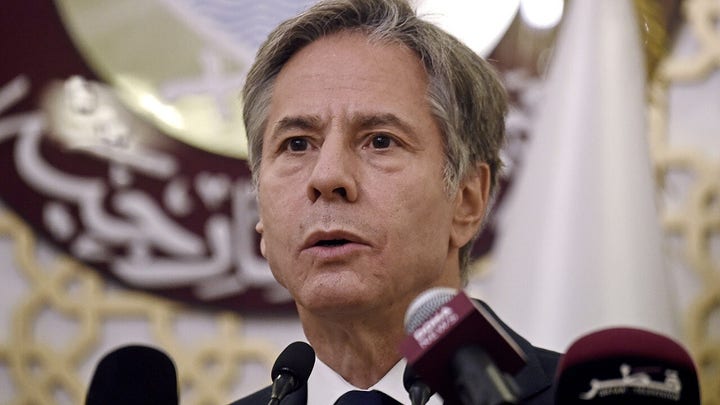 But it has been in confronting the Afghanistan disaster where Blinken‘s shortcomings have been most visible. When questioned by members of Congress, he was evasive about the number of Americans and green card holders remaining in the country, or how we might be negotiating their release. His performance was insulting.

Throughout the Afghanistan withdrawal it was clear that the State Department had made inadequate plans for evacuating or housing refugees, who ended up living in squalor.

Countering critics, Blinken was quick to blame the Trump administration, explaining, “We inherited a deadline. We did not inherit a plan.”

Neither of those things is true. There was a plan in place that laid out the requirements for a troop withdrawal, and there was no “deadline.” In fact, the Biden team moved the deadline – twice. 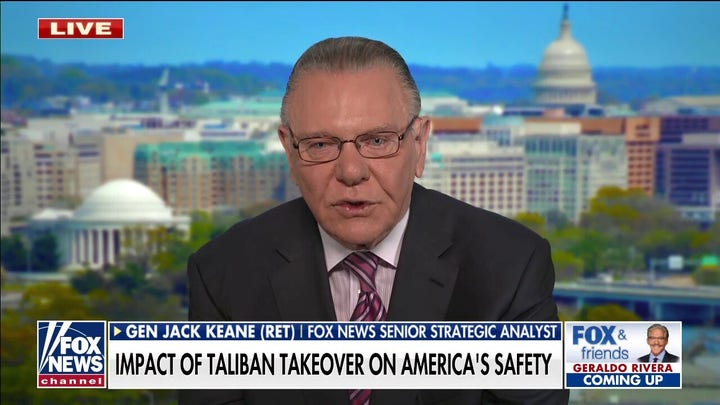 Blinken is a card-carrying globalist who believes the mushy feel-good nonsense that led President Clinton to encourage China’s entry into the World Trade Association and that argues Iran is desperate to rejoin the family of nations. These people embolden our adversaries and weaken our alliances.

It is possible that Biden himself has orchestrated some of these embarrassments, such as begging Xi for a sit-down. But if Blinken is unable to guide the president, and to offer sound counsel, he should resign.

As challenges to the United States mount, especially from China, we cannot afford weak and feckless leadership.