COP 27: Conference is underway and our liberal media has clamped down on any dissent from the climate cops 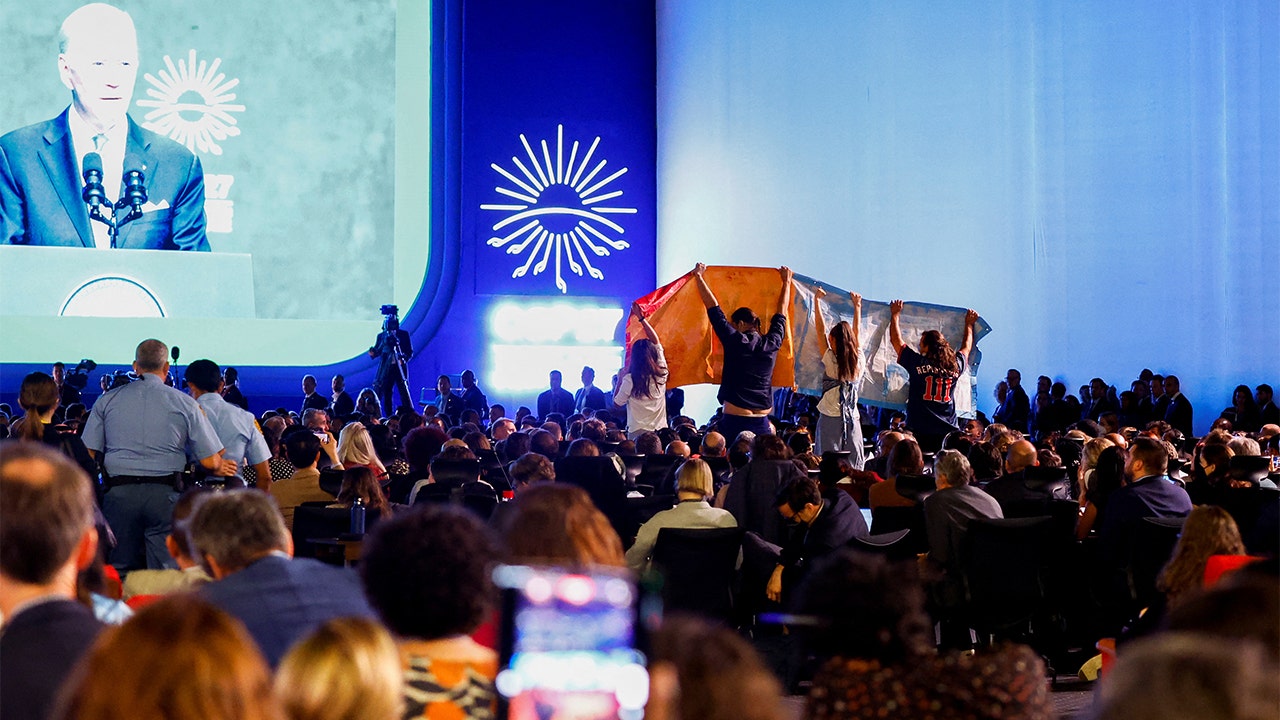 The United Nations is one of the most sacred political cows in the liberal media. This is especially true when they convene the global elites on the perils of “climate change.” The latest confab in Sharm el-Sheikh, Egypt, began with the usual appeal to fear and panic from U.N. Secretary General Antonio Guterres, formerly known as the Socialist Party prime minister of Portugal.

“Our planet is fast approaching tipping points that will make climate chaos irreversible,” Guterres warned. “We are on a highway to climate hell with our foot still on the accelerator.” If that AC/DC song echo wasn’t strong enough, he added, “It is either a climate solidarity pact, or a collective suicide pact.”

Journalists consider anyone who questions this my-way-or-hell viewpoint as not only a “denier” of science but an enemy of the people. Their standard practice is to sound like U.N. publicists.

NPR’s comically titled newscast “All Things Considered” ran a U.N.-boosting story on Nov. 7 that they headlined “U.N. climate conference opens with alarming warnings about the global climate.” There was no dissent allowed from the “highway to climate hell” talk. 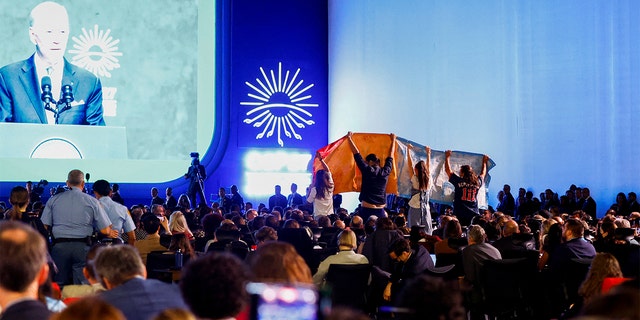 Conservatives are calling this the “Sharm el-Sheikh-down.”

The only dissenting note on NPR, naturally, was from the left of the U.N. establishment, from Greta Thunberg-style extremists who want to ban capitalism. Nadworny asked about Egypt hosting this conference, since they do not typically tolerate much dissent.

NPR was proud to push the U.N. leader’s warnings, but they didn’t quote from this protester sign photographed in Egypt: “Climate change denial deserves the death penalty.” Let’s hope that’s just one doomsday crank. But the authoritarians at the U.N. clearly need the doomsday sound because they want a climate crackdown more severe than the COVID shutdowns. 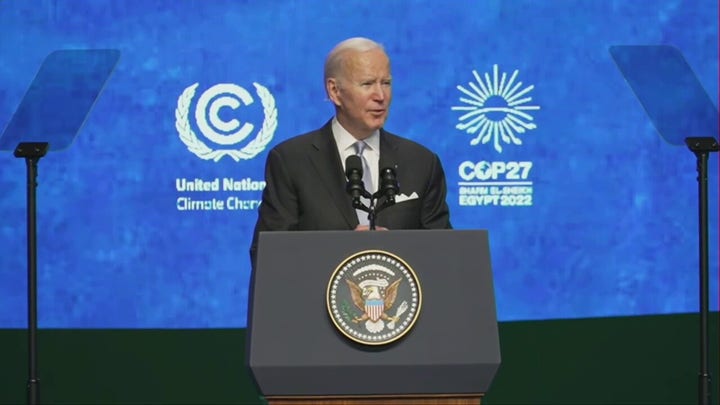 In 2021, the U.N. Environment Programme complained, “Overall emissions reductions in 2020 likely reduced the annual increase of the atmospheric concentrations of long-lived greenhouse gases, but this effect was too small to be distinguished from natural variability.” Now they demand we reduce emissions by 45% by 2030. So imagine an ongoing crackdown worse than COVID shutdowns.

You can’t even debate the timing of their panic. The U.N. summit has a Climate Clock warning we only have six years and 253 days to avert certain doom.

Democrats in the midterms slammed Republicans who question the climate doom as “extremists.” The liberal media never questions whether the international climate consensus is extreme. They define that as the sensible governing center, with Greta Thunberg — Time’s 2019 Person of the Year — goading for more. Authoritarian extremism is painted as idealism.

Every democratic nation on Earth has to attempt to translate these demands into policy that doesn’t cause a voter revolt. The result is a whole lot of verbal deference to globalist demands, followed by policies that “fall short.” 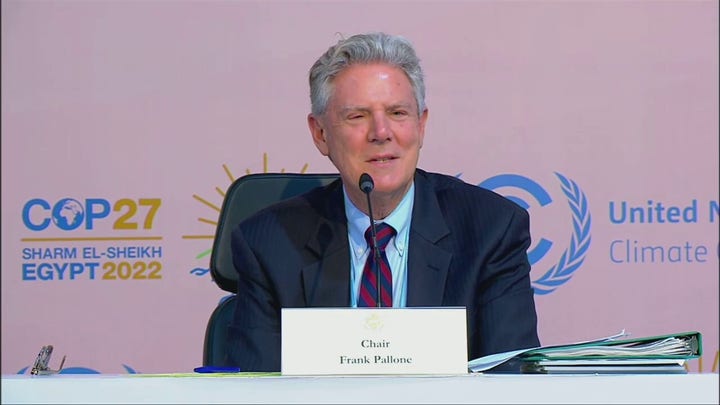 The media yelled at Team Trump for pulling out of the Paris Agreement. What they wanted was an insincere endorsement of environmental extremism, and then a policy that was far less severe than what the U.N. wants.

For decades now, our so-called democracy-defending media has clamped down on any dissent from the climate cops. There can be no two sides — or it’s stacked as reason versus unreason, science versus quackdom and humanity versus inhumanity.

When they complain the “Biden agenda” will be stopped, this is one crucial part of it. Democracy and climate are at odds.