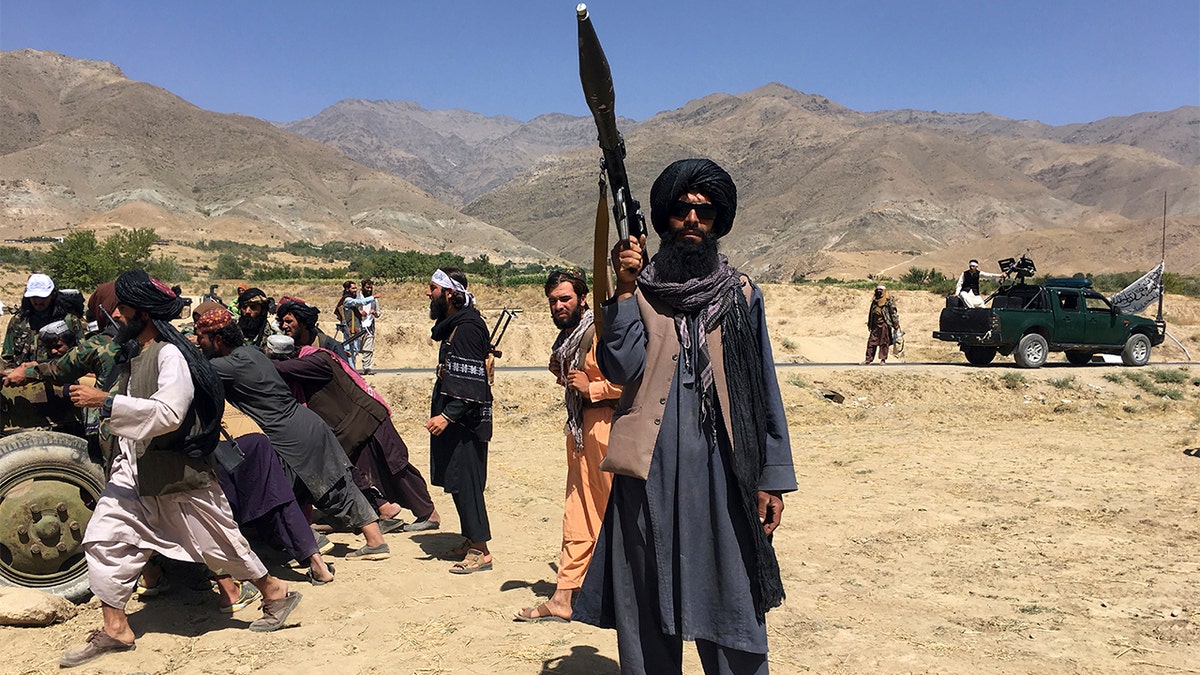 Voters believe the U.S. military action in Afghanistan after 9/11 made the United States safer – and that the Taliban’s resurgence is a threat to U.S. security.

That’s according to a national Fox News survey of registered voters released Sunday.

An overwhelming 89 percent majority considers Taliban control of Afghanistan a major (55 percent) or minor threat (34 percent) to the U.S. Nearly twice as many Republicans (73 percent) as Democrats (39 percent) call it a major threat. 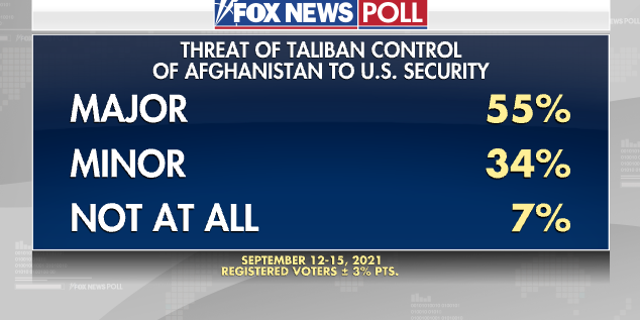 An April Fox News survey found half (50 percent) preferred having some U.S. forces remain in Afghanistan for counterterrorism operations over removing all troops (37 percent). 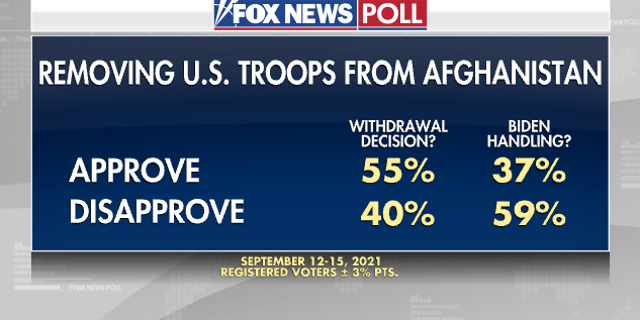 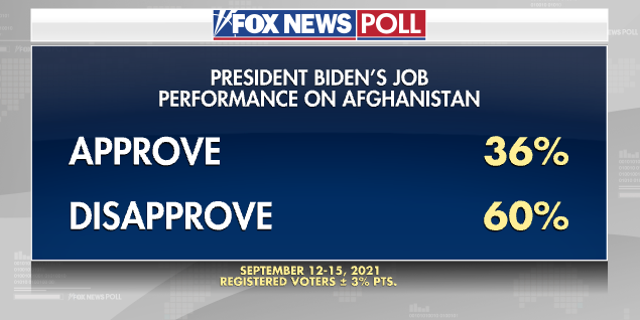 Biden’s overall job rating stands at 50 percent approve and 49 percent disapprove – his worst ratings to date. Last month, it was 53-46 percent, and his best was 56-43 percent in June.  Strong disapproval outweighs strong approval by 11 points.

Big picture, twice as many think the troop withdrawal weakens rather than strengthens the U.S. (41 vs. 19 percent), with a sizable 36 percent minority saying it doesn’t make a difference. 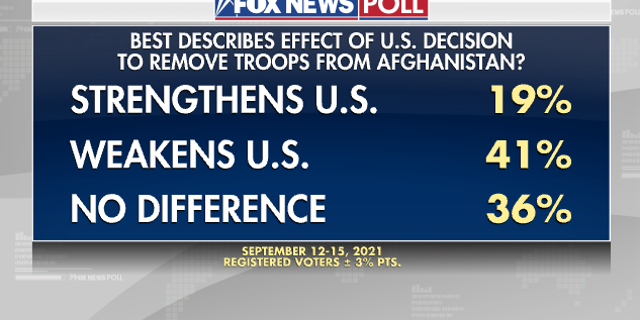 Views split over the current problems on the ground in Afghanistan:  49 percent think they were avoidable and 46 percent say inevitable. 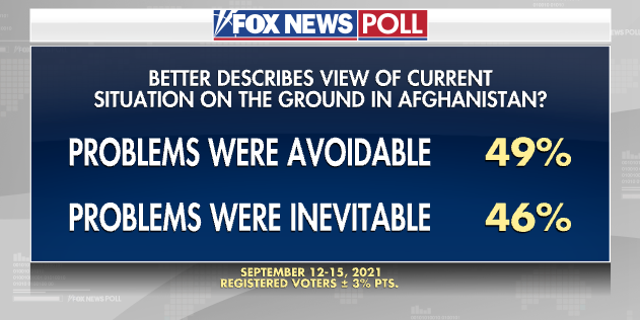 By a 52-43 percent margin, voters say Biden has failed to keep his commitment to do everything in the country’s power to get all Americans and Afghan partners out of Afghanistan. 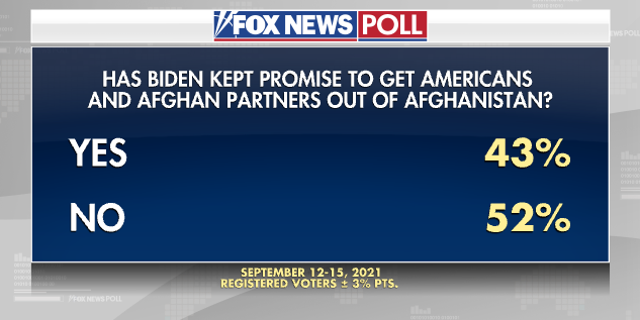 While the U.S. has evacuated over 120,000 people from Afghanistan since July, approximately 100-200 Americans are unable to leave and over 200,000 Afghans may be eligible for U.S. visas.

If U.S. citizens can’t get out of Afghanistan, more will blame the Biden administration than the Taliban by a 48-41 percent margin.

If Afghanistan becomes a safe haven for terrorists, more will blame the Taliban than the White House by a spread of 47-43 percent.

A 56 percent majority believes the U.S. military action in Afghanistan after 9/11 made the homeland safer, while 35 percent say less safe.  There’s notable bipartisan agreement, as over half of Democrats (58 percent), Republicans (56 percent), and independents (53 percent) say the action made the U.S. safer. 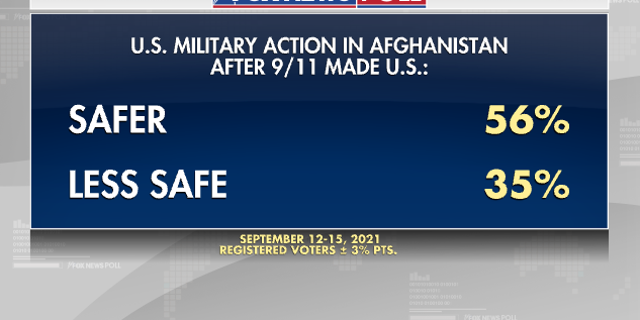 There’s less alignment on most other issues. Majorities of Democrats approve of both the withdrawal and how it went, believe the problems on the ground were inevitable and would blame the Taliban if Americans can’t leave and if Afghanistan becomes a terrorist safe haven.

It’s the opposite on all counts for Republicans:  they disapprove of both the decision to leave and how it was handled, see the ground problems as avoidable, and would blame the Biden administration if U.S. citizens were left behind and if Afghanistan becomes a terrorist refuge.

“The silver lining for Biden is voters’ disapproval is more with the execution of the withdrawal, not the policy itself,” says Democratic pollster Chris Anderson, who conducts the survey with Republican Daron Shaw.

“The further we get from the withdrawal, evaluations of Biden’s Afghanistan policy could improve as many agree with him in principle.”

Shaw adds, “Evaluations of the handling of the withdrawal are polarized by party, with Democrats overwhelmingly agreeing with the argument that the chaos was inevitable — in this sense, the Biden team has been effective in messaging to their supporters.”

Since last month, unease over Islamic terrorist attacks happening in the U.S. is up 12 points. 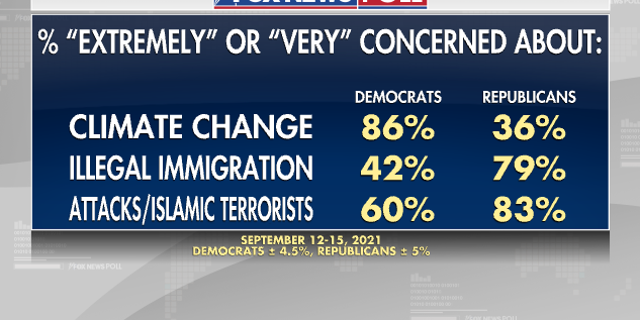 On the other side, the issues where Republican concern outpaces that of Democrats the most are illegal immigration (79 vs. 42 percent) and attacks by Islamic terrorists (83 vs. 60 percent).

— Biden’s job ratings on Afghanistan are underwater by 24 points:  36 percent approve, while 60 percent disapprove.  Each of his three immediate predecessors receives better ratings, albeit retrospectively.  The poll asked voters to look back at how former presidents Donald Trump, Barack Obama, and George W. Bush handled Afghanistan while they were in office.  Bush garners a net positive rating by 4 points:  50 percent approve, 46 percent disapprove.  For Obama, it’s 51-46 percent (+5) and for Trump it’s 46-51 percent (-5). 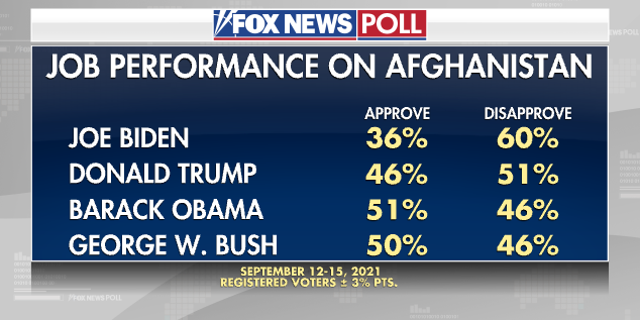 — Compared to a year ago, 35 percent report feeling less safe in their neighborhood.  That’s about double the number who feel safer (18 percent).  The largest share, 46 percent, volunteer it’s about the same.  In addition, 50 percent are extremely or very concerned about neighborhood crime, ranking it below all other issues tested on the survey.

Conducted September 12-15, 2021 under the joint direction of Beacon Research (D) and Shaw & Company Research (R), this Fox News Poll includes interviews with 1,002 registered voters nationwide who were randomly selected from a national voter file and spoke with live interviewers on both landlines and cellphones. The total sample has a margin of sampling error of plus or minus three percentage points.