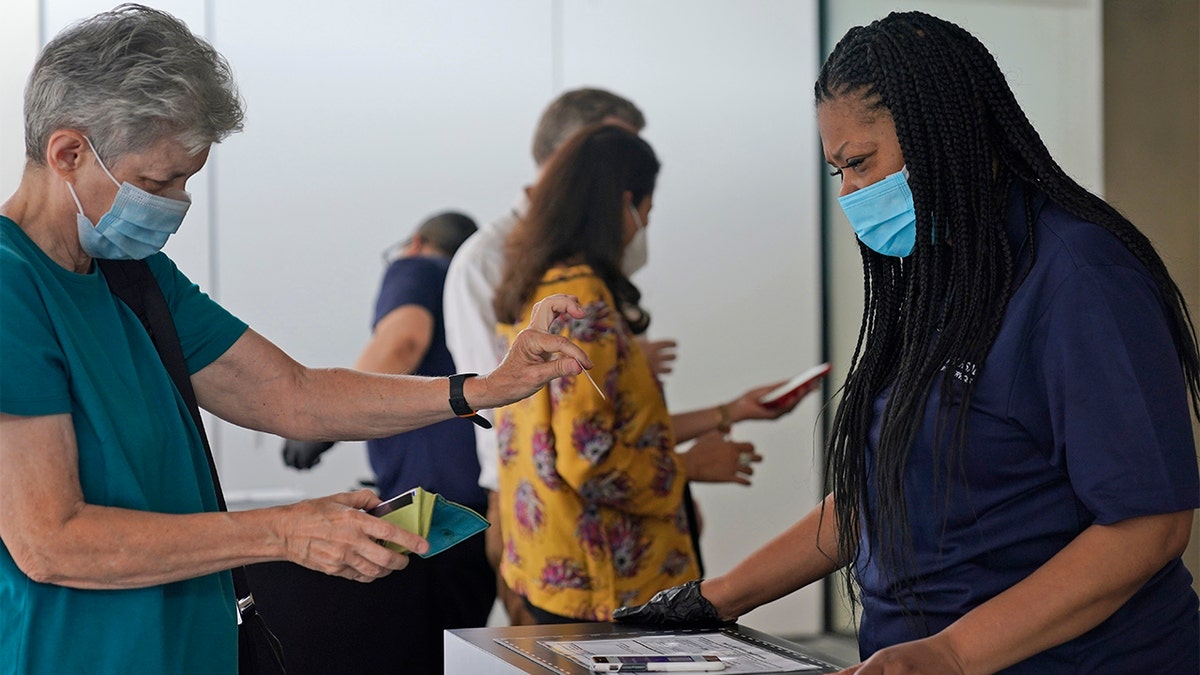 Majorities support mask and vaccine mandates advocated by the Biden administration, as the coronavirus pandemic remains a top concern, according to the latest Fox News poll.

Three-quarters of registered voters are “extremely” or “very” concerned about the pandemic (74 percent), a 5-point increase from August when 69 percent were worried.  The shift comes mainly from Republicans (+14) and men (+8).

The only issue more worrisome to voters is inflation and higher prices (82 percent concerned). 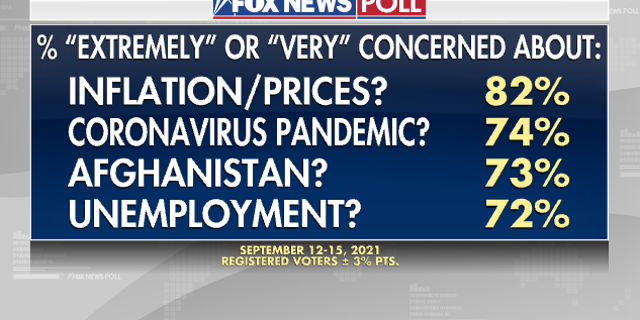 Sizable majorities believe face masks (69%) and vaccines (65%) are effective and favor a range of mandates and requirements. 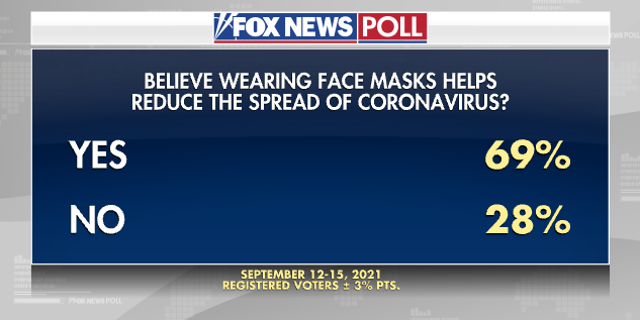 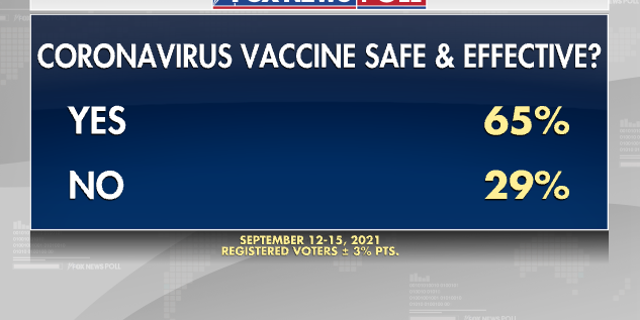 The new survey, released Sunday, finds two-thirds believe schools should require masks of teachers and students (67 percent), and businesses should do the same with employees and customers (66 percent).

Voters are a little less enthusiastic about vaccine mandates, but still support them for teachers (61 percent), the federal government (58 percent) and business employees (55 percent).

On Sept. 9, President Biden ordered all businesses with 100 employees or more to require immunization or weekly testing.  Fifty-six percent agree with this directive (41 percent oppose). 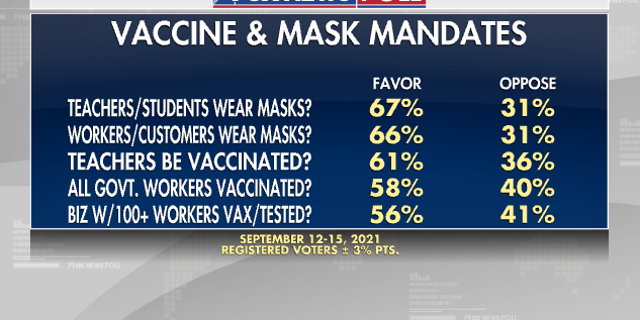 Fifty-four percent favor cities and towns requiring proof of vaccination to participate in indoor activities, up from 50 percent last month. 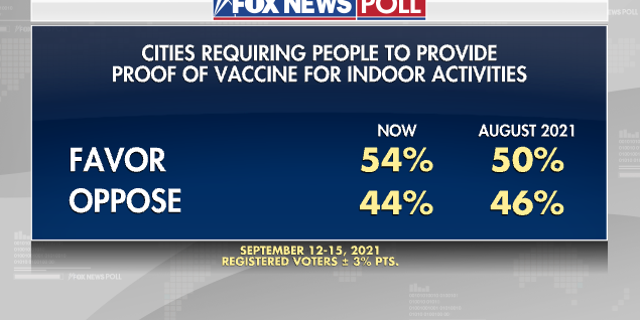 Nearly one-quarter (23 percent) of voters view the coronavirus as being under control in the United States. That’s mostly unchanged since August (25 percent), but well below the high in May when nearly half (46 percent) thought it was under control.

Biden’s strongest issue remains coronavirus with 55 percent approving of his handling of the pandemic, relatively unchanged from August when 54 percent approved, but down from a high of 64 percent in May and June. 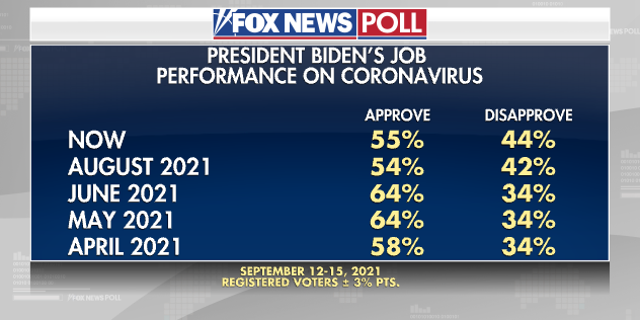 When it comes to the vaccine, Democrats overwhelmingly (about 8-in-10) believe it is safe and effective and favor all the mandates.

For Republicans, while more believe the vaccine is safe and effective (50 percent) than not (43 percent), roughly 6-in-10 disagree with the proposed mandates. 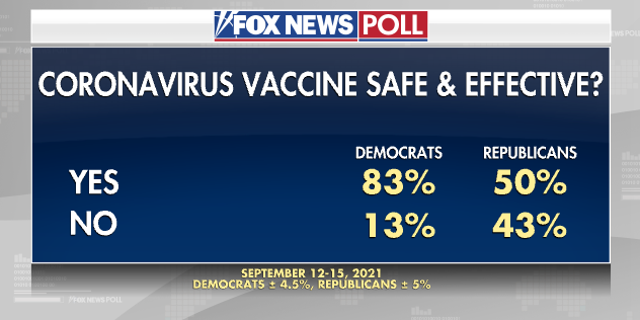 Some 78 percent of Democrats believe both masks and vaccines are effective compared to 50 percent of independents and 31 percent of Republicans.

Overall, 55 percent believe both masks and jabs work, while 17 percent don’t believe in either.

As the second year of school during COVID gets underway, the survey finds two-thirds of parents believe masks are effective (67 percent) and support teachers and students wearing them (67 percent), while smaller majorities believe the vaccine is safe (56 percent) and teachers should be required get it (53 percent).

Conducted September 12-15, 2021 under the joint direction of Beacon Research (D) and Shaw & Company Research (R), this Fox News Poll includes interviews with 1,002 registered voters nationwide who were randomly selected from a national voter file and spoke with live interviewers on both landlines and cellphones. The total sample has a margin of sampling error of plus or minus three percentage points.