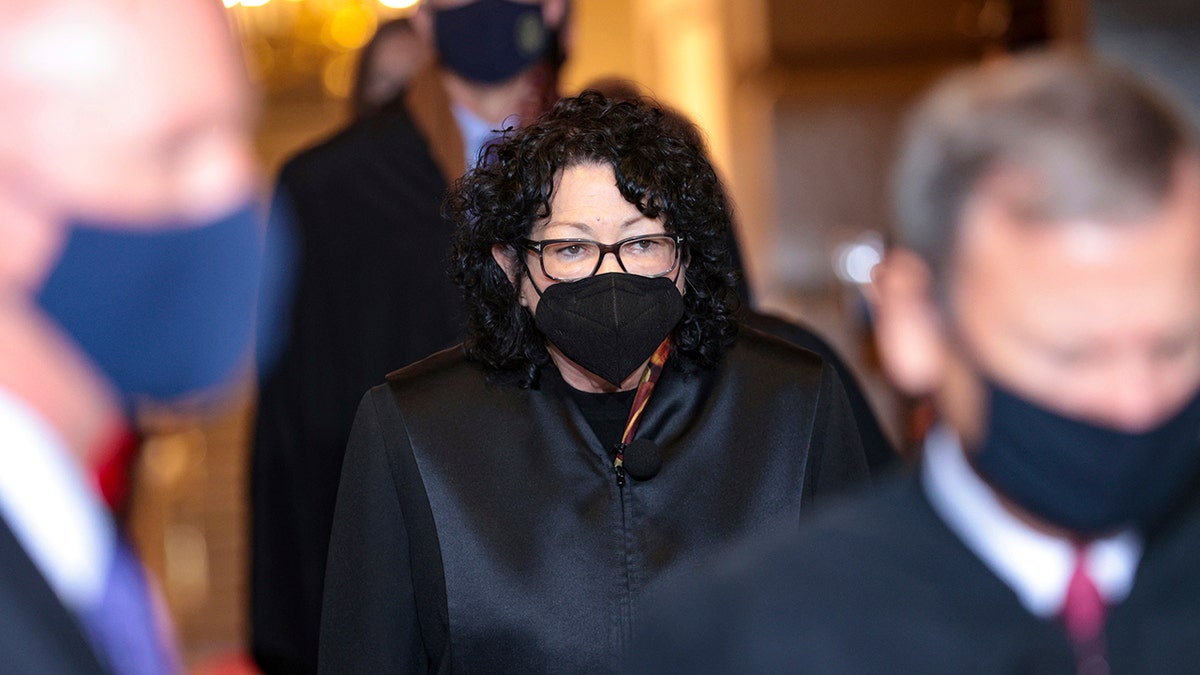 The Washington Post called out Supreme Court Justice Sonia Sotomayor on Saturday over her “false” claim that more than 100,000 children are “in serious condition,” many of them on ventilators, because of COVID-19.

The Washington Post performed what they call “The Pinocchio Test” and gave Sotomayor “four Pinocchios” for her “absurdly high” figure, arguing that “it’s important for Supreme Court justices to make rulings based on correct data.”

A spokesperson with the Supreme Court did not immediately respond to Fox News’ request for comment.

Sotomayor came under withering criticism Friday after she falsely suggested that upwards of 100,000 children in the United States are hospitalized from COVID-19. 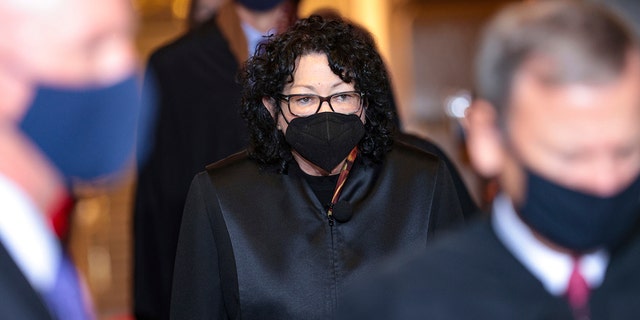 Sotomayor drastically overstated the number of young people who have fallen severely ill from coronavirus during oral arguments on the Biden administration’s mandate on private businesses for employees to be either vaccinated or frequently tested.

“We have hospitals that are almost at full capacity with people severely ill on ventilators. We have over 100,000 children, which we’ve never had before, in serious condition, many on ventilators,” she said.

The Washington Post slammed Sotomayor’s claim as “wildly incorrect, assuming she is referring to hospitalizations, given the reference to ventilators.”

The newspaper pointed to data from the U.S. Department of Health and Human Services which showed that as of Jan. 8 there were about 5,000 children hospitalized in a pediatric bed, either with suspected COVID or a confirmed laboratory test and noted that the figure includes patients in observation beds. 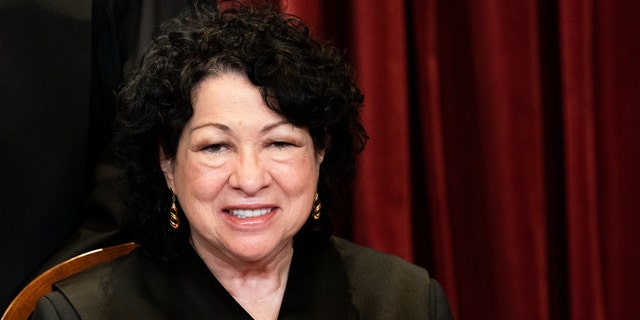 WASHINGTON, DC – APRIL 23: Associate Justice Sonia Sotomayor sits during a group photo of the Justices at the Supreme Court in Washington, DC on April 23, 2021.
(Photo by Erin Schaff-Pool/Getty Images)

“So Sotomayor’s number is at least 20 times higher than reality, even before you determine how many are in ‘serious condition,’” The Washington Post said. Referencing data from the Centers for Disease Control and Prevention (CDC), the newspaper also noted that there have been about 83,000 hospital admissions of children confirmed with COVID since Aug. 1, 2020, while pointing out that there are more children hospitalized now than at any point during the pandemic.

Speaking with “Fox News Sunday,” CDC director Dr. Rochelle Walensky noted that currently the number of pediatric hospitalizations due to COVID-19 is less than 3,500.

As with prior strains of the virus, younger people are at far less risk than the elderly of severe outcomes from the coronavirus. 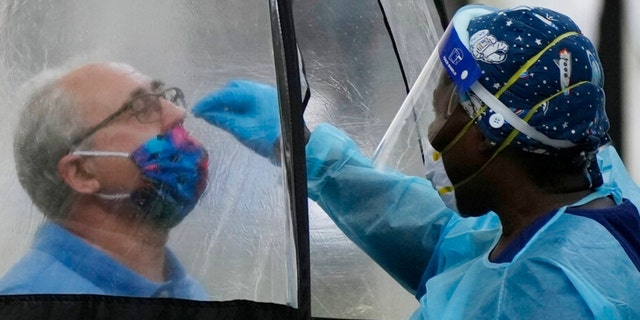 A man is tested for COVID-19, at a walk-up testing site run by Nomi Health, Tuesday, Dec. 28, 2021, in downtown Miami. Officials in Miami-Dade County have opened two new coronavirus testing sites and extended hours at Zoo Miami in response to an increased demand. (AP Photo/Rebecca Blackwell)

For nearly four hours, the justices heard oral arguments over federal vaccine and testing rules or businesses with 100 employees or more and on vaccine mandates for health care workers at facilities receiving Medicaid and Medicare funding.

Enforcement of the policies, which were announced in November, has been put on hold pending resolution in the high court.

Sotomayor was nominated by President Obama and has been on the Supreme Court since 2009.