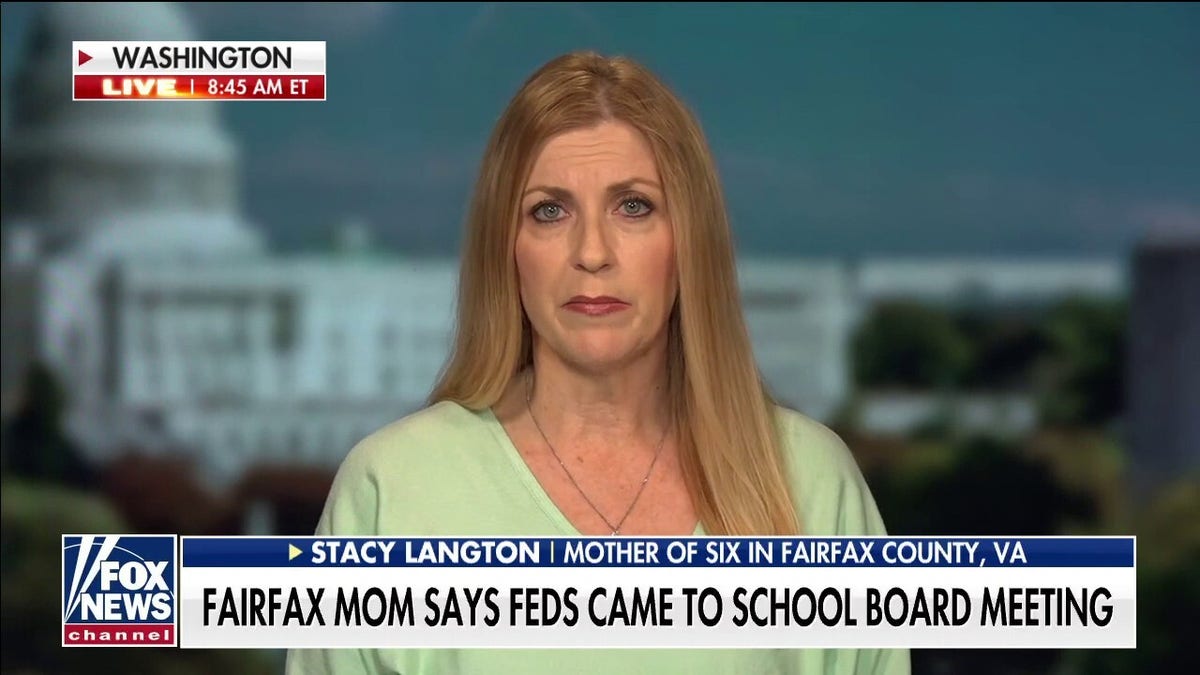 A mother of six in Fairfax County, Virginia said Wednesday that federal agents, including unmarked vehicles and a helicopter, were present at a recent local school board meeting.

“This is something that is incredible in America and it’s ridiculously un-American,” said Stacy Langton during an appearance on “Fox & Friends.”

Langton shared a photo on Twitter of a Department of Homeland Security vehicle as well as several “ghost cars,” which could have been either unmarked local or federal vehicles. In addition, Langton said a helicopter flew overhead, shining its spotlight down on the event.

Fox News reached out to the Department of Homeland Security for comment but did not receive an immediate response.

Langton said she and about 45 other parents had protested outside of the Department of Justice (DOJ) on Oct. 17, four days prior to the school board meeting. She said that she did not believe it was a coincidence.

Since the DOJ protest, Langton said she has been receiving daily threats from unidentified sources. She believes the threats are also a result of her public statements criticizing her children’s school curriculum, which she said included the distribution of pornographic materials to students.

“I have threats against my children by name, I have been followed in my car with my children, they have my vehicle, they know where I live, and I don’t know who’s putting somebody up to this, but it’s obviously meant to intimidate me,” said Langton.

Attorney General Merrick Garland said on October 21 that the FBI would not be present at school board meetings, during a House Judiciary Committee hearing on Capitol Hill.

“No, FBI agents will not be attending local school board meetings and there’s nothing in this memo to suggest that,” Garland responded.

Langton specifically called out Garland during her interview appearance.

“I’m not getting a lot of sleep right now, nobody’s sleeping in my house because we can’t be sure that we’re safe. So, I understand Merrick Garland is actually testifying today at the Senate and he’s gonna talk about mobilizing the FBI against parents. Maybe he should mobilize the FBI into who’s threatening my family.”