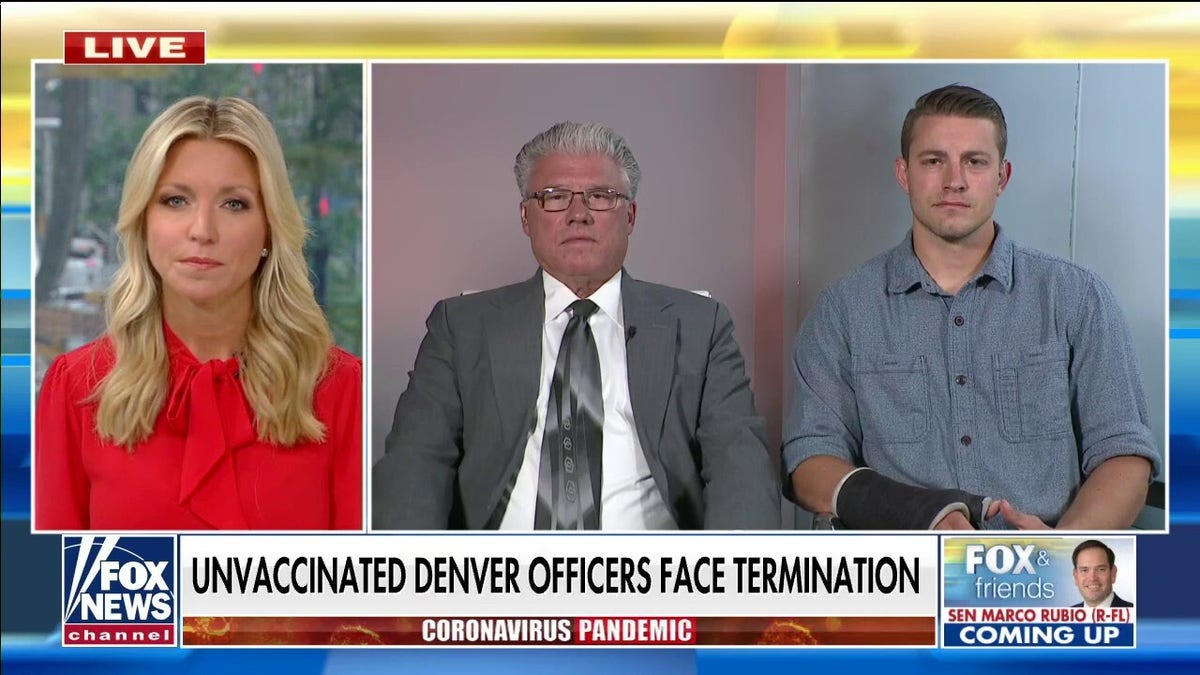 A Denver police officer facing termination for not receiving the COVID-19 vaccine is not giving up his legal battle after a judge dismissed officers’ challenge to the city’s mandate.

Officer Jonathon Christian and his attorney Randy Corporon joined “Fox & Friends” Thursday to discuss what’s next as Christian faces potential firing under Denver’s mandate for all law enforcement officers to be vaccinated by the end of September.

“It’s disheartening,” Christian said. “I would have thought that the sacrifices that not only I’ve made but the other officers in the department have made would have spoken volumes and that we shouldn’t have had to have been a part of this experiment.”

Corporon, who represents seven officers including Christian, fears his administrative appeals to the Denver Department of Health under the judge’s ruling will take several weeks to be addressed.

“It’s not going to stop anyone from losing their job tomorrow,” Corporon said.

Christian revealed he knows “quite a few” officers whose last day on the job will be Oct. 1, which he said could create a staff shortage that puts Denver residents at risk. 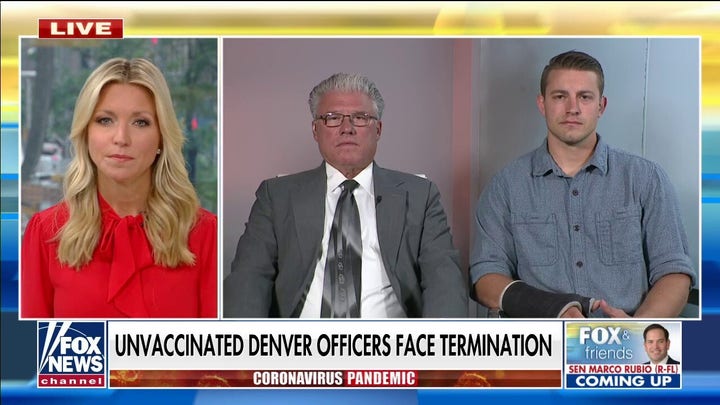 “I can imagine that wait times are going to go up, violent crime is going to go up, but that’s kind of the decision that the mayor and the governor and the director of health and safety have made,” Christian said.

Christian told host Ainsley Earhardt he is not anti-vaccine but believes it should be each person’s choice to make their own medical decisions, adding he knows “numerous” officers who have been vaccinated “against their will.”

“I haven’t been forced to get vaccines in the past, and I just believe that it should be my choice,” he said.

Corporon said nearly 200 people wanted to be part of the officers’ lawsuit, including firemen and other Denver city officials.

Denver Mayor Michael Hancock released the following statement after the judge’s ruling: “The judge’s ruling confirms this mandate is an appropriate way to protect the health and safety of city employees and workers in high-risk settings throughout Denver. This is about saving lives, and we’re grateful to the 94 percent of city employees who are complying with the vaccine public health order. Our city employees have always put service to their community first, and they have demonstrated that once again by getting vaccinated.”