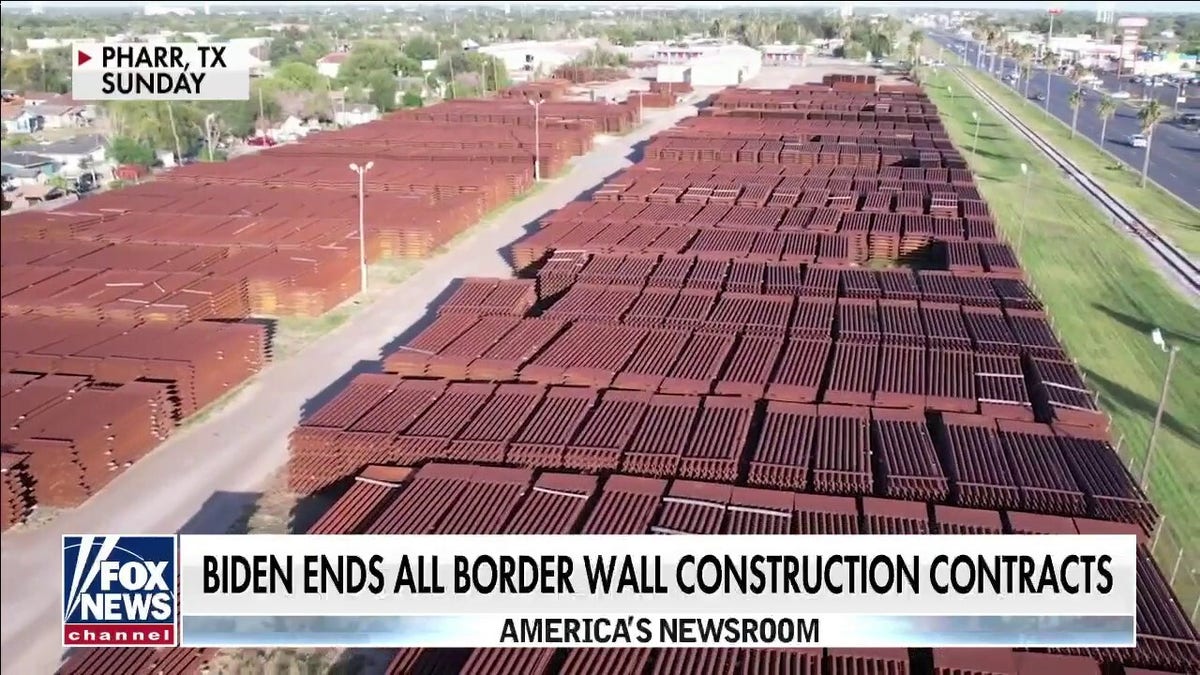 The Fox Flight Team captured footage of roughly 10,000 steel panels that have been sitting outside, unused, since January. The panels were intended to be used to construct the border wall.

“Keep in mind, taxpayers have already paid for this,” Melugin said on “America’s Newsroom.”

“It’s bought and paid for and nothing is happening with it.”

Melugin and his crew provided images of the border wall that ends abruptly in La Joya, Texas. He said only half a mile was constructed, leaving the rest of the town’s border open and allowing migrants to cross freely.

FOX NEWS’ BILL MELUGIN, CREW CAPTURE CARTEL GUNFIRE INTO US: ‘THIS WAS REMARKABLE’

“Basically, it’s useless,” he said. “We watch these migrants just walk around it all the time. It’s not doing anything, and the border agents out here are having to run around left and right as runners are constantly coming through.”

Biden’s former border security chief Rodney Scott said on “Special Report” that the U.S. was paying $5 million each day for border contracts that were on hold, meaning that under President Biden the U.S. has been paying for construction not being completed. 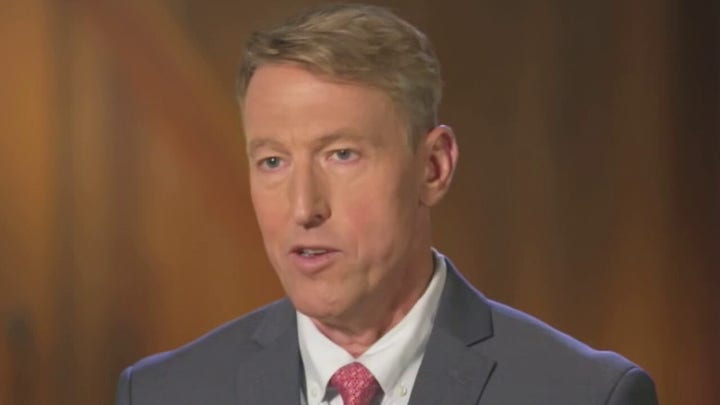 “Many of those projects today are just still on hold, so we’re paying contractors,” Scott told Fox News’ Bret Baier.

“For a while, it was almost five million a day between DoD and DHS to not build the border wall.”

Scott also said that Border Patrol made it clear to President Biden that ending Trump-era immigration policies would lead to an uncontrollable crisis.

Melugin spoke with Border Patrol agents in La Joya who are overwhelmed with the surge of migrants.

“As we’ve heard the Border Patrol chief say, so far this year more than 400,000 known [migrants] got away. Those are the only ones we know about.” 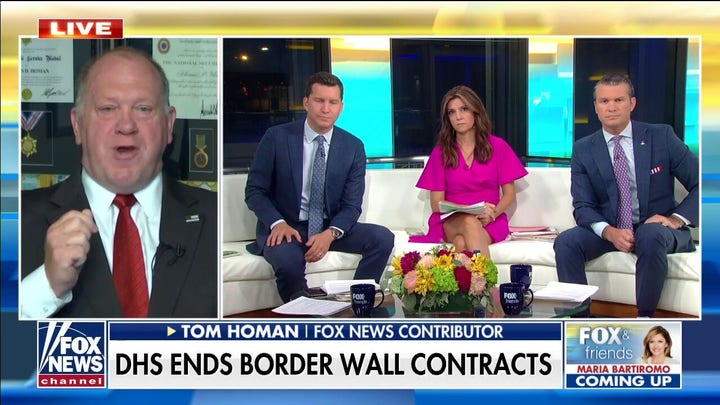 Former Acting ICE Director Tom Homan said over the weekend “it doesn’t take a border expert to understand walls work,” cautioning about the groups of migrants making it through the unguarded border areas.