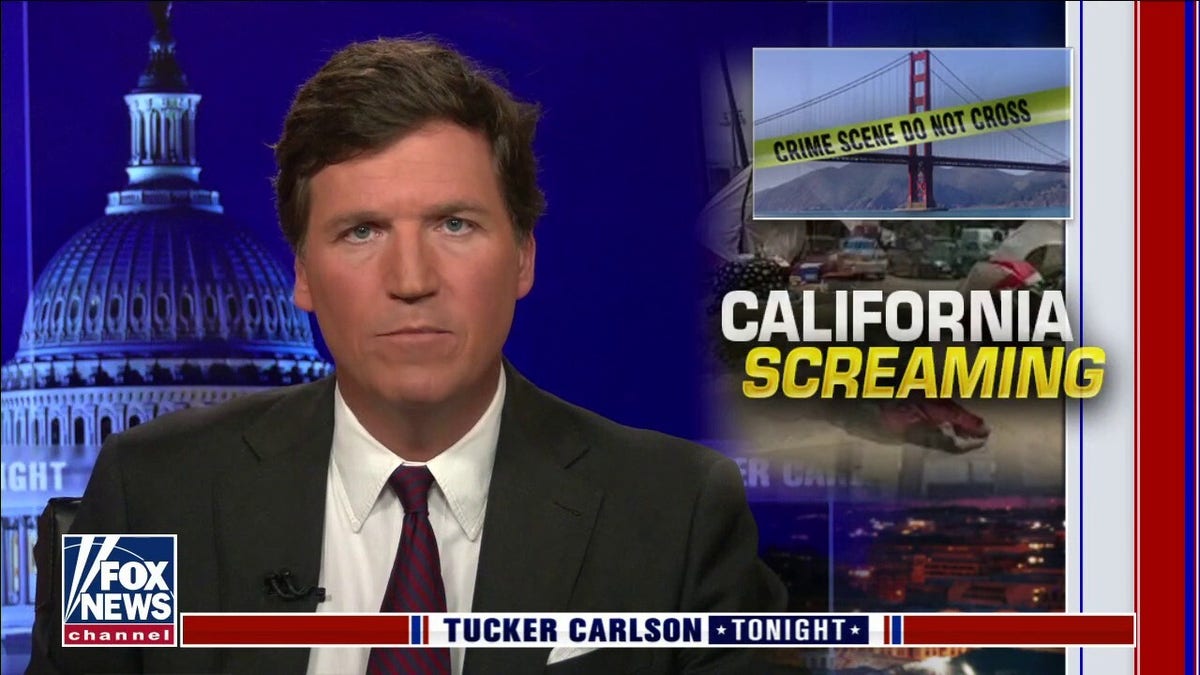 TUCKER CARLSON: In addition to all the other problems that California has, housing prices there are higher than any place in the country. The median home price in the state of California is now more than 800,000 dollars, that’s more than double the nationwide median. In recent years, because this really is a problem, leaders in California passed dozens of bills they claim would fix the problem. Governor Jerry Brown, the last guy, signed 15 housing bills just in 2017. Last year, Gavin Newsom signed 18 separate housing bills. Did they work? No, not at all. They did not work for the people who live in California. But they weren’t intended for people who wanted to buy houses. Instead, those bills had one purpose: destroying suburban homes and replacing them with highly dense housing. Real estate developers make more money when single–family homes are leveled and replaced with apartment complexes, obviously. And real estate developers happen to be major donors to the Democratic Party of California, and in particular to Gavin Newsom.

The real estate development firm Marcus was one of Newsom’s biggest donors in the recent recall election. This week after surviving the recall, tragically, Gavin Newsom rewarded those real estate developers the biggest, quote, housing bill ever. Newsom just signed a series of bills, SB9 and SB10, that will abolish the suburbs in the state of California. The state that invented the suburbs. Those bills were endorsed by the California Building Industry Association, which represents, quote, “The interest of builders and developers of housing and commercial projects. They’re about to be quite a few new commercial projects in California’s suburbs.” As the New York Times put it, quote, “SB9 essentially ends single-family zoning.” Property owners now have the state’s approval to convert any single-family home in the state of California into a 4-unit apartment complex. How is this improving anyone’s life? It won’t. It means demolishing homes to put up rental units.

At the behest of his donors, Gavin Newsom is turning the state of California into a swamp. It’s not just happening in California, recently Oregon passed a statewide ban on single-family zoning. This is insane! Cities like Minneapolis and Sacramento have begun to allow multifamily dwellings on single-family lots. Crowding problem, anyone think? Only the government of China, by the way, appears to be doing anything to reign in real estate developers. “Housing should be living and not for speculation,” said the President of China. Woo, hate to quote the president of China, but in this case, he is right one of the largest and most leveraged real estate companies in the world is collapsing and China has given the indication they’re not interested in bailing out ever again. In this country, real estate companies don’t just get bailouts, they get to write the law, wreck your neighborhood. And in many parts of America, they will be able to demolish the home next door and turn it into an apartment complex. Great!