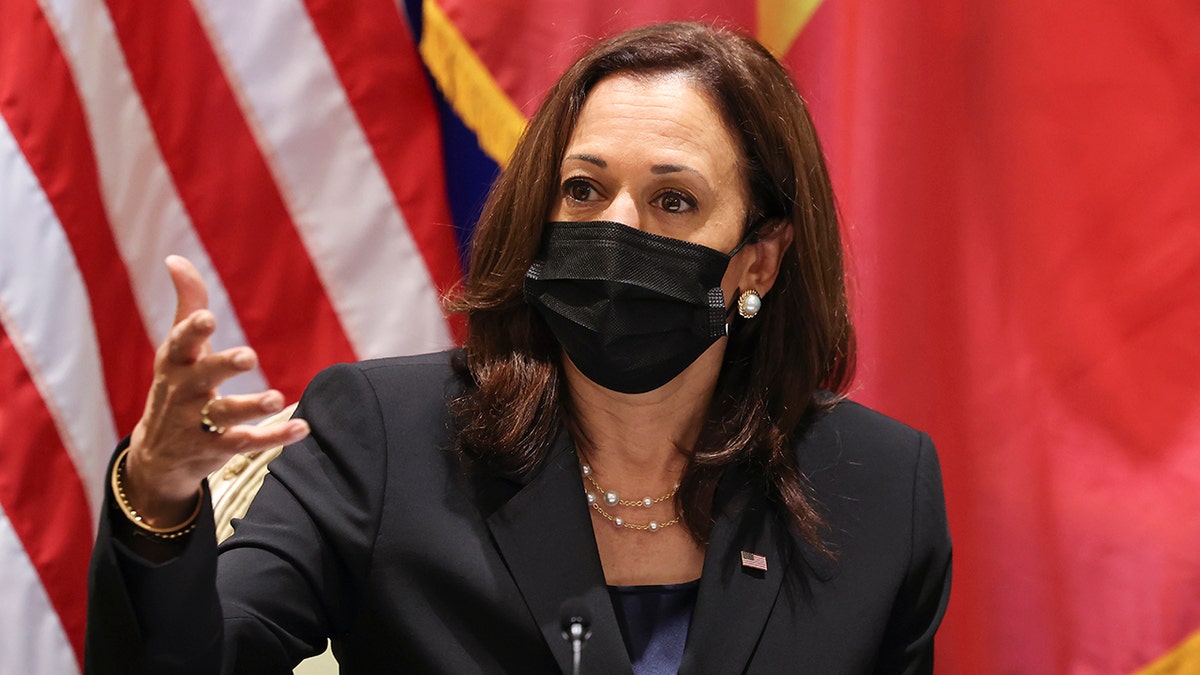 Vice President  was raked over the coals by Fox Nation host on the “botched” job overseeing the Thursday on “Final Thoughts.”

Harris was tasked in March with  after a record surge in migrant crossings. Most recently, Haitian migrants overwhelmed leading Gov. to the Biden administration of being incapable and ignoring the border.

Lahren mocked Harris for scheduling an appearance on “” while the Haitian situation, along with other proverbial fires, remained ongoing.

“As our country descends into lawlessness, our prices are surging, our border and our nation is unsecured and you’ve been tasked with overseeing a lot of it and haven’t, do you think it’s freakin’ appropriate to be sitting on ‘The View?’” Lahren asked.

“This is a slap in the face to every American who has been left hanging and out to dry by this administration,” she added.

“Furthermore, as a woman, I take personal offense to the fact history will always count her as the first female vice president — what a waste.”

Harris will be sitting down for a “chatty chat chat” with Whoopi Goldberg, Joy Behar, Sara Haines, Sunny Hostin and Ana Navarro on ABC’s “The View” Friday morning. Lahren said this meant the vice president “will not be questioned, confronted or [be] even in the same room as anyone who has a drop of conservative blood running through their veins.”

“To call this a ‘softball interview opportunity’ is an insult to the game of softball,” Lahren added.