HomemediaRon DeSantis says he's is running for reelection; 2024 is 'way down...
media

Ron DeSantis says he’s is running for reelection; 2024 is ‘way down the road’ 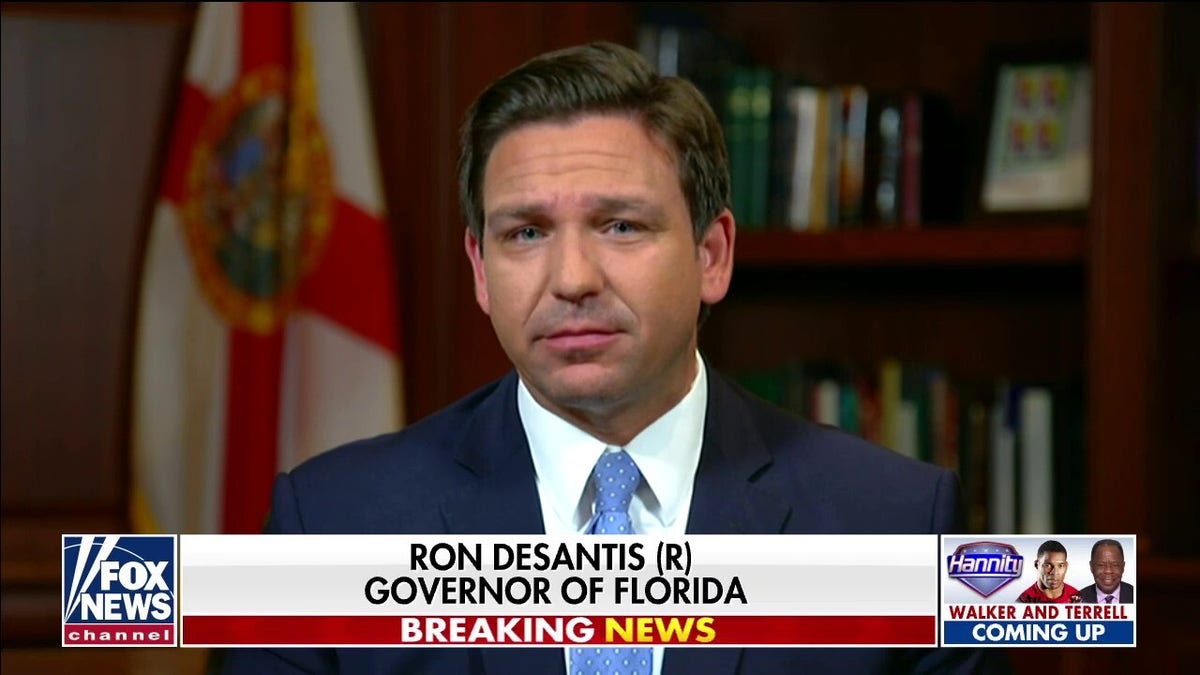 Florida Gov. Ron DeSantis announced this week he is running for reelection and isn’t considering “anything beyond” the governorship right now.

DeSantis made the remarks in an interview with Fox News host Sean Hannity, who brought up the 2024 presidential election.

“I’m not considering anything beyond doing my job,” DeSantis said on “Hannity” Thursday night. “We’ve got a lot of stuff going on in Florida. I’m going to be running for reelection next year and we’re also working on a lot of things in the state beyond just the governor’s race.”

DeSantis left the possibility of a 2024 run open, saying it’s “way down the road. It’s not anything that I’m planning for.”

The governor said he is focused on Florida right now and has his eye on other elections in the Sunshine State besides the gubernatorial one.

“We’ve got school board races and I want to make sure people are not supporting critical race theory,” he told Hannity, “making sure parents have the ability to send their kids to school the way they want to. There’s a whole lot of huge issues.”

DeSantis, an outspoken ally of former President Trump, has raised a national profile in recent years and is speculated to be a top contender to run for the Republican Party’s 2024 presidential nomination.

Recent polling has shown him on par with Trump, who has said he is likely to run.

Trump has been teasing a possible run for a while, telling Fox News Digital last month it’s “getting to a point where we really have no choice” but for him to run for president again.

DeSantis had not yet by Friday filed the necessary paperwork for reelection, FOX 13 of Tampa Bay reported, citing the Florida Department of State’s Candidate Tracking System website.