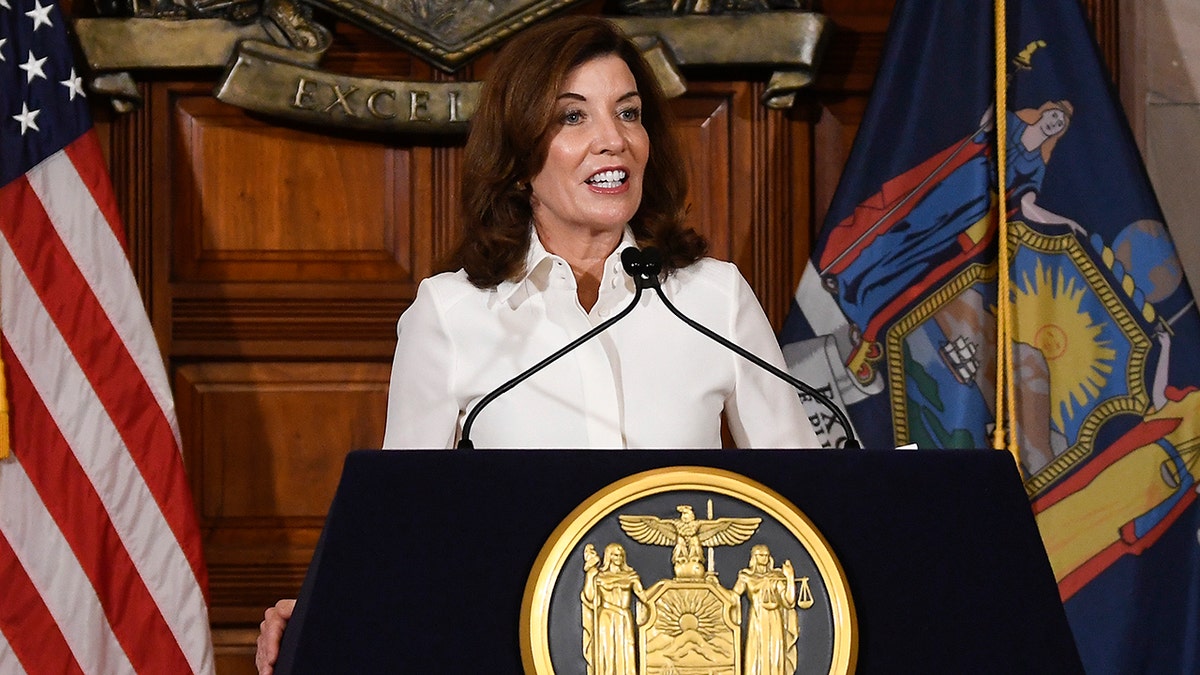 New York reporters and lawmakers hit the state Department of Health for accusing the press of reporting inaccurately about the availability of staff at nursing homes, despite public statements by Gov. Kathy Hochul pledging to have a backfill of workers.

Nursing homes have begun to feel strained in the wake of New York’s COVID-19 vaccine mandate for health care workers. New York Post Albany Bureau Chief Bernadette Hogan reported Wednesday that desperate facilities calling the staffing hotline are being told no help is available, and took a shot at the media for suggesting so.

“Despite what the media says, currently, we do not have any staff to offer you or any other nursing homes. I will log you in our system,” a state Department of Health staffer manning the agency “Surge and Flex Operations Center” hotline told one nursing home, when they asked about getting reinforcements on Oct. 4 — just one week after the mandate’s effective date,” Hogan wrote.

But journalists pointed out they were simply reporting what the governor herself said just a couple weeks ago. Hochul pledged to have a backfill of workers to replace employees who were either fired or resigned after the vaccine order and signed an executive order declaring there would be a reserve of healthcare employees at the ready.

Many of the same reporters and lawmakers have asked when New Yorkers would see more people face accountability after last year’s nursing home tragedy, when thousands of residents died of coronavirus. Former New York Gov. Andrew Cuomo faced severe scrutiny for introducing a mandate that forced recovering coronavirus patients back into nursing homes.

“I need to continue working to identify the principals involved in those decisions,” Hochul said when asked how she’d handle the tragedy’s aftermath, noting at the time she would not replace any employees in the middle of a pandemic because she has “so much to do to protect New Yorkers.” Part of her effort toward “transparency,” she said, would be releasing more data on nursing homes that is consistent with the federal government,