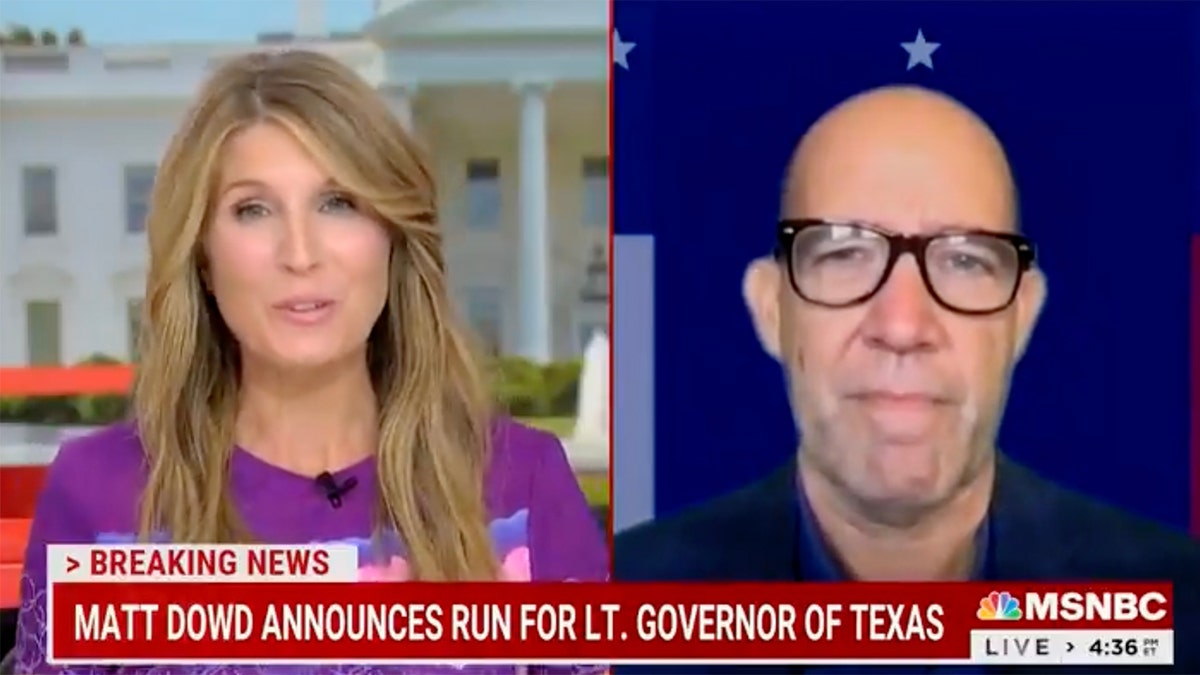 Dowd, a political commentator and former Bush aide who has made regular appearances on MSNBC and CNN since his departure from ABC News, announced on Wednesday he was running as a Democrat for lieutenant governor in the red state of Texas.

On “Deadline: White House,” Wallace offered an enthusiastic introduction for her “old friend.”

“For people who don’t know you, you have such a well-rounded life experience that I think you bring to all analysis,” Wallace began. “You certainly brought it to campaigns and you brought it to wearing your heart on your sleeve when you very publicly broke with George W. Bush and you come to it as a human and a friend and a dad. And I want to hear how that drove you what you did today.”

Towards the end of a nearly nine-minute segment, the MSNBC host offered an endorsement of his character.

“As someone who’s been in the room when you delivered difficult truths to people in power, I can attest to your ability the lay it out straight no matter the consequences,” Wallace told her former Bush colleague before congratulating him on his campaign launch.

Wallace then invited Dowd to partake in two separate panel discussions, one on the Texas abortion ban and the other on the Democrat spending bill drama on Capitol Hill, as if he were MSNBC’s run-of-the-mill political analyst.

Dowd truly benefited from such exposure though, appearing for nearly half of the first hour of “Deadline: White House.”

The candidate was also touted on “The ReidOut” while participating in a panel discussion about Jan. 6.