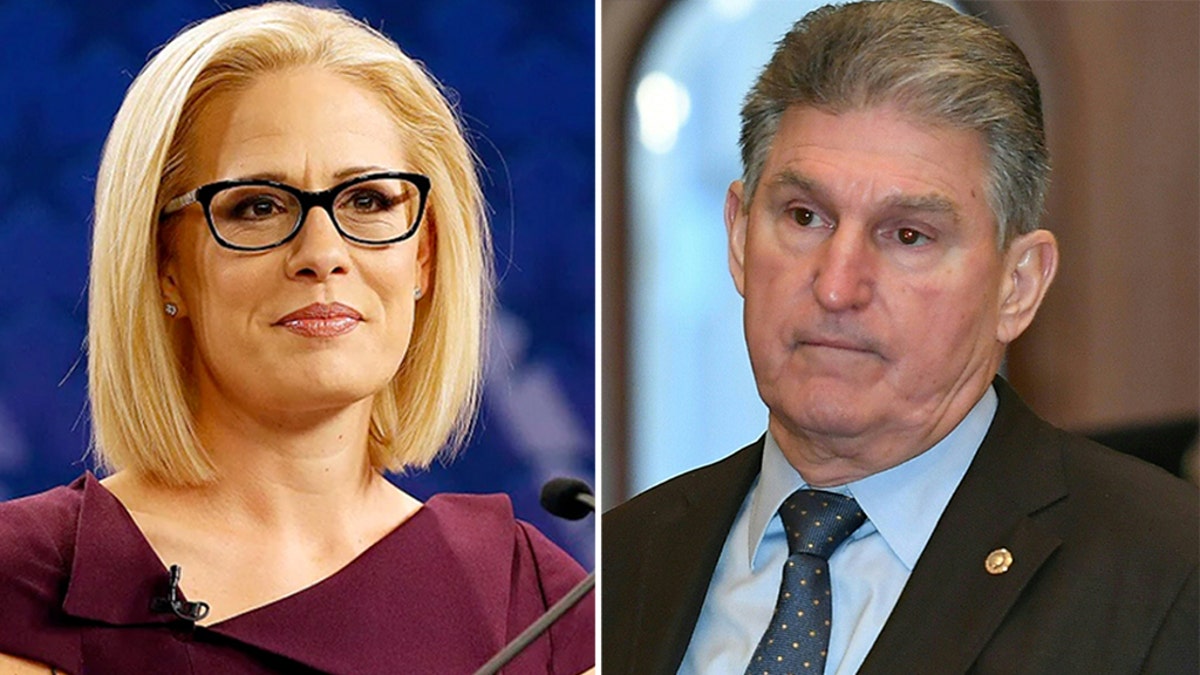 A pair of media tweets went viral on Friday for their attempts to understate the opposition to the Democrat spending bills.

MSNBC host Ari Melber took aim at Sens. Joe Manchin, D-W.V., and Kyrsten Sinema, D-Ariz., and attempted to link the “power” the two of them currently have on Capitol Hill to their small percentages of the electorate they represent.

“Look at the Senators who are making these decisions here… Manchin, less than one percent of the U.S. is what he represents. Sinema, just about two percent… and yet they hold all the power right now,” Melber is quoted by his show’s Twitter account.

The tweet included stats from the 2020 U.S. Census showing Manching representing only “0.5%” of the country while Sinema representing “2.1%.”

Politico cartoonist Matt Wuerker went even further, illustrating a map of the United States with the “Manchin/Sinema Projection.”

“Since a couple Senators have such outsized influence maybe we need a more accurate map of our political geography….” Wuerker tweeted.

The map, titled “Political Geography 2021” shows Arizona and West Virginia disproportionately over-sized, smooshing all the other states in the process.

Critics piled on Melber and Wuerker for their faulty logic.

“What an idiot this guy is,” conservative commentator Dinesh D’Souza swiped the MSNBC host. “He’s forgetting to count 50 Republican Senators that, together with these two Democrats, are blocking the $3.5 trillion spending boondoggle. A 52-48 majority!”

“MSNBC has curiously ignored the other 50 senators who are agreeing with the two mentioned,” political writer Drew Holden tweeted.

“Bernie Sanders represent [sic] less than 0.2% of the US population if we’re going with this stupid metric. Also, ur literally mad that 2% of the US Senators represent 2.6% of the US electorate. Even by ur own stupid standards, this is dumb,” Club for Growth senior analyst Andrew Follett told Melber.

“Maybe we need our political commentators to be capable of distinguishing between the number two and the number fifty-two,” National Review senior writer Charles C.W. Cooke wrote in reaction to Wuerker’s map.

Wuerker later apologized, only for leaving out New Mexico, Rhode Island, Washington D.C. and “that northern bit” of Michigan. Alaska and Hawaii were additionally snubbed from his illustration.