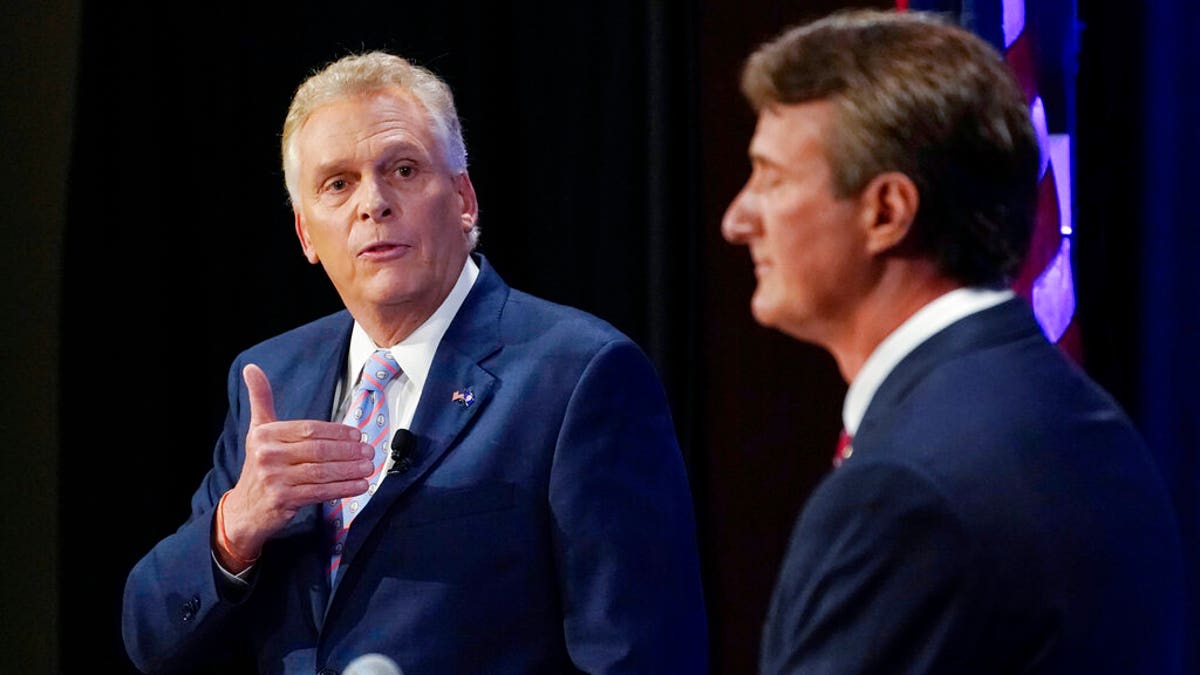 There has been an overwhelming media blackout of one of the most talked-about moments from the Virginia gubernatorial debate between Terry McAuliffe and Glenn Youngkin.

Education has been a top issue in the tight race for Virginia’s governor being closely watched across the country and is widely seen as a bellwether for the upcoming 2022 midterms.

During Tuesday’s matchup, the Republican challenged the former Democratic governor for vetoing a bill that would have allowed parents to be informed about materials provided in Virginia schools after citing examples of books featuring pedophilia and other sexually explicit content that were recently voiced by parents.

“I’m not going to allow parents to come into schools and actually take books out, make their own decision,” McAuliffe defended the veto. “Yeah, I stopped the bill that- I don’t think parents should be telling schools what they should teach.”

The exchange lit up social media with critics calling McAuliffe’s comment an “unforced error” and a major political “gaffe,” some even describing it as his “basket of deplorables” moment.

The Youngkin campaign already released an attack ad using the Democrat’s own words against him.

However, the three major networks, ABC, CBS and NBC, completely avoided covering the debate altogether on their morning and evening newscasts on Wednesday.

Additionally, while MSNBC and CNN offered minimal coverage of the debate on Wednesday, neither mentioned McAuliffe’s potentially consequential remark.

MSNBC’s Chuck Todd, who despite having moderated the Virginia debate, briefly referenced the showdown on his weekday program “Meet the Press: Daily” only to mention McAuliffe’s comments opposing the $3.5 trillion price tag of the Democrat-backed spending bill as well as both candidates’ efforts to sway swing voters. His guest, Richmond Times-Dispatch political columnist and reporter Jeff Schapiro, mentioned in passing that McAuliffe handed Youngkin “one or two” talking points on education and public safety.

Meanwhile, CNN’s coverage of the debate on Wednesday kept most of the focus on McAuliffe’s spending bill comment as well as Youngkin’s opposition to vaccine mandates.

CNN anchor Erin Burnett even landed an interview with McAuliffe on Wednesday evening but chose to focus on his line of attacks linking Youngkin to former President Trump.

It wasn’t until Thursday morning on CNN’s “New Day” during an interview with Democratic Virginia House of Delegates candidate Michelle Maldonado that the network aired McAuliffe’s comments before playing Youngkin’s attack ad, noting that the Republican “seized” on the Democrat’s remark.