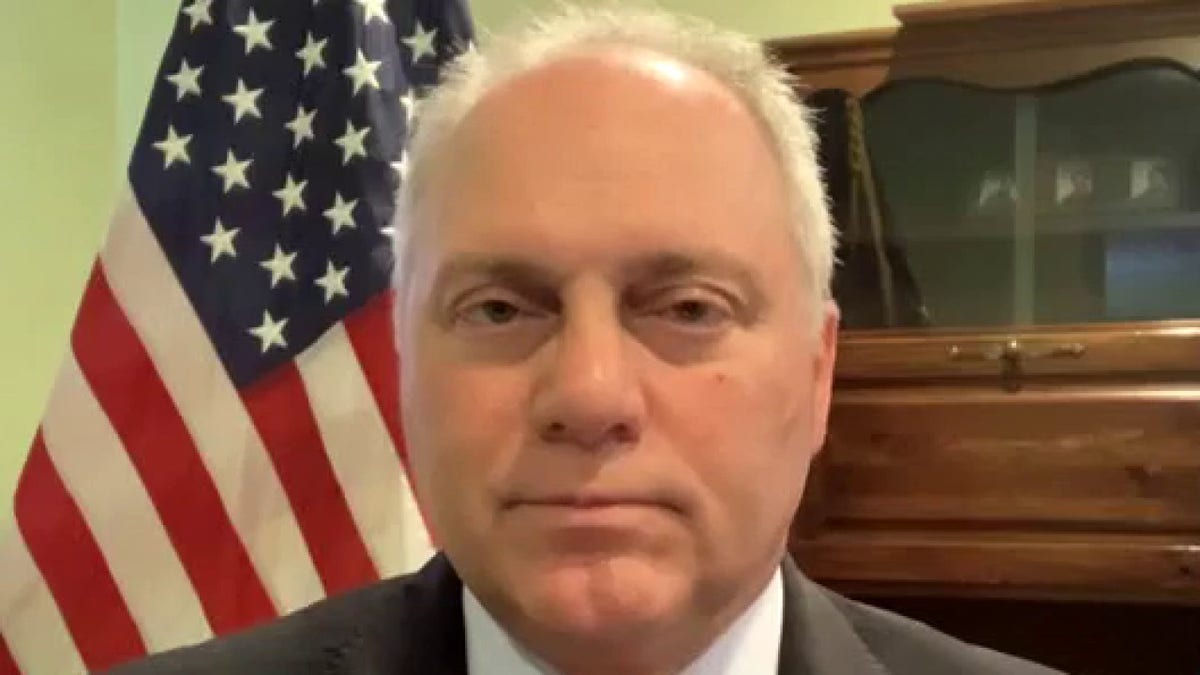 On Saturday President Biden told reporters that “everybody is frustrated” after two massive pieces of legislation stalled in Congress, as well as a debt limit increase, amid infighting among a divided Democratic caucus.

Biden spoke to reporters on his way to Delaware for the weekend after left-wing Democrats had moved to scupper the passage of a bipartisan $1 trillion infrastructure bill if it was voted on before a separate $3.5 trillion budget reconciliation bill packed with left-wing priorities on social spending and climate changes, along with significant tax increases for wealthier Americans.

The latter bill would have been advanced using the budget reconciliation process, meaning it would only need 50 votes in the Senate, and therefore avoid a Republican filibuster. It would, however, require every one of the 50 Senate Democrats to be on board.

That unity looked in doubt this week due to objections to the sky-high price tag from moderate Democrats including Sen. Kyrsten Sinema, D-Ariz., and Joe Manchin, D-W. Va., who are seeking to bring the price down. Without their support, the legislation is likely dead on arrival in the Senate, since the bill is not designed to garner Republican support.

But the progressive Democrats refused to back the infrastructure bill until there is agreement on the enormous reconciliation package, meaning it wouldn’t have the votes to pass the House.

Scalise stressed to host Maria Bartiromo that the two being linked amounts to “a multitrillion-dollar package.”

“Even if they get this so-called compromise, a $1.5 trillion bill, it would devastate America’s economy and really be a kick in the gut to middle-class families,” he continued. 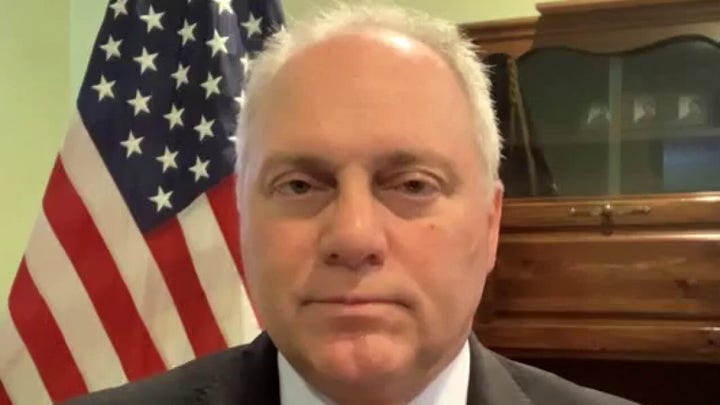 In a letter on Saturday, House Speaker Nancy Pelosi, D-Calif., told Democrats that she wants the infrastructure bill passed before the end of October.

“There is an October 31st Surface Transportation Authorization deadline, after last night’s passage of a critical 30-day extension.  We must pass [Bipartisan Infrastructure Framework] well before then – the sooner the better, to get the jobs out there,” she said.

On Sunday, Scalise pointed out the irony of the October 31 deadline, noting that Pelosi “is saying that on Halloween that is going to be the next vote on this package.”

“That should be scary to every family in America because it would raise taxes that every family would pay, not just the rich,” he told Bartiromo.

“It would kill millions of jobs. It would make us less competitive. It’d be a gift to countries like China.”

“But they’re [Democrats are] tying all of that and holding the infrastructure package hostage to this bill that’s directly linked together,” he continued. 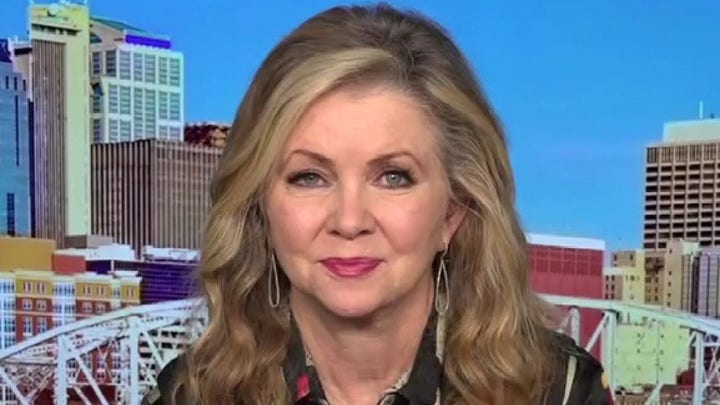 He then stressed that the policies outlined in the package would have devastating impacts on lower and middle-class families.

Scalise provided an example saying the package includes “a tax on natural gas.”

“We know they [Democrats] hate fossil fuels, although they fly around in private jets, they surely drive in cars fueled by gasoline, but they don’t want you to,” he said.

Scalise then noted that “probably half of the families in America fuel their homes” and if it’s a cold winter or  a hot summer, “it’s going to cost you 14% more in your electric bill.”

“That breaks President Biden’s promise that you won’t pay anything more if you make less than $400,000,” he continued.

“That tax will actually hit the lowest income people the hardest.”

He said that Republicans tried to remove that from the package, but Democrats “didn’t want to take it out because they want to spend all that money on big-government socialism.”