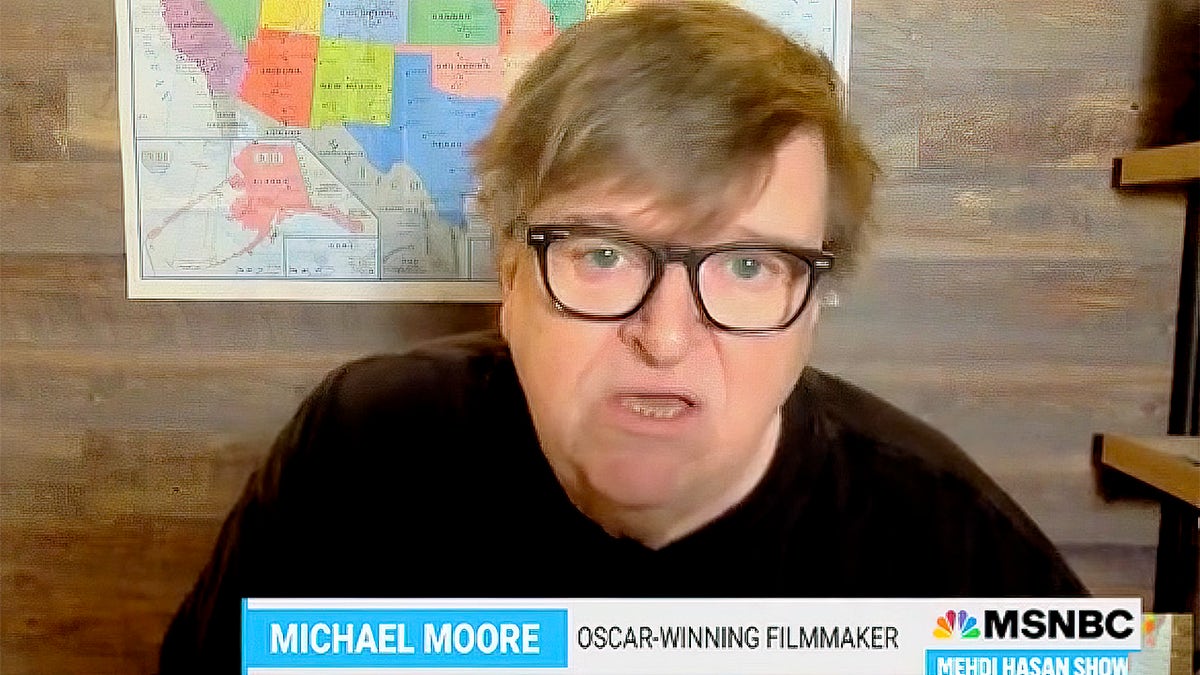 Left-wing activist Michael Moore claimed Sunday that U.S. defense policy and spending should be refocused from military involvement in other countries to fighting climate change, White supremacy and the coronavirus pandemic.

Appearing on MSNBC, Moore suggested U.S. armed forces weren’t “the good guys” because of their military involvement in countries like Syria and Somalia, and instead claimed he wanted to be known for doing “the good things,” like building wells in poor villages rather than provide funding to Israel’s Iron Dome defense system.

“As we speak tonight, the U.S. still has 2,500 troops in Iraq. Last week the U.S. military admitted that a drone strike in Kabul that killed ten innocent civilians was an American drone strike. Seven of them were kids. We talk about ending the war but we’re still going to carry on with drones, we’re still going to carry on with these, quote, over-the-horizon operations. You know, we are still at war,” host Mehdi Hasan said after playing a clip of President Biden touting the U.S. not being at war for the first time in 20 years.

“What if our troops built wells in the third world? What if they built septic systems? What if we enlarged our Army Corps of Engineers and did the good things, and then put a plaque on those wells in those villages … and the plaque said brought to you from your friends of the United States of America?” he added. “That’s what I want to be known for around the world. Not this stuff. Not giving a billion dollars for the Iron Dome in Israel.”

SOCIALIST MICHAEL MOORE ‘PROUD’ OF BIDEN ON AFGHANISTAN: ‘ALL EVACUATIONS’ SINCE DUNKIRK HAVE BEEN ‘CRAZY’

Moore claimed the he was astounded by the bipartisan $778 billion Defense Authorization Act that passed the House of Representatives last week, which preceded a separate vote overwhelmingly approving funding for Israel’s Iron Dome program.

Hasan claimed that the U.S. lost the war on terror “in many ways,” but that defense contractors didn’t because they had earned large contracts since the Sept. 11 terrorist attacks.

“When we think defense we should be thinking defending ourselves against the climate catastrophe that’s creating an extinction event on this planet. That’s what defense should mean,” Moore said.

“It should be defense against White supremacists and people who would tear down and destroy our democracy. That would be real defense. COVID still – not just in our country but around the world people are not vaccinated. If we want to defend this country, defend the world, let’s do that,” he added.