Larry Kudlow hammers Dems: Spending trillions is not ‘cost-free’ and will do ‘great damage’ 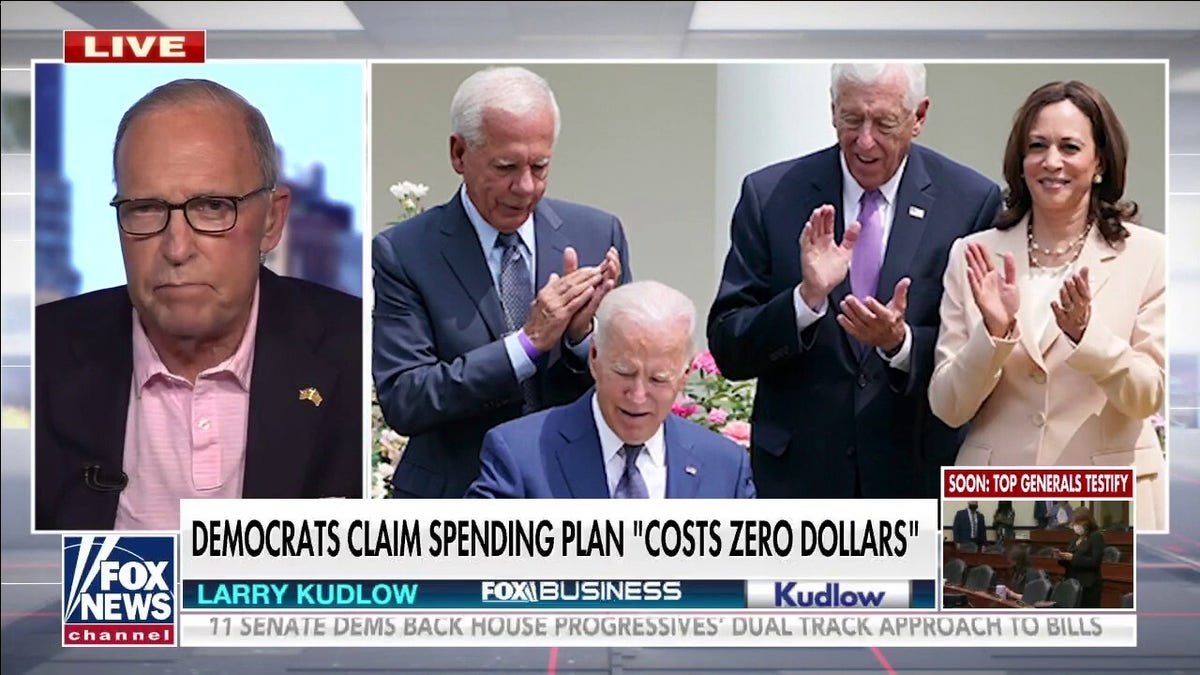 Fox Business Network host Larry Kudlow torched the Democrats over their $6 trillion worth of spending plans, saying Americans “don’t want it” or need it, despite its advocates claiming it will cost nothing. The host of “Kudlow” warned on “America’s Newsroom” on Tuesday the massive spending will significantly damage the economy and the workforce if passed.

LARRY KUDLOW: Here’s the point so far, what we know about this bill, which is a terrible bill, save America kill the bill, but so far what we know is that the House Budget Committee mark, is 4.3 trillion in new spending. The House Ways and Means Committee tax increase mark scored by the Joint Tax Committee is two trillion. I think it’s unassailable logic that 4.3 trillion in spending is higher than two trillion in taxes by 2.3 trillion. It’s not free. It’s not cost-free, and by the way, it will do great damage to the economy, to the workforce, to basically a new big government, socialism, welfare dependency state. We don’t need this and we don’t want it. 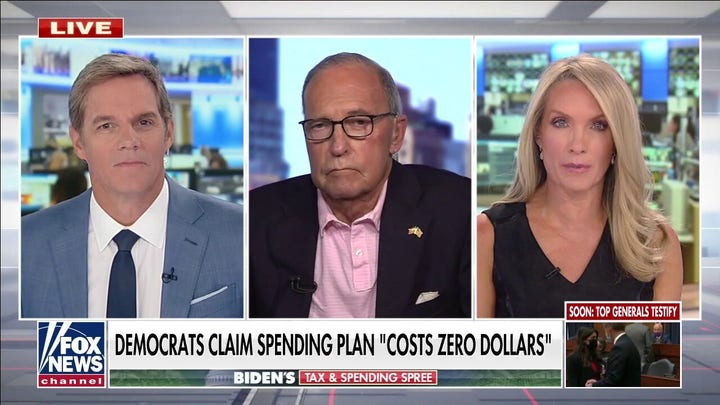