Lara Logan calls out ‘shame of betrayal’ from Afghan exit

Fox Nation host Lara Logan stressed Tuesday that leaving military weapons with terrorists “is not an acceptable situation,” telling “Hannity” that the American people need “leaders who are going to lead” in response to top officials’ testimony on Afghanistan pullout.

MILLEY SAYS RESIGNING WOULD BE ‘INCREDIBLE ACT OF POLITICAL DEFIANCE,’ UNDER COTTON PRESSURE

Lara Logan: I didn’t hear an apology to all the American servicemen, the veterans and the active duty soldiers who have literally stood shoulder to shoulder with the Afghan special operations forces who are still fighting today and apologized to them for dragging them down in the absolute shame of betrayal, which is where we are. And you know what else? We didn’t hear any mention of what we’re going to do about it. Right?

Everybody’s acting like this is over. It’s some kind of done deal and so we need accountability. But what about we need action to reverse what’s happened now? Why do we accept as the American people, that all of these weapons, $80 billion-plus of advanced military hardware, has to be in the hands of our enemies, has to be in the hands of terrorists and has to be in the hands of our adversaries, like China and Pakistan and Iran? That is not an acceptable situation. It’s not okay for General Milley to sit there like a pathetic little schoolboy and say, ‘yes, America is less safe.’ We don’t need that from a general. We need a general who’s going to lead. That is what we the people are asking for, leaders who are going to lead. And you know what? They’re going to get accountability. We the people are going to get accountability because it’s their government, it’s actually their military and it’s actually their institutions. 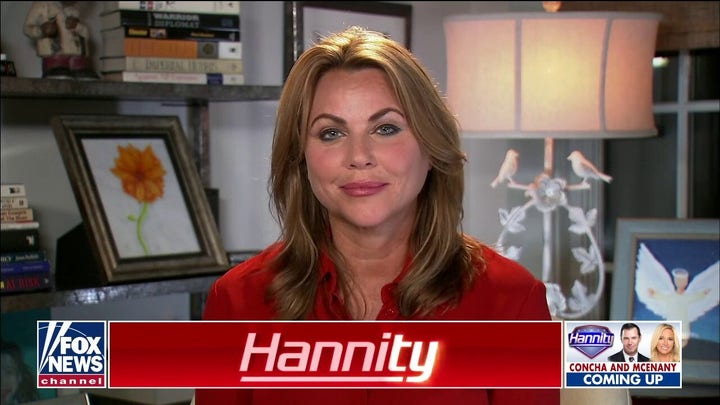