James Craig on running for Michigan Gov: ‘I know I’ve been called for this role’ James Craig, retired Detroit police chief and candidate for governor in Michigan, explained how he knows he has been “called” to unseat Gretchen Whitmer in the 2022 election as he leads her several points in a recent poll. Craig made the remarks during an interview on “Fox & Friends” on Sunday emphasizing the need for leaders full of integrity and courage to deal with current issues.

JAMES CRAIG: It’s a powerful statement. I know Denzel. I know where he stands. I know I’ve been called for this role. This is prophetic. I know that being the next governor, the next governor of the great state of Michigan, is something that was placed on my heart. A friend of mine who was a very spiritual man who said 13 years ago, you’re going to be the governor. Now, that was WILD for me because I wanted to only be the chief of police. Here I sit today, but in today’s world, in our state and our country, we need strong, courageous leaders to deal with the issues. Look at our country. We’re divided. Look at our state. People are so just that dissatisfied and sick of politics. They want leaders that will get it done and get it done with integrity. 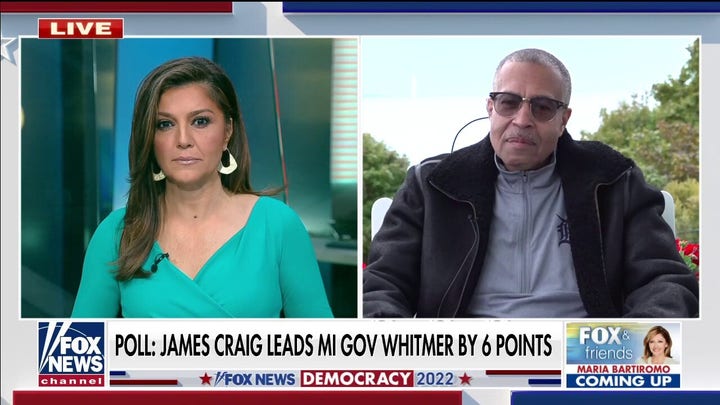