Is Biden more effective – or distracted – when taking on Trump? 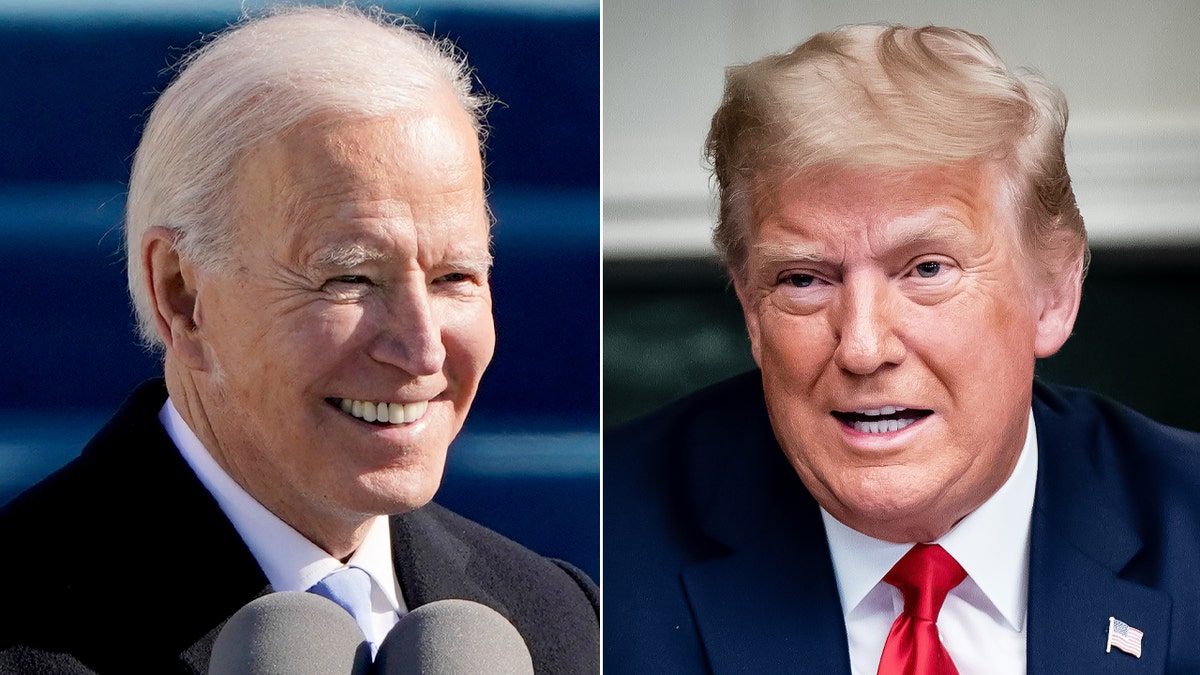 Even many Democrats admit privately, if not publicly, that Joe Biden is in the White House today because of Donald Trump.

In a normal election year, Biden probably wouldn’t have gotten the nomination or been sworn in at 78. The Democrats were desperate, after one failed impeachment and a rampaging virus, to get Trump out of office.

Biden once told me, during the 2008 campaign, that he would win “if I’m the right man for this moment.” He wasn’t–though Barack Obama revived his career that year–but a dozen years later what he was offering did match the political moment. And that was as a safe, moderate Democrat who would have the best chance of evicting Trump.

That’s why the rank and file didn’t go with the passion of a Bernie Sanders or Elizabeth Warren, and why Kamala Harris went nowhere. Biden was the transitional figure to the next generation.

It’s not unlike the media’s turbulent relationship with the former president. Major news organizations morphed into anti-Trump operations, but the drama he provided pushed their clicks and ratings to record heights. Now that he’s out of office, their numbers have plummeted–and that’s why they keep talking about the Donald, 2020 and Jan. 6, because their audiences love to hate Trump.

Of course, he also happens to be the dominant figure in the Republican Party and its likely 2024 nominee.

As one example, GOP Sen. Mike Rounds of South Dakota said on ABC’s “This Week” that after reviewing the evidence, “the election was fair, as fair as we have seen. We simply did not win the election, we Republicans, for the presidency.”

Within hours, a Trump statement showed up in my in-box, saying Rounds “went woke” and asking: “Is he crazy or just stupid?…I will never endorse this jerk again.”

The smackdown proved two things: Trump will punish anyone for even the mildest dissent from his “rigged election” rhetoric, and the press provides a megaphone for his finger-in-the-eye style.

Matthew Continetti, in National Review, calls Biden a “placeholder president” and credits his Jan. 6 anniversary speech as being “angry and purposeful and on the attack.”

The president has long resisted getting down in the mud with his predecessor and litigating the past. Biden is at his best, in Continetti’s view, when rather than being “listless” and “reactive,” he’s taking on Trump.

But “Trump is on the sidelines. He’s out of office. He’s banned from social media. He doesn’t figure in the everyday lives of most Americans. He won’t be on the ballot this November. A White House midterm strategy based on portraying GOP candidates as Q-Anon shamans ready to storm the Capitol won’t work.” 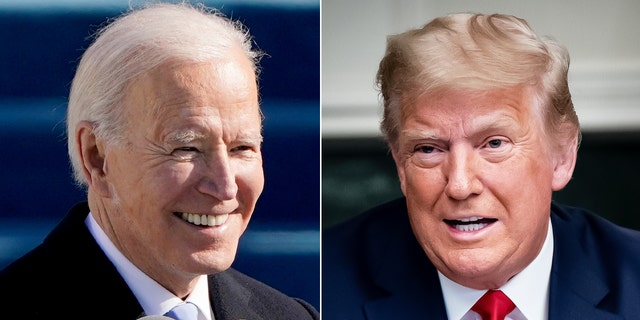 WASHINGTON, DC – JANUARY 20: U.S. President Joe Biden speaks during his on the West Front of the U.S. Capitol on January 20, 2021 in Washington, DC. During today’s inauguration ceremony Joe Biden becomes the 46th president of the United States.  ____ WASHINGTON, DC – NOVEMBER 26: President Donald Trump speaks in the Diplomatic Room of the White House on Thanksgiving on November 26, 2020 in Washington, DC. Trump had earlier made the traditional call to members of the military stationed abroad through video teleconference.
(Photo by Pool/Getty Images  |  Photo by Erin Schaff – Pool/Getty Images)

If Biden had pursued a modest agenda, which is all that suburban voters who abandoned Trump wanted, he’d be in good shape, the piece says. Instead, as pundits have observed many times, he tried to go the FDR route with a 50-50 Senate.

SUBSCRIBE TO HOWIE’S MEDIA BUZZMETER PODCAST, A RIFF OF THE DAY’S HOTTEST STORIES

“Biden’s dilemma is that ‘I’m not Trump’ is a winning message only when Trump is on the ballot, holds office, or is tied to a major event such as Jan. 6. The message doesn’t work on the other 364 days of the year.”

What does work, of course, is results. If the president can eventually make progress against Covid, repair the supply chain and tame inflation, it may not matter as much what Trump does.

Just because Biden beat Trump in 2020 doesn’t mean he can do it again, if both men run, since each will carry the baggage of the shortcomings of their term. But he’ll certainly know what to expect, and “jerk” will be one of the milder words thrown around.