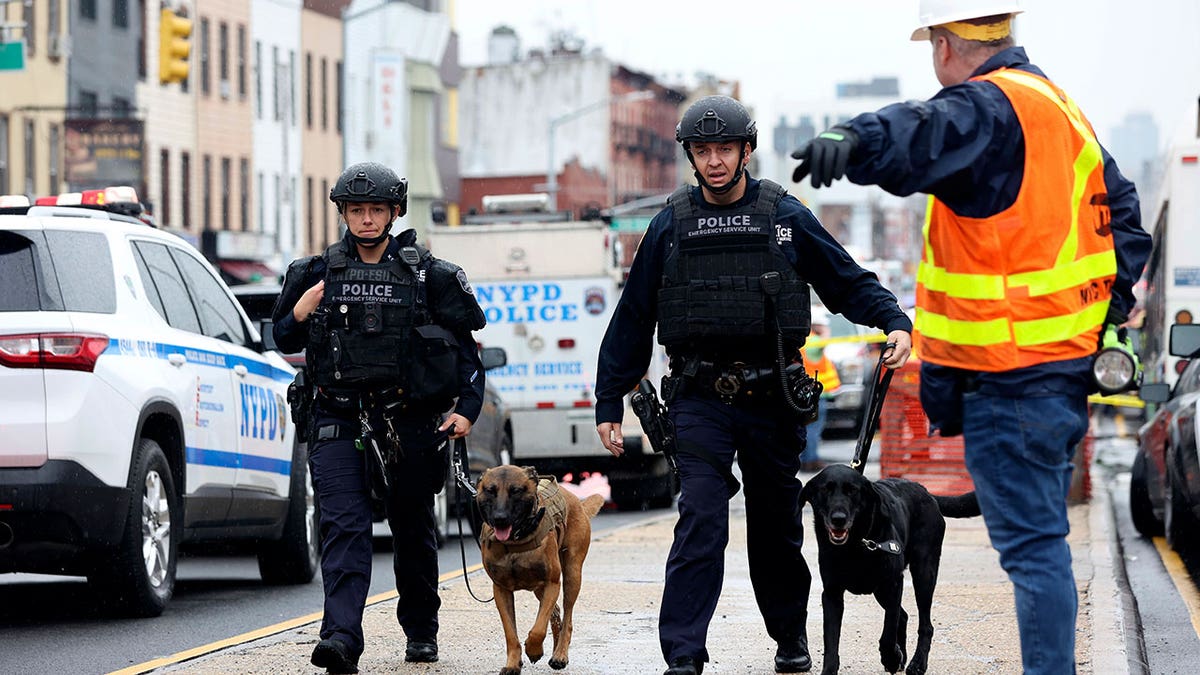 A number of liberal outlets and columnists are blasting New York City Mayor Eric Adams’ plans to heighten the presence of police on public transit following the mass shooting at a Brooklyn subway station on April 12.

The attack, allegedly perpetrated by 62-year-old Frank James, caused dozens of injuries and resulted in a nearly thirty-hour manhunt before the suspect was captured.

In various columns and analysis pieces published in the week following the attack, writers claimed investing in, or increasing the size of, police departments was not the answer to preventing such violence, with some arguing more police funding equated to fewer resources for other social services, and others that such an increase would have a negative impact on the lives of certain minority communities. 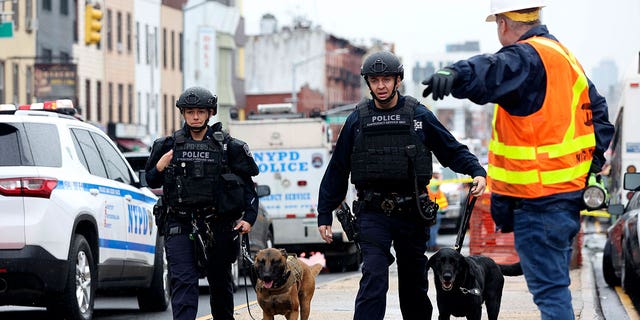 Officers with bomb-sniffing dogs look over the area after a shooting on a subway train Tuesday, April. 12, 2022, in the Brooklyn borough of New York.(AP Photo/Kevin Hagen)
(AP)

“The entire, terrifying episode that unfolded across 29 hours in New York was a testament to the futility of spending more money on police, and to the lie that police ‘keep us safe,'” wrote university professor Simon Balto in a piece for The Guardian.

Balto railed against the idea of deploying more police to the subway in response to the attack, calling it “the last thing that will help,” and claimed police had already “failed” when given the chance to demonstrate their ability to keep New Yorkers safe.

He went on to claim that police “primarily engage in punishing low-income people of color” for evading subway fares, that there was no “casual relationship” between investing in police and “public safety,” and that increased spending “robs citizens of important social services.”

Insider reporter Taiyler Mitchell cited only critics of an increased police presence in a piece claiming that it wouldn’t actually increase public safety.

She included quotes from far-left organization Democratic Socialists of America, a frequent police critic, that claimed “police presence neither prevented nor deterred the attack, and failed to prevent the perpetrator from fleeing the scene,” while Vice writer Trone Dowd, despite noting the increase in crime across New York City in a separate piece, suggested some of it was actually caused by a crackdown by police on minor offenses. 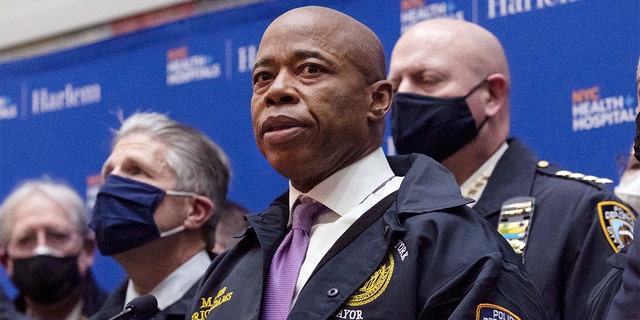 “They might as well double the number of churro ladies, who did as much to prevent the subway attack as the cops,” wrote journalist Nick Pinto in a piece published by The Intercept.

He went on to claim that Adams’ commitment to up police numbers “was both completely senseless and so predictable,” described it as “an excuse to expand the machinery of the security state,” and argued the city’s trains were “already absolutely crawling with police.”

An NBC op-ed by “race” historian Matthew Guariglia slammed the idea that policing was the “only tool” used by leaders to address fears over acts of crime, and argued politicians should “stop throwing good money after bad.”

He also claimed law enforcement was “a system that routinely creates harm” in New York communities, “especially Black,” but didn’t expand on the claim.

Writer Allison Gaines went even further in relating Adams’ vow to up police numbers to the issue of race, using it to criticize what she claimed was “the way many White Americans frame crime in urban areas.”

“When a Black person commits a violent crime, there’s often a subsequent demand to put more officers on the street. However, more officers would not have stopped the tragedy in Brooklyn, New York,” she wrote in a post on Medium. 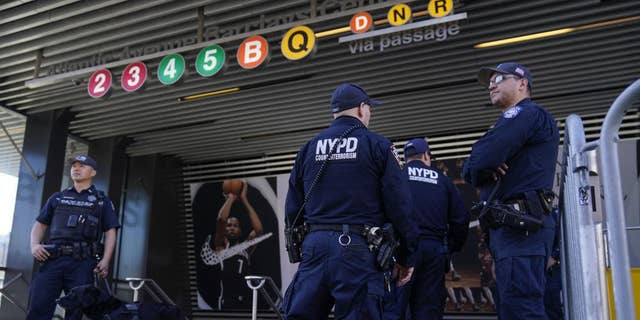 She claimed Black and Latino communities would suffer if cities brought back methods like “stop-and-frisk,” and that public safety measures were usually created “by centering White people.”

“When White people feel afraid, they support policies that subject Black people to increased police brutality,” she added, arguing that more police on the street would not fix the crime problem.

In 2021, peaked at their highest levels in 25 years. Prior to this month’s attack, Adams unveiled plans to curb the crimes within the subway system, and preventing homeless people from sheltering there.