Former New York Times columnist Nicholas Kristof is ineligible to run for governor of Oregon because he failed to meet the state’s residency standards, the Oregon Elections Division announced on Thursday.

The Democrat’s eligibility to run as Oregon governor faced scrutiny since a candidate has to be a resident for at least three years, and he cast his ballot in New York during the 2020 election. He argued, “My soul is here,” but it turns out the state doesn’t agree with him.

“The rules are the rules and they apply equally to all candidates for office in Oregon. I stand by the determination of the experts in the Oregon Elections Division that Mr. Kristof does not currently meet the Constitutional requirements to run or serve as Oregon Governor,” Secretary of State Shemia Fagan said in a statement.

“As Oregon’s chief elections official, it is my responsibility to make sure all candidates on the statewide ballot are qualified to serve if elected. The Oregon Elections Division and local election officials use the same standards to determine qualifications for hundreds of candidates in dozens of offices every year,” Fagan continued. “In this instance, the candidate clearly does not meet the constitutional requirement to run or serve as governor of Oregon.”

Kristof’s campaign did not immediately respond to a request for comment.

“My office remains focused on ensuring a fair process and meeting our March 17 deadline, after which clerks begin printing ballots. While the primary election is in May, for Oregon’s elections administrators, the work begins much sooner,” she said. 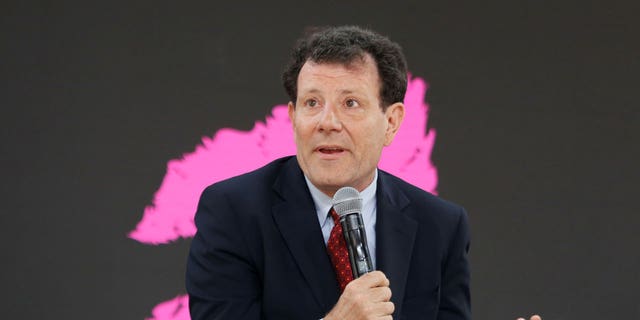 In October, Kristof officially announced he would run after weeks of speculation following his exit from the Times after 37 years.

According to KGW8, Kristof’s “top three priorities” he would have tackled as governor were “homelessness and affordable housing,” “improving the state’s education system” and “creating good jobs,” particularly in climate technology.

In his campaign video, Kristof touted his career as a journalist, saying while he has never held political office, he had “spent a lifetime shining a light in the darkest corners of the globe,” adding “it broke my heart when I’d return from crises abroad only to find crises here at home.”

Fox News’ Joseph A. Wulfsohn contributed to this report.