DeSantis: Biden, Fauci ‘hostile’ to those focusing on COVID treatments in addition to vaccines 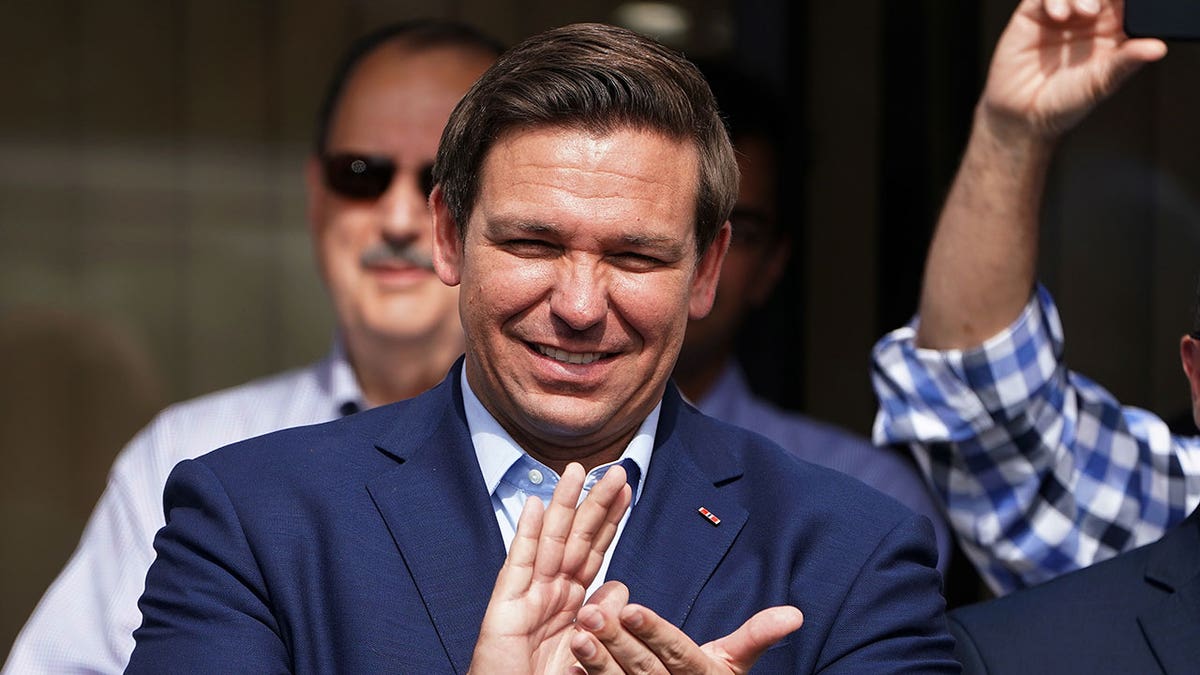 The Biden administration and much of the media continue to be hostile toward Ron DeSantis despite the Republican Florida governor’s success in battling the coronavirus pandemic.

DeSantis told “Life, Liberty & Levin” in an interview airing Sunday that the ongoing barrage of bad press and criticism from Washington is “all political.” He stressed he’s honestly fighting to provide Floridians with treatment options like monoclonal antibodies to go along with White House-supported vaccines while allowing residents to choose whether they want to be injected with the serums in the first place.

“We set up these centers this summer when we started to see the delta variant rear its head, and it worked. We were keeping tens of thousands of people out of the hospital, saved thousands of lives. No one disputes that,” DeSantis said of Florida’s monoclonal antibody treatment sites.

“Well, as that was happening in September, the federal government decided to seize control of the monoclonal antibodies and cut supplies to Florida and Texas, mainly.”

When that happened, DeSantis recounted, he contacted Brentford, England-based GlaxoSmithKline to contract for treatments of sotrovimab, which continued to help Floridians facing coronavirus infections.

“Well, part of the reason we use more than other states is because we’ve actually embraced treatment. Most of these other governors and the people like Fauci and the federal leadership, they basically say get a shot, wear a mask, and they never talk about treatment.”

By ignoring the importance of investigating and approving and helping states acquire treatment options like the ones he embraced, Biden continues to repeat pro-vaccine slogans and go on the same way the feds have for months, the governor said.

President Joe Biden, with first lady Jill Biden, speaks during a visit at Brookland Middle School in Northeast Washington, on Sept. 10. Biden has encouraged every school district to promote vaccines, including with on-site clinics.

“I wish the vaccines were sterilizing, but they’re not providing that type of an immunity,” DeSantis said.

“So to just not deal with treatment and be hostile to people like me who are, it shows so much of this is about a political agenda.”

“It’s about partisanship, and it’s not about the best interests of the American people, when you talk about how these folks are acting.”

DeSantis wears the attacks by Biden, Democrats and the mainstream media like a badge of honor, telling host Mark Levin that it is collectively “positive feedback.”

“If the corporate press nationally isn’t attacking me, then I’m probably not doing my job,” he said.

“So the fact that they are attacking me is a good indication that, you know what, I’m tackling the big issues. We’re going after critical race theory. We’re fighting back against Biden’s mandates. We’re fighting back against illegal immigration – all those things that a vast majority of Floridians and Americans want to see done but that does threaten the ruling class and the regime.”