Fauci pressed if he should ‘step aside’ as an ‘impediment to public health’: ‘People won’t listen to you’ 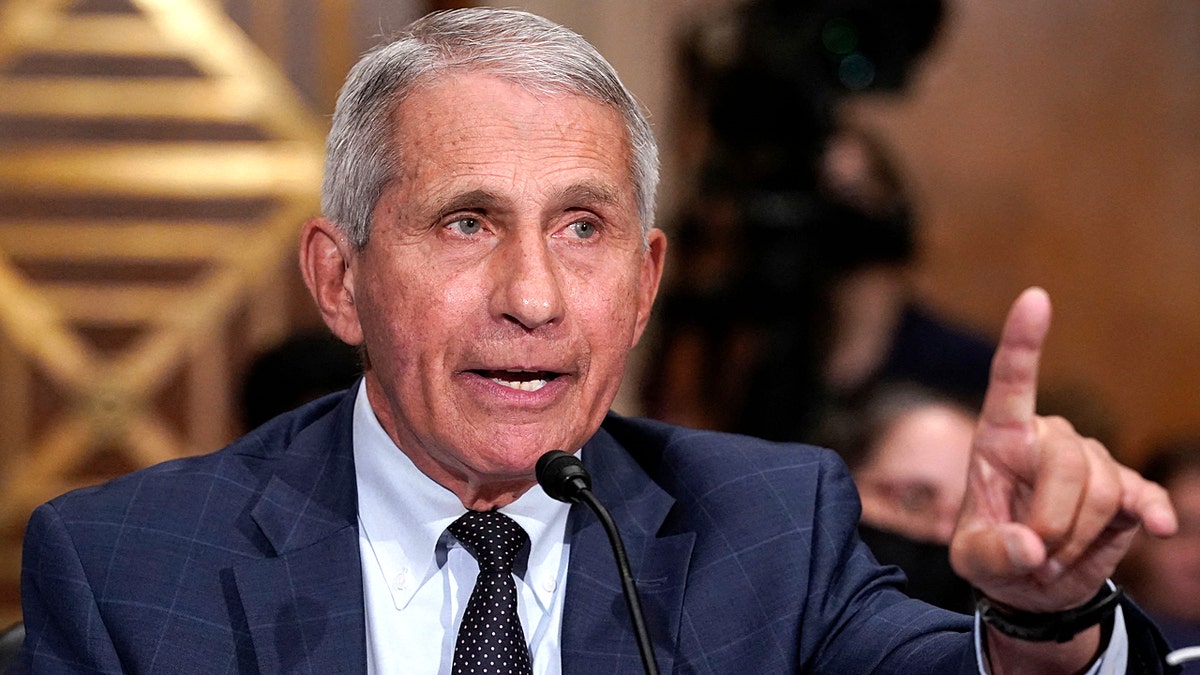 Dr. Anthony Fauci faced a tough grilling over whether or not he should step aside as his critics view him as a deterrent in the Biden administration’s ongoing effort to vaccinate Americans.

During Wednesday’s appearance on Hugh Hewitt’s radio show, Fauci was confronted by a list of COVID-era “controversies,” including the pause of the Johnson & Johnson vaccine, the ivermectin debate, the avoidance of natural immunity as well as his “noble lie” discouraging Americans from wearing masks in the early months of the pandemic to prevent an N95 shortage.

“No. Absolutely, unequivocally no, Hugh. Sorry,” Fauci reacted. “When you have an evolving situation and data are rapidly evolving in something that is unprecedented and unknown, you have to evolve with it and look at the data as it exists now and make to the best of your ability a decision, a recommendation, all the kinds of things that go into the evolution.”

Following Fauci’s meandering answer, Hewitt persisted with his intense line of questioning by first acknowledging he “understands” why Fauci lied about the masks but also calling it “bad policy.”

“It’s just a fact that Tony Fauci, not the guy I’m talking with but Tony Fauci- the person in people’s minds, is now an impediment to public health because people won’t listen to you,” Hewitt said. “They actively reject what Tony Fauci says for reasons which are complicated… but can you accept that if that’s just the fact, you ought to respond to it and say ‘Mr. President, I think my time is up as a successful and effective spokesperson?’”

The NIAID director recalled his adversarial relationship with activists 40 years ago during the AIDS epidemic how he “brought them into the dialogue” to support his ongoing presence in the Biden administration.

“I actually agree,” Hewitt interjected. “I got the booster, I’m Mr. Vaccine, I get the same kind of heat that you do, and what I’m saying though is there comes a point where it is simply a matter of fact that Tony Fauci in the era of social media is different than Tony Fauci of the beginning of HIV. And if a new face for the program developed, we would see an increase in vaccines and an increase in booster use. So if that data is presented to you that more people would get vaccinated if you left the scene, would you leave the scene?”

Fauci flatly rejected Hewitt’s “completely false narrative” that people aren’t getting vaccinated because of him.

“Are you kidding me, Hugh?” Fauci chuckled.

“I’m trying to explain to you the truth,” Hewitt shot back. “I got vaccinated because of you, but there is a large segment of the American people that doesn’t trust you now and that can’t be undone. So I want you to be able to speak to them. I know your heart, I know your public service, but if you’re an obstacle to getting vaccination rates up, should you step aside?”

Fauci insisted he’s “not an obstacle to getting vaccination rates up,” but Hewitt continued to press him, asking if he was presented “polling” would he reconsider.

“So people are saying, ‘I’m not getting the vaccine because Dr. Fauci is in the government.’ Are you kidding me?” Fauci mocked.

“No actually, I believe that’s the truth, doctor,” Hewitt told Fauci before warning him he may have a “blindside” towards how he’s understood by the “center-right.”