Children of pro-life activist arrested in FBI raid at home are 'traumatized,' wife says: 'A lot of crying' 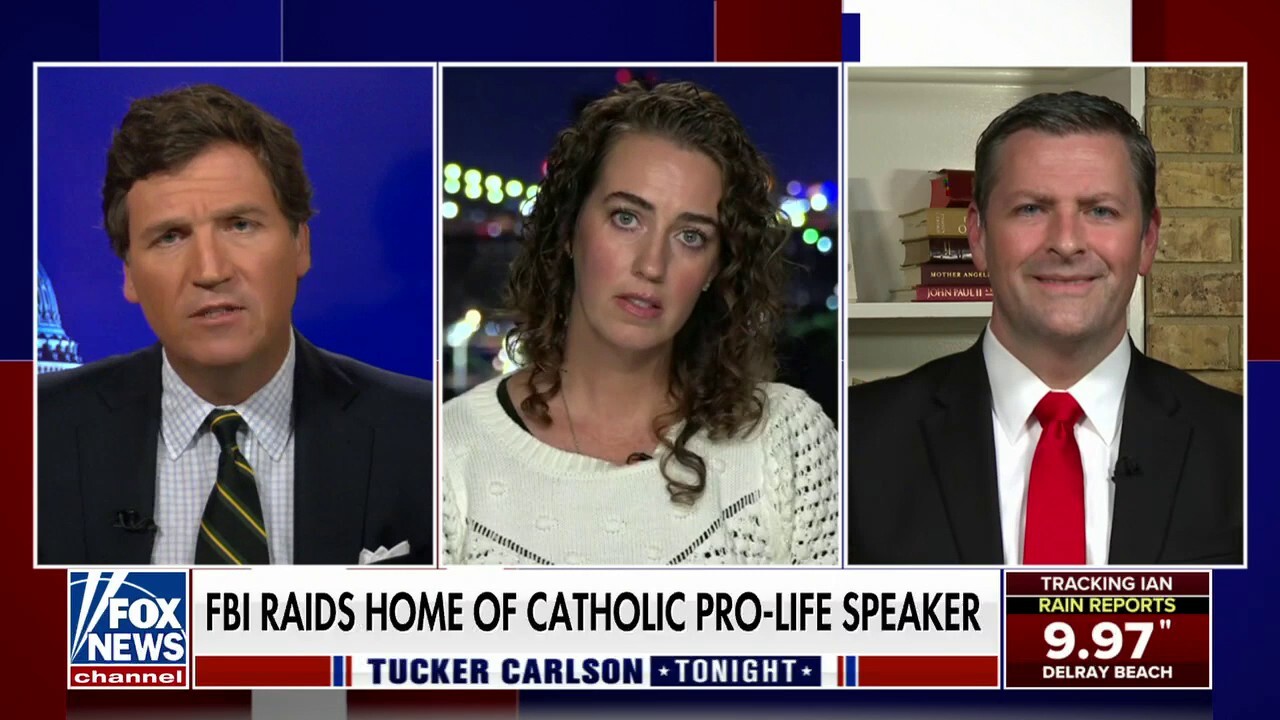 The wife of the Catholic pro-life activist who was arrested in front of their children by dozens of heavily armed federal agents told Fox News on Wednesday that the “devastating” raid has left their family traumatized and in need of counseling.

Mark Houck, an outspoken pro-life activist and author from Pennsylvania, was arrested early last Friday in front of his wife and seven children at his rural Kintnersville home in Bucks County after dozens of FBI agents showed up on his lawn and began pounding on their front door. In an exclusive interview on “Tucker Carlson Tonight” Wednesday, Houck’s wife, Ryan-Marie, recounted the moment she looked out her front window to find roughly 25 uniformed agents with guns and shields surrounding her front door.

“My entire front yard, you could barely see it, it was covered with at least 15 big trucks and cars,” the mother of seven said. “There were 20, 25, 30, men, women, completely in jackets with shields and helmets and guns. They were behind cars. It was something I would never expect to see on my front lawn.” 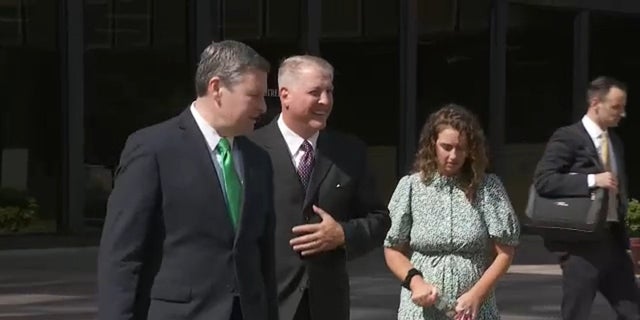 Pro-life activist Mark Houck, second from left, leaves federal court in Philadelphia after pleading not guilty to two counts associated with an alleged attack of an escort outside an abortion clinic in 2021.
(Fox News Channel)

Ryan-Marie said the agents raided their home with “guns drawn,” on her family, describing in an earlier interview how they put her husband in “shackles” while her children watched in fear.

“It was devastating,” she told host Tucker Carlson. “As you can imagine, it’s hard to even express the victimization and how traumatized we all are due to this unnecessary thing that happened to us.”

Ryan-Marie said her children have been “crying” and are afraid to sleep alone since her husband’s arrest.

“The older ones, we can talk, we can cry. We’ve had some counseling, we have more counseling to do,” she told Tucker Carlson. “And the little ones, they’re scared. There’s a lot of crying and a lot of unrestful sleep. A lot of kids in our bed at night and in the morning.”

The raid and subsequent arrest reportedly stemmed from an altercation Houck, 48, had with a Planned Parenthood escort in Philadelphia in October 2021, when he was accused of pushing a 72-year-old man outside the clinic after the escort allegedly verbally harassed Houck’s 12-year-old son. The pro-life father, who routinely engages in prayerful protests outside abortion clinics, is co-founder and president of The King’s Men, a Catholic ministry that aims to spiritually mentor young men. 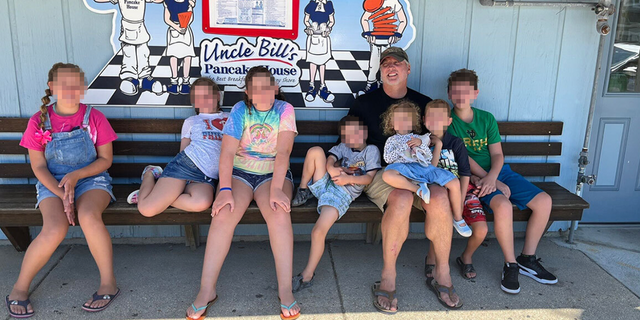 Family photo of Mark Houck, a pro-life activist arrested by the FBI, with his children.
(Thomas More Society)

The Philadelphia Police Department confirmed to Fox News Digital that officers responded to the Planned Parenthood on the afternoon of October 13 last year, but that no charges were filed against Houck, and he was not arrested. The Philadelphia district attorney also declined to prosecute Houck over the incident.

But for reasons unknown, Houck’s case caught the attention of the Justice Department. In May, he received a “target letter” from the DOJ telling him he was being investigated by a grand jury for violating the Freedom of Access Clinic Entrances Act, or FACE Act, which makes it a federal crime to use force with the intent to injure, intimidate and interfere with anyone because that person provides reproductive health care.

Houck’s attorney and senior counsel at the Thomas More Society, Peter Breen, condemned the arrest as an abuse of power from President Biden’s Department of Justice (DOJ) during the “Tucker Carlson Tonight” interview, where he accused the department of trying to intimidate pro-life Americans.

“This was not a federal crime. We have controlling case law on that, strong defenses, but instead, they’ve taken an innocent man and made an example out of him, presumably to send a message to pro-life people and people of faith across this country,” he said. 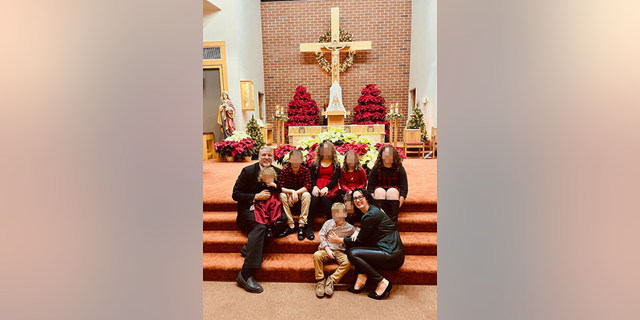 Mark Houck with his family at a Catholic Church.
(Thomas More Society )

After the Philadelphia district attorney declined to prosecute Houck over the incident, Breen said the man involved brought a private criminal complaint against Houck. However, that man never showed up to his own court hearings that he initiated. Houck’s lawyer said they have considered taking legal action for abuse of process.

“This was reckless and outrageous,” Breen told Carlson. “It put the Houck family in unnecessary danger. We’ve offered to bring him in. Didn’t get a response. Even if you’re going to arrest a regular person, you just send a couple of agents, they knock on the door, not dragging the head of the family out, violating the sanctity of the home, pointing guns at them. This was outrageous and uncalled for.”

Breen said Thomas More Society has retained some of the best legal talent in Philadelphia to assist in the case.

“If we can push back against the Justice Department here, we can get them to stop and not do this to someone else,” he said.

Houck pleaded not guilty to two counts associated with the charges against him related to the alleged assault of the escort.