Viral Facebook video shows chimpanzee mama and her baby cuddling, playing after they were separated 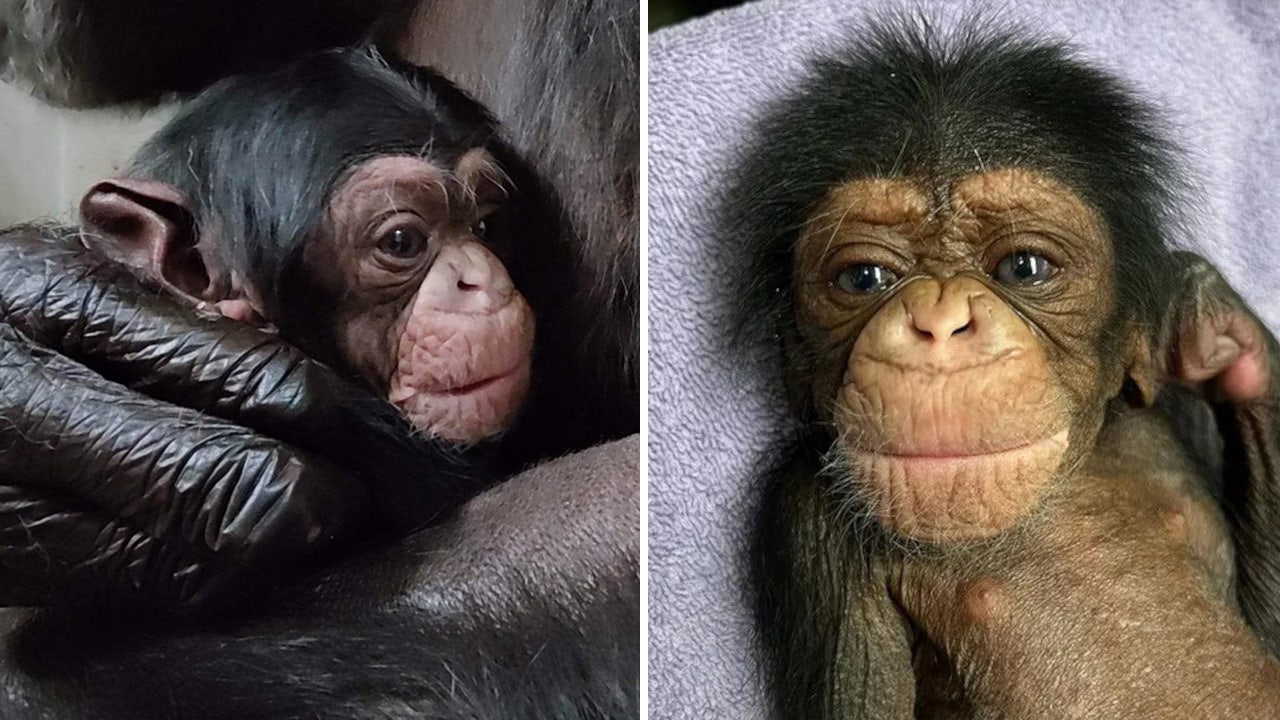 A mother chimpanzee and her newborn baby who previously made waves on social media with their joyful reunion are apparently not finished with eliciting a collective “awww” from people on the internet.

Mahale, the mother chimpanzee, and her baby, Kucheza, are seen in their latest video doing what mothers and babies do — being close to one another, snuggling and playing (check out their adorable interactions in the Facebook post lower down in this article).

The mother and baby live in the Sedgwick County Zoo in Wichita, Kansas.

In the latest video, baby Kucheza leans backward playfully at one point, and is then drawn close by its mom once more.

The mother chimp and her baby are enjoying being together constantly — but Kucheza’s first moments in life were scary, a zoo representative told Fox News Digital recently. 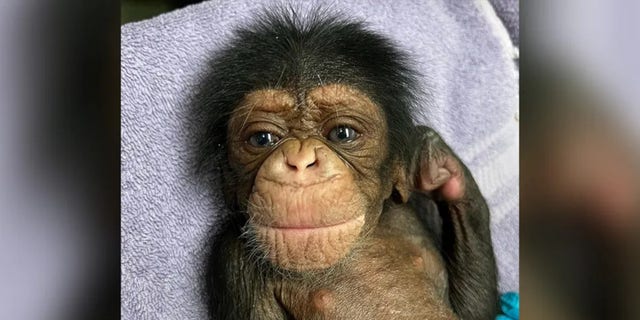 “Mahale’s labor had stopped progressing and the medical team had to do an emergency C-section to get the baby out safely,” Jennica King, director of strategic communications for the zoo, told Fox News Digital via email on November 18.

That was just one day after mother and baby were reunited.

BABY ELEPHANT PLAYS IN A SPRAY OF WATER FOR VISITORS: SEE THE ADORABLE VIDEO

“He had breathing complications at birth and had to spend the night in the hospital for breathing treatments,” she added.

(SEE THE NEW VIDEO of mother and baby, shown below.)

Kucheza responded “very quickly” and was able to leave the hospital the following day.

But the medical team kept a close eye on him, King also said.

During this time, Kucheza was in the “same area as mom,” noted King, but not with full contact until the following morning (their joyful reunion can be seen in video at the top of this article).

DOG THAT ‘SHEDS A LOT’ CAUSES WOMAN TO BOLT FROM HER FAMILY’S THANKSGIVING DINNER: REDDIT USERS WEIGH IN

The zoo needed to be sure that the baby wouldn’t have any other complications or possible infections before letting the mom take over, said King.

“Once mom had baby back she wouldn’t let go, and keepers would certainly not want to have to separate them again.” 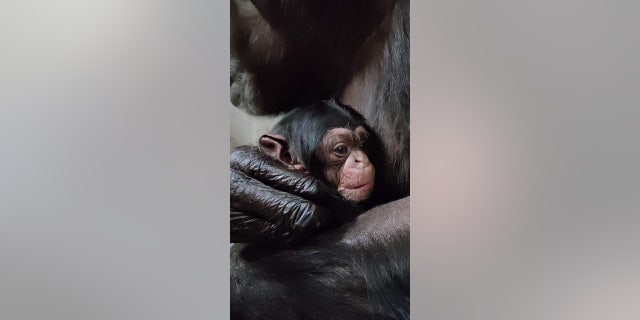 Mahale clutches baby Kucheza. The two were reunited after they were separated for two days post-delivery — and both are now healthy and happy, according to the Sedgwick County Zoo in Wichita, Kansas.
(Sedgwick County Zoo)

Mama Mahale is 28 years old. She came to the Sedgwick County Zoo about a year ago from another zoo, said King.

“Chimpanzees in AZA-accredited institutions are managed by the Chimpanzee Species Survival Plan, which determines the best homes for each chimpanzee in the population based on genetics, breeding, space and troop needs,” King also said.

“The last chimpanzee baby to be born at our zoo was 12 years ago and he’s still living here with both mom and dad.”

While they can’t be sure that either Mahale or her baby Kucheza will always live at this particular zoo, King said they do know that the pair “will be together for at least the next five-eight years,” when Kucheza is fully grown and would “naturally separate from his mother,” King also said.

“The last chimpanzee baby to be born at our zoo was 12 years ago and he’s still living here with both mom and dad,” she added. 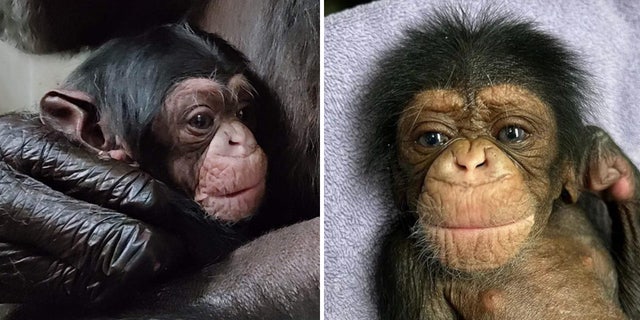 Mahale embraces Kucheza on left, with baby Kucheza shown on right. Mother and baby are doing "extremely well," according to a zoo representative who shared insights with Fox News Digital.
(Sedgwick County Zoo)

The Sedgwick County Zoo has over 3,000 animals of nearly 400 different species, and is “dedicated to conserving wildlife both here and around the world,” said King.

“Our entire staff, both medical and animal care teams included, have such inspiring passion and dedication to caring for the animals that call our zoo their home.”

OWNER OF BIG DOG RANCH RESCUE ON A MISSION TO SAVE CANINES LEFT AT THE BORDER: ‘IT’S A HUGE PROBLEM’

Noting that the zookeepers who care for Mahale and the rest of the chimpanzees have “very strong bonds” and “longstanding relationships” with each animal, King said it is precisely that trust and bond that was at work during the tense birth.

Mahale “allowed our team to intervene with the lifesaving care that we did,” she said.

So how are mother and baby today?

If a picture is worth a thousand words, then the latest video of the adorable duo shows they’re doing just great.

“Mahale is healing, and looking and acting exactly as a mom of a newborn should.”

To learn more, watch the video at the top of this article.