On this day in history, Sept. 29, 1907, cowboy crooner and Hollywood icon Gene Autry born in Texas 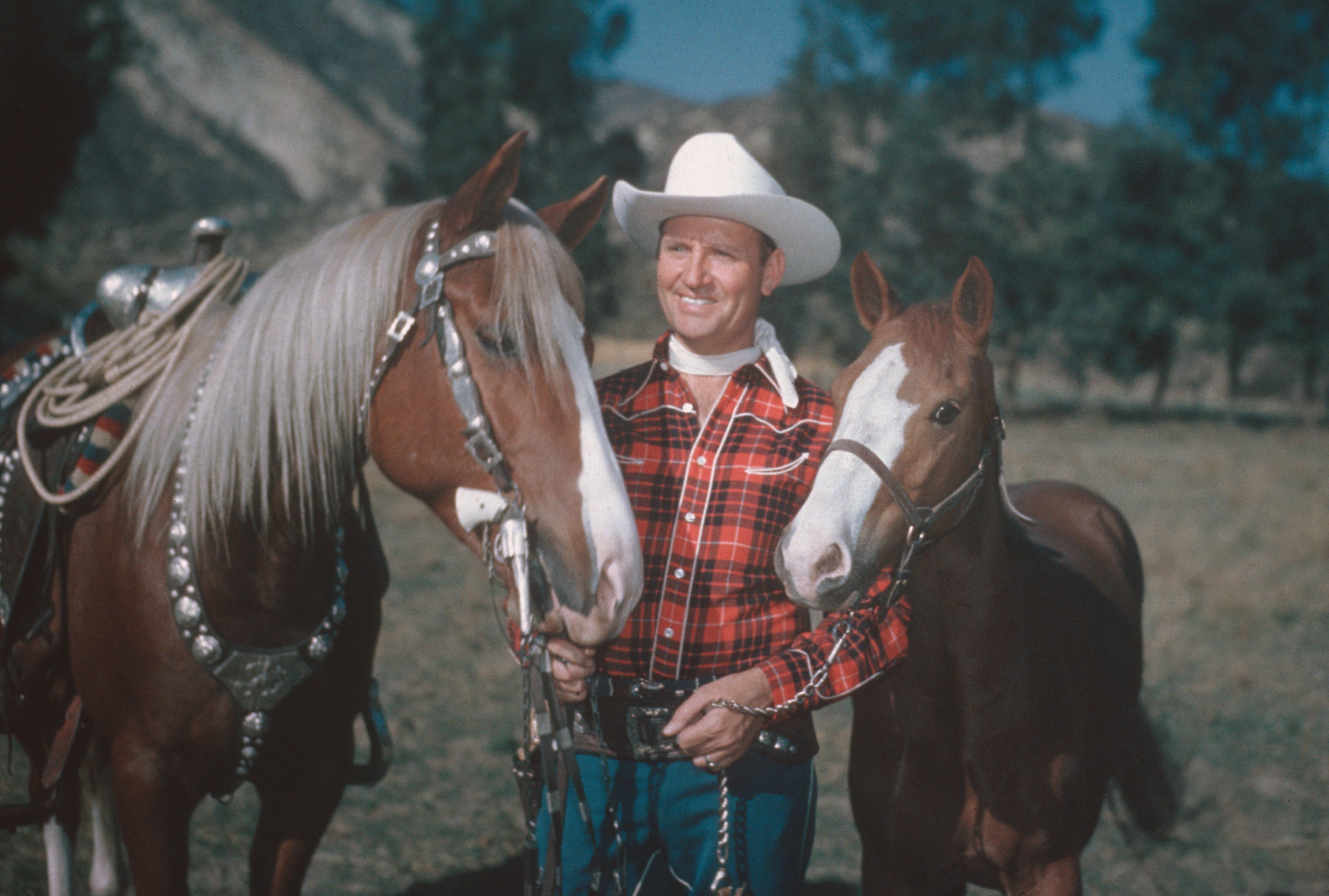 Gene Autry, the cowboy crooner and Hollywood hitmaker who helped popularize country-western music and became one of the most celebrated performers in American history, was born in Tioga, Texas, on this day in history, Sept. 29, 1907.

“Gene Autry’s status as a top box-office attraction of Hollywood westerns brought his music to the attention of a vast audience otherwise unfamiliar with country music,” writes the Country Music Hall of Fame, which inducted Autry in 1969.

“In addition, his success as a singing cowboy launched an entire genre of movies and paved the way for successful rivals such as Roy Rogers and Tex Ritter.”

His career spanned 70 years, including appearances in 93 movies and 91 television productions, according to GeneAutry.com. 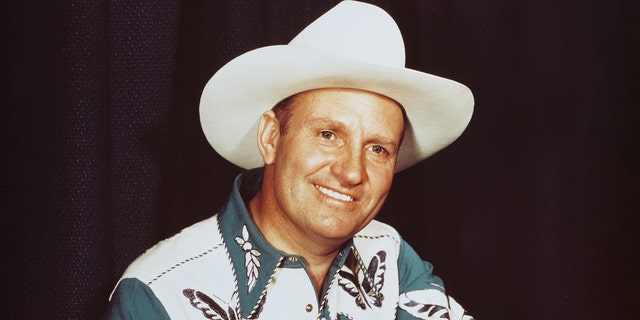 Gene Autry (1907-1998), U.S. singer and actor, gained fame as "The Singing Cowboy" on radio, in the movies and on television.
(Photo by Silver Screen Collection/Getty Images)

Many of Autry’s hits recounted the idealized life of a singing cowboy, including “Tumbling Tumbleweeds” and “Back in the Saddle Again.”

He also sang American standards such as “You Are My Sunshine” and “Deep in the Heart of Texas.”

Gene Autry is the only performer with five stars on the Hollywood Walk of Fame.

His voice is still heard by tens of millions of Americans each holiday season, thanks to his string of Christmas hits, including perhaps the signature version of “Here Comes Santa Claus.”

Autry largely stopped performing in the 1950s — but his music and image enjoyed a rebirth in the 1990s.

“Back in the Saddle Again” was featured on the soundtrack of the 1993 Tom Hanks hit flick “Sleepless in Seattle.”

The same year, Autry was celebrated in the song “Should’ve Been a Cowboy” by country star Toby Keith. 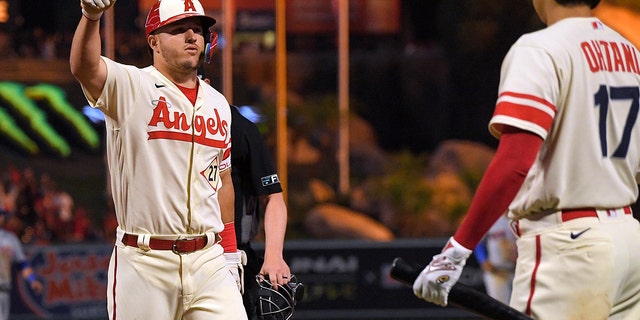 Autry went on to become a media and sports mogul.

Among other notable ventures, he founded the Los Angeles Angels Major League Baseball franchise in 1961. It was the first MLB team that originated in California.

“While Autry was also no cowboy, he was, at least, a genuine westerner who had lived on a ranch,” History.com indicates.

ON THIS DAY IN HISTORY, AUGUST 15, 1935, ENTERTAINER WILL ROGERS, AVIATOR WILEY POST KILLED IN PLANE CRASH

“After a chance encounter with cowboy-humorist Will Rogers, who encouraged his dream of singing professionally, Autry made his first recording in 1929, and for several years performed as ‘Oklahoma’s Yodeling Cowboy’ on a Tulsa radio program.” 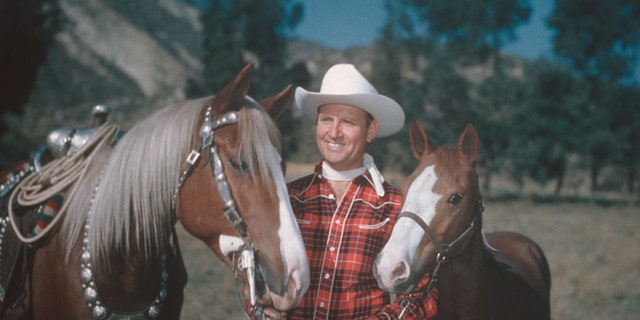 Country and western singer Gene Autry (1907-1998), dressed in cowboy hat and plaid shirt, poses with two horses, circa 1955. Autry gained fame as "The Singing Cowboy" on the radio, in movies and on television.
(Photo by Archive Photos/Getty Images)

He then became a star on Chicago’s National Barn Dance, the radio program that inspired the Grand Ole Opry in Nashville, before signing a record deal.

“His first movie, ‘In Old Santa Fe,’ was eventually followed by nearly 100 other films that made him one of the most popular stars in America and vastly expanded the audience for country-western music around the world.”

Autry died just three days after his 91st birthday on Oct. 2, 1998, in his Southern California home after battling lymphoma.

“Mr. Autry was the only entertainer with five stars on Hollywood’s Walk of Fame, one each for radio, records, movies, television and live theater,” The Washington Post reported in its obituary of the performer.

“On the screen, Mr. Autry rode hard, strummed his guitar prettily and promoted gentle virtues. He told young fans he believed in ‘Ten Cowboy Commandments’ — including values such as respect, tolerance of others, honesty and truth, not taking unfair advantage of anyone and helping people in distress.”