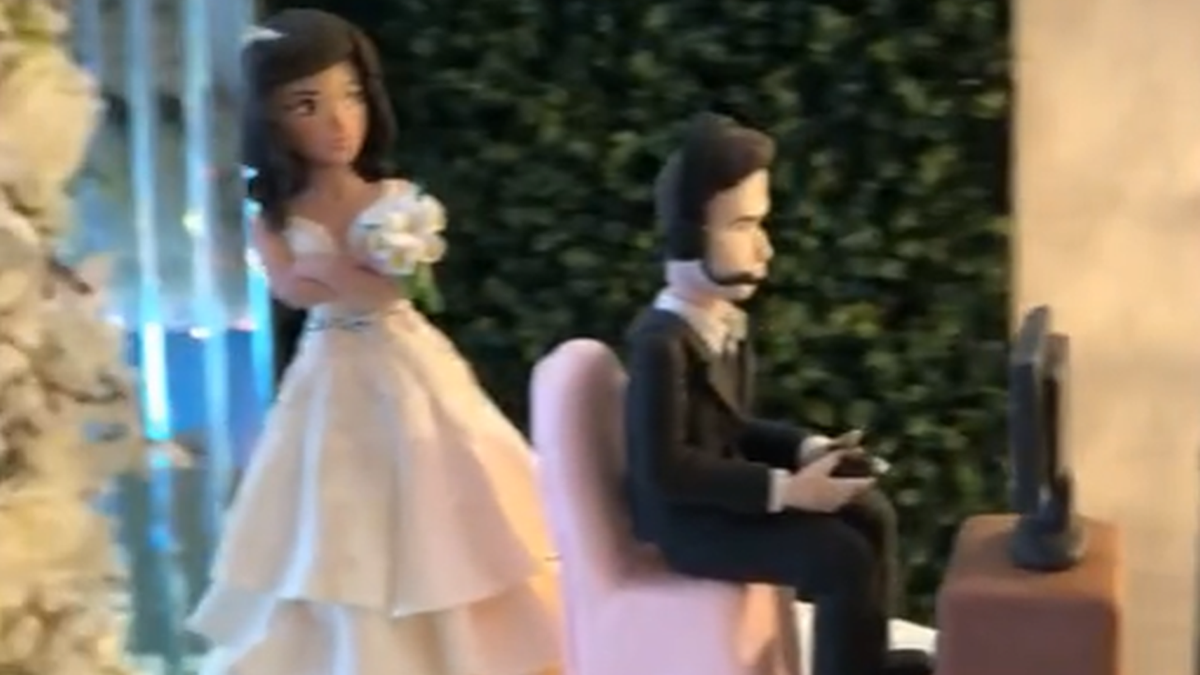 Social media users branded a humorous wedding cake topper that highlighted a groom’s love for video games as offensive, but the couple behind the requested figurines say that’s not what they meant.

Perla Blanco and Gerardo Martinez got married in late July after four years of dating. Their special day, which was celebrated in Monterrey, Mexico, with close family and friends, went viral on TikTok when their guest Leonardo Aceves shared a clip of their unique wedding cake.

The top-tier featured a wedding cake topper of a bride and groom, but instead of going the traditional route, the bride is standing cross-armed with her bouquet in hand while the groom plays “Call of Duty: Warzone.”

“HAHAHAHA love this cake,” Aceves captioned the clip in Spanish, in addition to wishing the Blanco and Martinez a long life.

The video quickly went viral with more than 7.2 million views and was reposted by popular TikTok and Instagram accounts which are dedicated to sharing memes and video game content. This had apparently opened the floodgates for critics.

Thousands of English and Spanish speakers commented that they found the wedding cake topper to be offensive to the bride based on the figurines alone. Other commenters found the joke to be funny, but their supportive words were far and few in between.

“While planning the wedding my friends gave me the idea for a cake video game topping, it was all based in fun, so I asked Gerardo if he agreed on that since we wanted to have a very personalized wedding,” Blanco told FOX News. “Gerardo really likes to play video games as a hobby and as the COVID cases started raising, we decided to stay home. He really likes a video game called, ‘Call of Duty.’”

She went on, “We also know that this may not look as good as it is for some people, especially [to girls who] think our marriage might not last because of it, but Gerardo runs his own business a this is a way for him to free himself from work sometimes. I enjoy when he wins and we celebrate those victories together as well as our victories in the real-life” 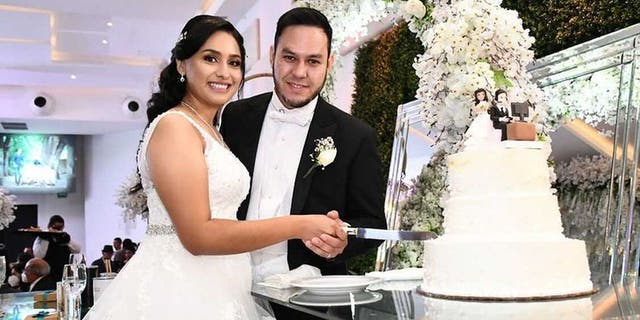 Perla Blanco and Gerardo Martinez got married in July 2021 in Monterrey, Mexico. A video of their wedding cake went viral on TikTok and Instagram, where commenters shared their opinions on the humorous vide game-themed cake topper.
(Luis López / Zaz Producciones)

Blanco added that she grew up with three brothers, so video games aren’t a foreign concept to her. She even enjoys playing “Call of Duty: Mobile” from time to time on her smartphone.

When she’s not playing video games herself, baking sweet treats is her hobby of choice.

Blanco and Martinez first met when they attended a party in 2016. They became a couple in February 2017.

“The chemistry we had was really magical,” Blanco recalled. “I was completely amused by him and after four years he asked me to be his wife in a very romantic way with family and friends [present], and of course I accepted.”

Regarding their viral fame, Blanco said she and her husband hadn’t expected it and were excited about getting noticed. 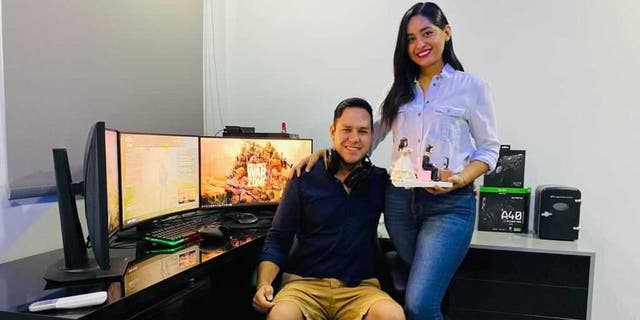 Blanco and Martinez first met when they attended a party in 2016. They became a couple in February 2017 and got married four years later.
(Photo courtesy Gerardo Martinez & Perla Blanco )

“We are so, so happy that there are great people in our life who love us apart and together, and wish us all the best. Our family and friends are always excited when they see the video on different platforms,” Blanco shared. “We thank our friend Leo who uploaded the video and of course greetings to Raquel Soto, who is the big artist behind this cake topper.”

Aceves told FOX News he felt moved to share a video of Blanco and Martine’s wedding cake he thought it was “very fun and creative” and “wanted everyone to see it.”

In his own words, “I think it is something that all video game lovers would love.”

Blanco concluded, “Regardless of everything, I think the thing about marriage is [that it’s important] to find things and hobbies that both parties enjoy, so you can share it together for a very long-lasting relationship.”