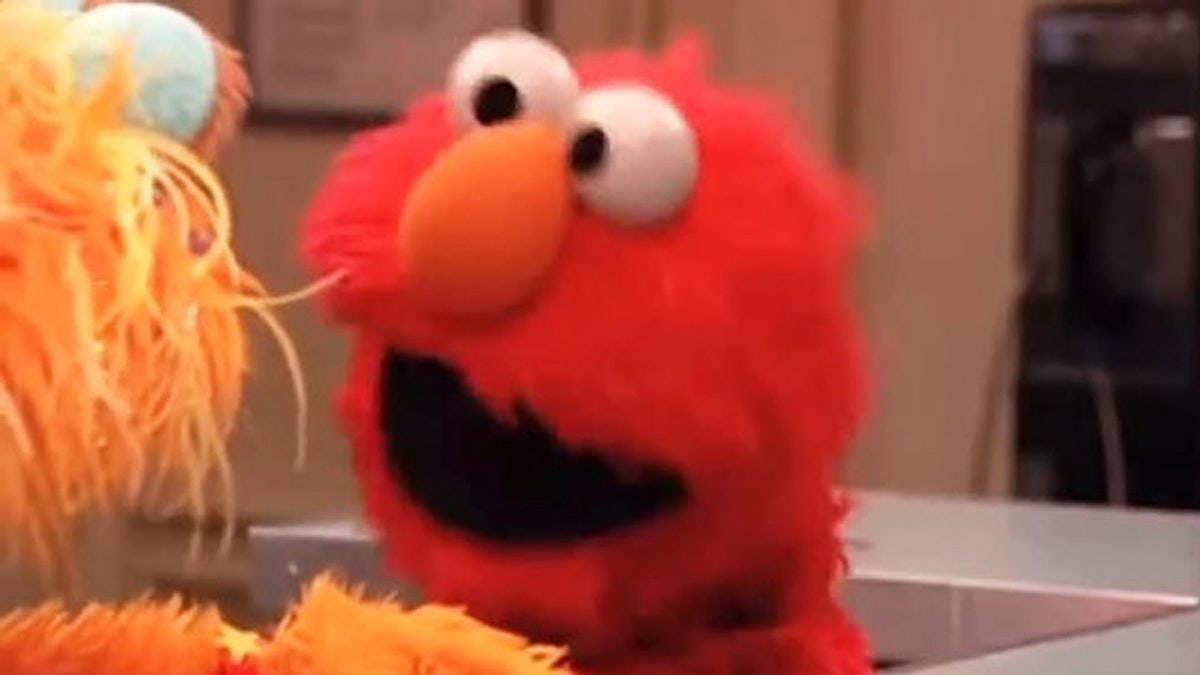 “Unhinged Elmo” began trending online after the clip from 2004 circulated showing Elmo arguing with his friend Zoe over an oatmeal raisin cookie. The two puppet characters, sitting at the counter with Zoe’s pet rock, Rocco, go head-to-head in their high-pitched, screechy voices as the only human in the scene, Gabi, regrets to inform them that there are no more oatmeal raisin cookies, which are “Elmo’s favorite,” according to the famous red puppet.

But Zoe breaks the news to Elmo that he can’t have the last one of his favorite treats because her pet rock Rocco is hungry and wants it.

“You can’t have the cookie, Elmo,” Zoe insists. “Rocco wants to eat it.”

That was just a tad too much for Elmo to swallow, though, who became “unhinged” by the thought of losing his favorite cookie to a rock.

“How?! How is Rocco going to eat that cookie, Zoe? Tell Elmo. Rocco doesn’t even have a mouth! Rocco’s just a rock. Rocco’s not alive,” a clearly frustrated Elmo reminds Zoe.

CABBAGE PATCH KIDS TO TICKLE ME ELMO: THE CHRISTMAS TOY GIFTS THAT MADE PARENTS SCRAMBLE

Elmo’s Twitter account responded to the clip that went viral on Wednesday, assuring everyone that he’s still on good terms with Zoe, despite their fight over a rock.

“Has anybody ever seen a rock eat a cookie? Elmo is just curious,” a later tweet reads.

ELMO DOLL GIVEN TO NEW YORK POLICE OFFICER BY GIRL, 3, SO HE WOULDN’T ‘WORK ALONE’

While multiple users were in agreement that Elmo was “unhinged,” most agreed that he had a point about not wanting his cookie to go to a rock.