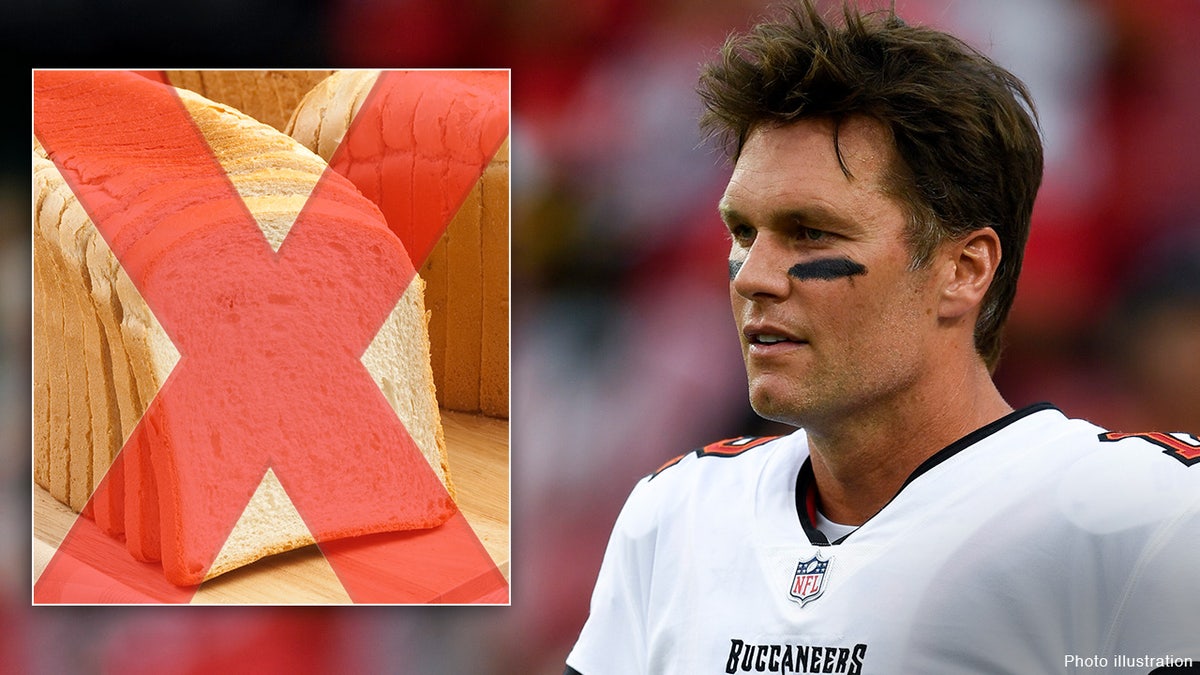 Tom Brady isn’t a fan of bread, but that hasn’t stopped him from becoming a spokesperson for Subway.

The six-time NFL Super Bowl champ acknowledged his new partnership with the global sandwich chain in an Instagram post he shared with his 10.1 million followers, on Sunday.

“As this new commercial will tell you, I don’t eat much bread, but at the end of the day I recognize greatness when I see it,” he wrote.

Brady, 44, has gone on-record about his strict anti-inflammation diet, which excludes white flour and sugar and gluten – key ingredients that are found in most commercial-made bread. While the NFL quarterback reportedly avoids bread to keep his digestive system in tip-top shape, it turns out writing off bread might help to keep you looking and feeling young.

“Consuming large amounts of bread or refined carbs can cause blood sugar spikes followed by a blood sugar crash, causing one to feel sluggish,” Walsh said. “By eliminating bread or cutting it down significantly this can help some to experience more sustained blood sugar levels leading to more sustained energy levels.” 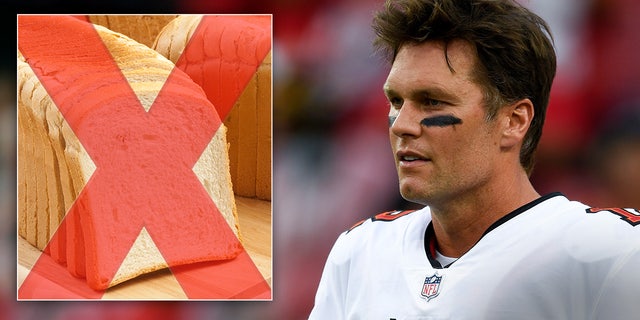 She added, “Blood sugar spikes from excessive consumption of bread can accelerate aging due to the creation of Advanced Glycation End Products (appropriately nicknamed for its acronym: AGEs). AGEs are linked to increased oxidative stress as well as inflammation, which can lead to undesirable accelerated skin aging and inflammation of the joints as well as lead one to be more susceptible to diseases such as diabetes and cardiovascular disease.”

A TOM BRADY-APPROVED GUACAMOLE RECIPE: HOW TO MAKE IT, AND WHAT HE DIPS INTO IT 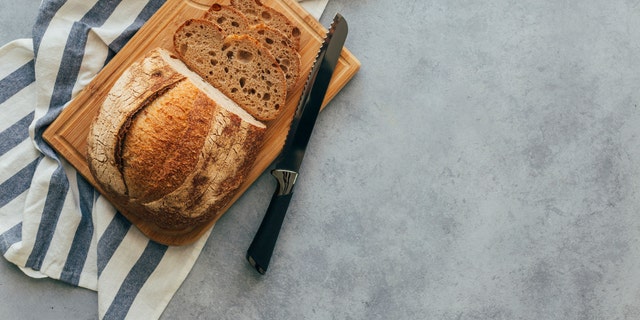 Tom Brady, 44, has gone on the record about his strict anti-inflammation diet, which excludes white flour and sugar and gluten – key ingredients that are found in most commercial-made bread. (iStock)

Potential energy and longevity boost aside, Walsh said that bread avoidance could contribute to a slimmer figure overall.

“Being that bread is a major carbohydrate source, it can lead to water retention in the body which can lead many to feel bloated,” she explained. “Carbohydrates turn into glycogen in the body and glycogen typically holds onto two to three times its weight in water, this is why when individuals start a low carb diet they initially lose weight rapidly because oftentimes in addition to fat loss, they aren’t retaining as much water.”

It’s not clear if the Tampa Bay Buccaneers quarterback has observed any fountain of youth benefits from cutting out bread, but Brady’s personal chef – Allen Campbell – told Boston.com that the NFL star is on an organic, gluten-free diet to preserve his gut health.

“Gluten is the protein in bread that can ‘react’ with our immune systems,” said registered dietician Caroline Thomason, in an interview with Fox News. “For folks who are gluten sensitive and experience negative reactions from eating bread, gluten increases inflammation in their body.” 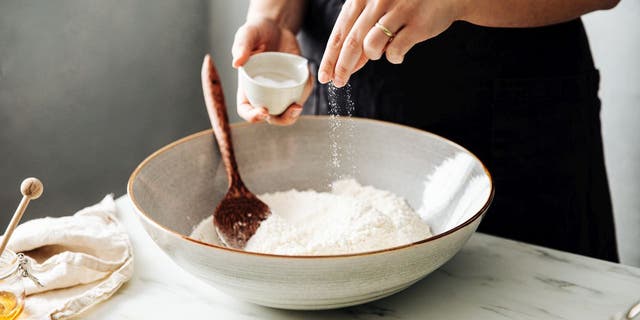 Gluten is a protein that’s found in various grains, including wheat, barley and rye.
(iStock)

She went on, “Gluten intolerance symptoms can be sneaky. They include skin rashes, digestive distress, bloating, headaches and fatigue.”

AGE-DEFYING LIFESTYLE AUTHOR LOOKS DECADES YOUNGER THAN HE IS

Other gluten sensitivity symptoms include joint pain, fatigue and gastrointestinal issues, according to Walsh, which she said can happen to people who are or aren’t diagnosed with celiac disease.

“Gluten-free bread and pasta are available, but it’s important to note that just because an item is gluten-free doesn’t mean it is low in carb,” Walsh said. “If one is hoping to improve the way they feel through elimination or reduction of bread, they would want to enjoy gluten-free bread sparingly.”

Jinan Banna, a nutrition professor at the University of Hawai’i at Manoa, told Fox News that people who aren’t sensitive to gluten have little reason to avoid bread. 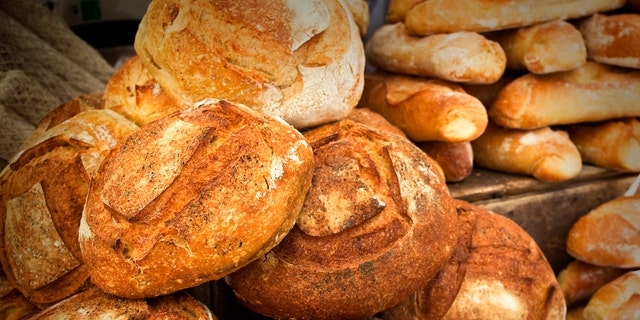 While there are benefits to not eating excessive amounts of bread, most people don’t have to cut out carbs or gluten to stay healthy.
(iStock)

“Bread is a source of carbohydrates our body can use for energy, and it also provides many vitamins and minerals,” Banna said. “Whole grain bread also provides several grams of fiber per slice, which is important for healthy digestion, weight management and maintaining heart health.”

In addition to Brady’s bread- and gluten-free diet, the quarterback also reportedly excludes select vegetables from his diet for similar gut health reasons.

“Tom Brady likely excludes nightshade veggies – tomatoes, eggplant, peppers, etc. –  from his diet because they also have been shown to react with our immune system,” Thomason said. “This is especially true in folks with autoimmune conditions who are more susceptible to a lower immune system.”

Reps for Brady did not immediately respond to Fox News’ request for comment.