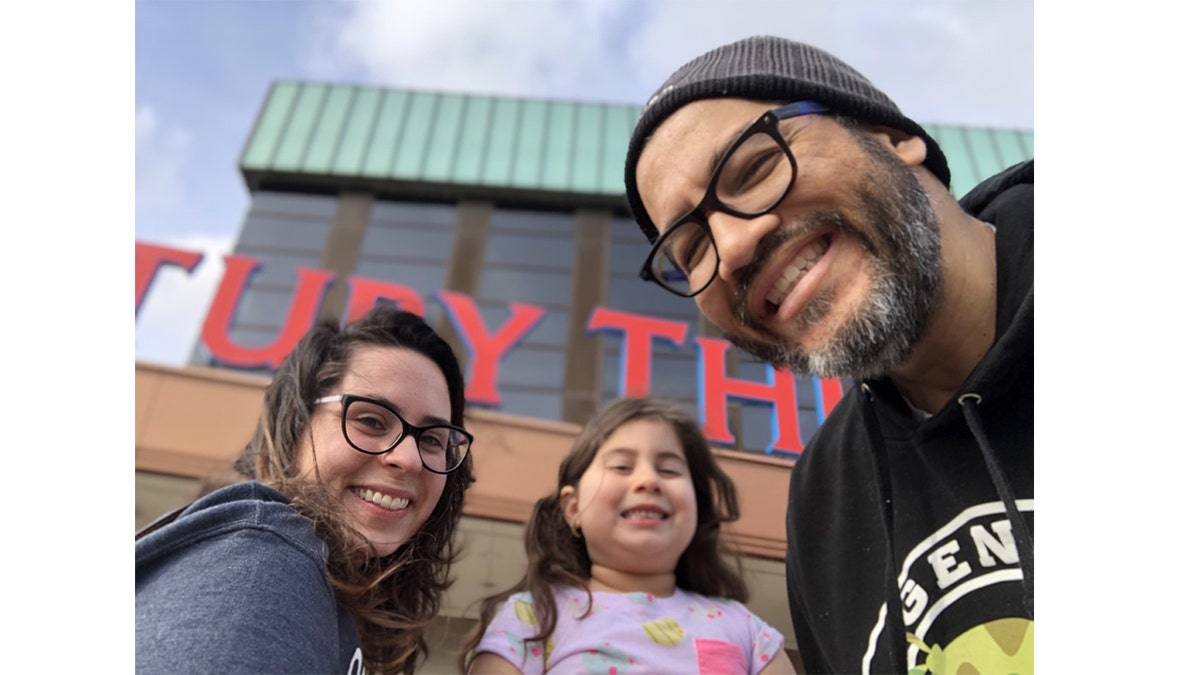 A father who was told he had six months to a year to live when he got gravely ill from medullary thyroid cancer in 2019, has surpassed his doctor’s prediction and he hopes others become “purveyors of positivity” after hearing his story.

In 2014, David Lew, 38, learned he had stage 4 thyroid cancer. The diagnosis came as a shock because the lump on his neck had not been very pronounced, he told Fox News, in a phone interview.

Lew’s work as a comedian left him without health insurance, but he received coverage while employed as a casino dealer and instructor. His health began to decline five years after his diagnosis despite the treatment plan he was on.

He lost more than 150 pounds in 2019 after suffering severe appetite loss.

“I got down to about 140 pounds,” Lew said while noting that the extra weight he had before his cancer might have served as a “blessing.” 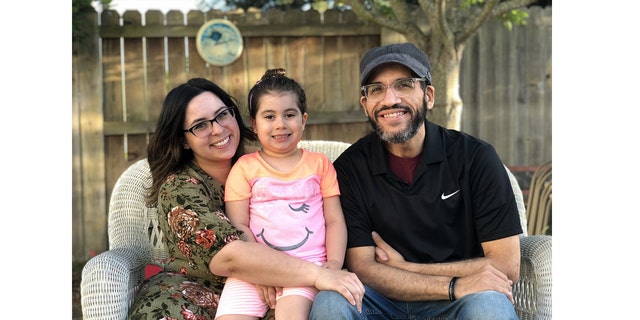 With the drastic change in health, Lew and his wife Kathleen upped their search for treatment alternatives in medullary thyroid cancer support groups on Facebook, which led them to a clinical trial for Gavreto – a prescription medication (developed by Blueprint Medicines) that targets advanced or metastatic RET fusion-positive thyroid cancer.

“To me, it was either try the trial or forever sleep,” Lew explained. “At first, I said no because I had done trials before and it didn’t help and it hurt, and it wasn’t fun. But, then I saw my wife and my oncologist after I said I didn’t want to do it. My oncologist hugged my wife and it felt like I wasn’t in the room anymore. They were just accepting that I was gone already. So, I thought, ‘Maybe I should try this.’”

Lew said his love for his daughter Sydney and a trip to Hawaii also swayed his opinion after he realized he should try to make as many happy memories as he can.

Before Lew agreed to undergo the clinical trial, he and his family struggled to find doctors who knew how to treat the rare cancer.

According to Lew, he ended up having to “break up” with his first oncologist because they refused to carry out a partial thyroidectomy. 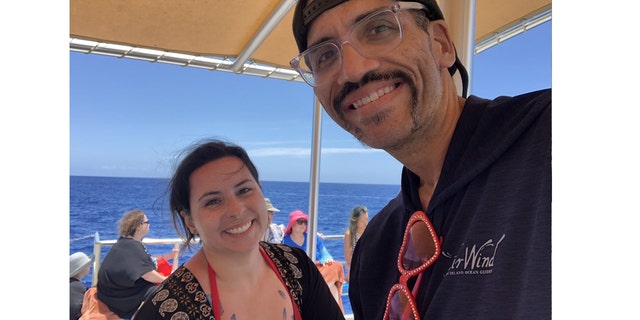 Comedian David Lew, 38, found out he had stage 4 medullary thyroid cancer in 2014. He told Fox News he suffered extreme weight loss five years after his diagnosis due to his loss of appetite. Lew’s wife, Kathleen, helped him find an oncologist who has experience treating the rare cancer.
(David Lew)

Lew’s wife, Kathleen, who has a background in ER tech, radiology and is now pursuing nursing, recalls being “livid” when she observed the first oncologist’s dismissiveness.

“Most people don’t even think about these things or think to question their physician when they say, ‘This is the course of treatment you should be doing,’” Kathleen told Fox News.

Kathleen went on to say that she hadn’t even realized that patients are free to reject or seek other treatments until she joined medullary thyroid cancer support groups.

Lew added that his wife has been a “big advocate” during his arduous battle with thyroid cancer.

“Having someone at my doctors’ appointments to stick up for me or ask questions [has been a help],” he said. “She was in there and she knew to ask questions and noticed that when my first oncologist wasn’t being proactive.” 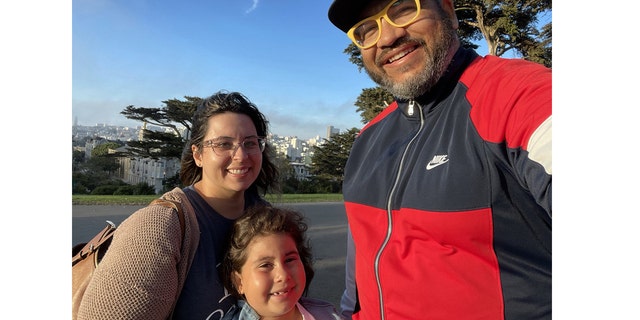 David and Kathleen Lew tell Fox News that patients should feel empowered when seeking medical care. When they searched for an oncologist who could work with stage 4 thyroid cancer, they learned patients have the right to ask questions and find treatment plans that fit their needs.
(David Lew)

His second oncologist at NorthBay Healthcare in Vacaville, Calif. went through with the partial thyroidectomy shortly after Lew became a patient, and showed approval for the clinical trial, which Lew started in June 2019. Gavreto received FDA approval a year and three months after Lew began his trial. He continues to take two pills in the morning.

Both Lew and Kathleen agree that he might not have lived if they hadn’t explored other treatment plans. They say the support they received from family and friends also helped, including the six-and-a-half-hour drives and coordination it took to get Lew to his clinical trial appointments from the San Francisco Bay Area to Irvine.

Lew said he’s happy to have gained weight and color return to his face since the start of his trial.

“It’s been pretty phenomenal. I don’t know how typical that is,” he said. “I’m a big believer in laughing and healing and just optimism overall, and I think that’s helped a lot too because there were a lot of dark days. You had to be able to see through that.”

If the medication Lew is on begins to fail, he and his wife say they are prepared to look for other options, but for the time being, they appreciate the “normalcy” they’re experiencing. 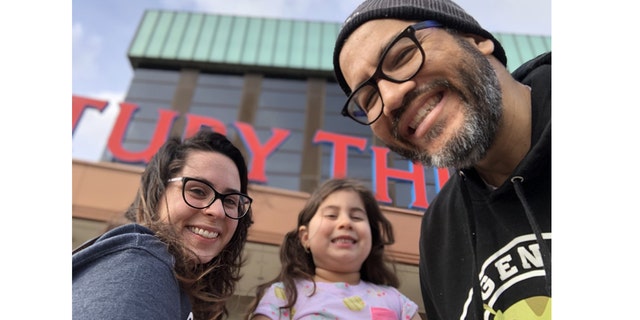 David and Kathleen Lew say the comedian’s thyroid cancer has become manageable thanks to the immense support they’ve received from family, friends and a network of medullary thyroid cancer survivors.
(David Lew)

Lew is well enough to resume working and has taken up a new job as an online gameshow host. He’s also been able to step up when it comes to caring for their daughter, so Kathleen can pursue her education in nursing.

“Going from staying in bed all day to doing normal stuff is so awesome,” Lew said, noting he appreciates being able to help run school bake sales and taking his daughter to cheerleading practice or football games.

Outside of his family life, Lew said he’s spoken about his cancer onstage as a standup comedian and inspirational speaker.

“Once I started talking about medullary thyroid cancer, a lot of people ended up finding me,” he said. “It’s been really nice to have people reach out to me and ask me questions or tell me that I’ve inspired them and that I’ve helped them get through a lot of hurdles.”

To connect with his followers and promote a better outlook on life, Lew started a hashtag campaign known as #BeThePOP, which stands for “Be the Purpeyor of Positivity.” The campaign’s mission is focused on highlighting happiness.

When asked if he had any words of wisdom to anyone who has been diagnosed with medullary thyroid cancer, Lew said, “My advice would be to laugh a lot. Someone once told me if you don’t laugh you don’t heal. We look back at all the stuff we had to deal with, and laughing, I think is just so helpful. It helped me so much when I was sick.”

The CDC says symptoms of thyroid cancer include a lump or swelling on the side of the neck (which is most common), trouble breathing, trouble swallowing or having a hoarse voice.

“If you have any of these symptoms, talk to your doctor right away,” the CDC writes. “Don’t wait until the symptoms get worse.”