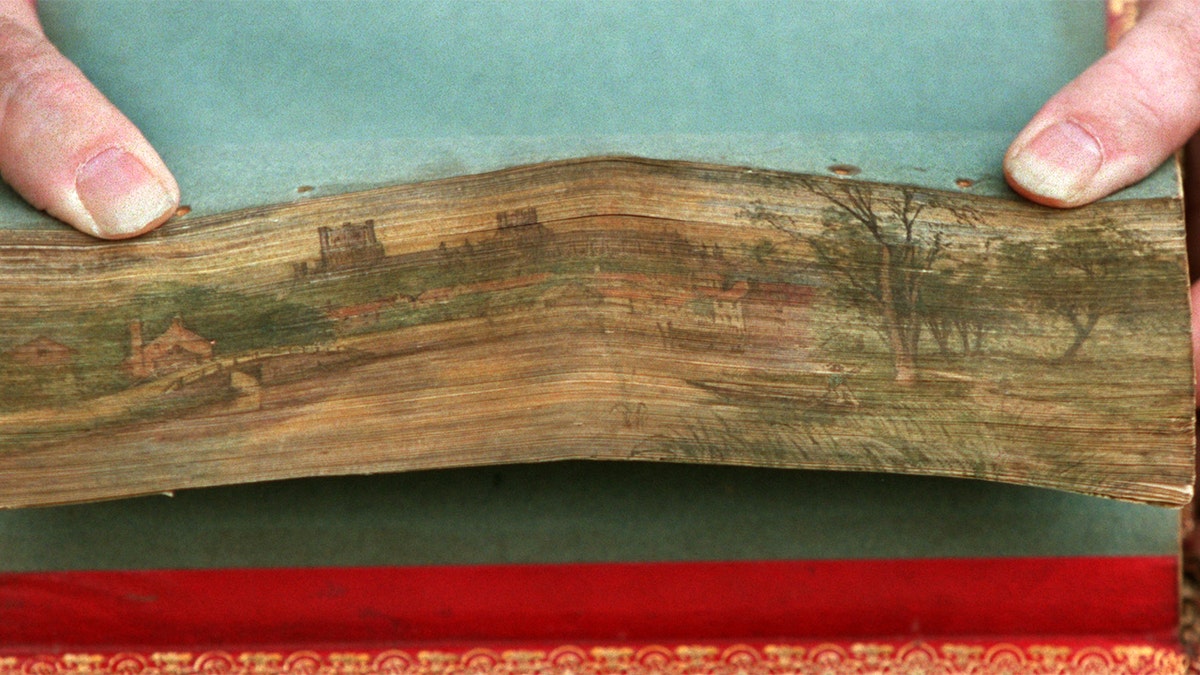 An art history student has gone viral on TikTok for her incredible artwork: beautiful paintings on the edges of book pages.

Maisie Jackson, 22, from England, has posted numerous videos on her TikTok account @maisie_matilda, showing her intricate work – called fore-edge painting – on copies of literary classics such as the “Harry Potter” series, “The Lord of the Rings” trilogy and the “Dune” trilogy.

Many of Jackson’s videos have reached millions, including a video showing Jackson painting a picture of Hogwarts on the edges of all seven “Harry Potter” books authored by J. K. Rowling. That footage was viewed more than 8.1 million times.

One video of Jackson painting a scene of Aragorn and Arwen in Rivendell on the edges of a copy of “The Lord of the Rings” was viewed more than 7.4 million times.

Jackson told Fox News via email that she started doing fore-edge painting last summer, though she has been a painter for many years.

Her first attempt at fore-edge painting was on a copy of J.R.R. Tolkien’s “The Hobbit,” on which she painted the famous image of a hobbit hole.

Jackson said she posted the video on TikTok “just for a bit of fun” and thought nothing of it until the next day, after her morning shift at work when she saw the clip already had 100,000 views. As of Friday, it has been viewed more than 411,200 times.

“Tolkien works best for me, as I was always predominantly a landscape painter, and Middle Earth is full of an amazing variety of landscape; mountains, forests, rivers and beautiful architectural concepts,” Jackson said.

A typical painting can Jackson anywhere between a few hours and a few days to complete, depending on how detailed the painting is, Jackson said, adding: “I often get very carried away with the details.”

Jackson is also finishing her final year of college studying art history, which means she only has limited time to do fore-edge paintings, she said. However, she said she hopes to continue her artwork full time – and sell the creations on Etsy – once she graduates.

“My main aim is to bring fore-edge painting back into popular visual culture,” she said. “It is currently deemed ‘critically endangered’ by the Heritage Craft Association UK.”

Jackson said that as she’s been doing fore-edge painting and posting the videos on TikTok, she’s seen her confidence and her ability grow.

“I have always loved painting and now I get to do it whilst nerding out over ‘The Lord of the Rings,’” Jackson said.