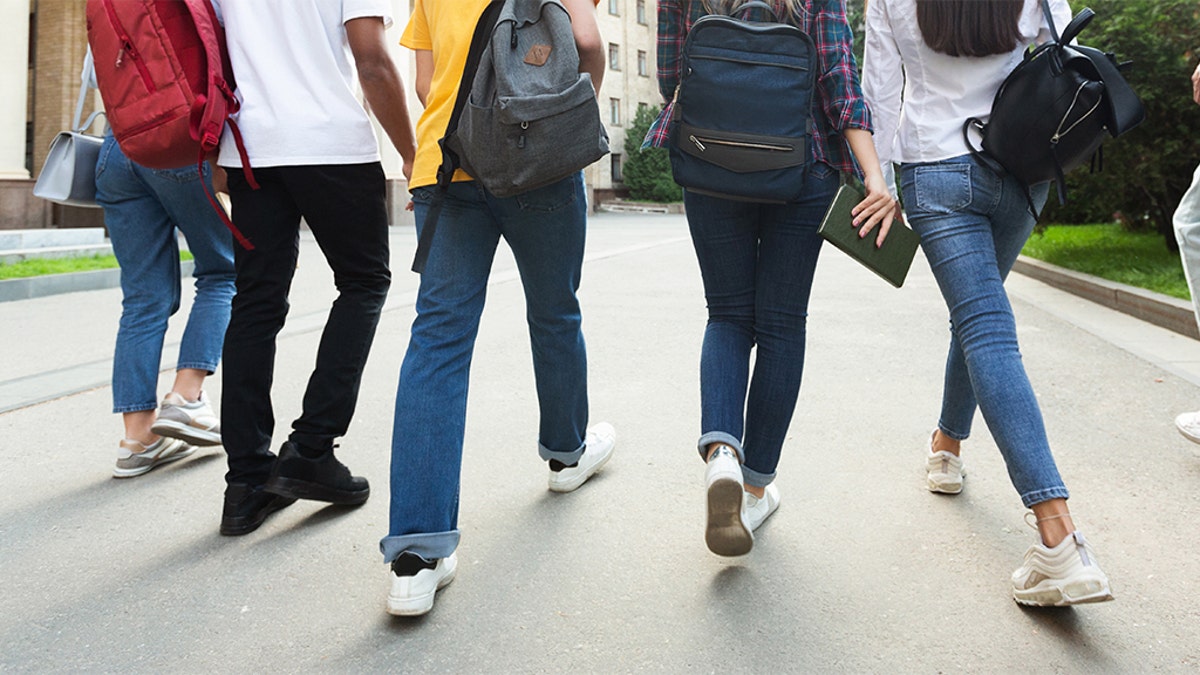 Parents are being urged to speak with kids about steering clear of a trend in which students encourage one another to assault teachers. The nationwide alerts from police and school officials come as kids are violating school conduct and breaking the law.

This week, Fox News reported on students in South Carolina and Louisiana participating in “slap a teacher” – a suspected TikTok challenge. The Louisiana incident landed 18-year-old Larrianna Jackson behind bars after she punched her 64-year-old teacher, according to the Covington Police Department.

Police said the assault was prompted by a TikTok challenge, though TikTok said the challenge never existed on its platform.

“This alleged ‘challenge’ would violate our policies and we would aggressively remove such content, but the reality is that we have not found related content on our platform, and most people appear to be learning about the offline dare from sources other than TikTok,” a TikTok spokesperson told Fox News.

Fox News has reached out to Braintree Public Schools for comment.

The assaults have schools and law enforcement issuing preemptive warnings.

CHILD ASSAULTS SOUTH CAROLINA TEACHER AS PART OF ‘SLAP A TEACHER’ CHALLENGE, YET NO TRACE OF TREND ON TIKTOK

On Tuesday, the California Teachers Association took to Facebook to remind how recording video in a classroom or on school property without permission is a violation of state law.

“In addition to potential serious harm to victims, a student perpetrator could face serious consequences, including expulsion or criminal prosecution,” the post read.

Arizona’s Mesa Police Department sounded off on the trend writing on its blog, “It is the crime of Aggravated Assault, a felony.”

“Remember it is more likely for you to be criminally charged for following through with a social media prank than the person who posted it,” the post read.

Even without reported incidents, other school districts in Kansas, Louisiana and Ohio have also sent letters to parents and shared the notes publicly.

October’s TikTok challenge will not be tolerated by Mesa PD. If you don’t know what we’re talking about, read about it on our blog… https://t.co/jJAiKxJMh5

“Slap a teacher” comes in wake of students vandalizing school property as part of the “devious licks challenge,” in which kids filmed themselves destroying and stealing school property, to later share the footage on TikTok. Fox News recently reported a 15-year-old Florida student had been arrested in connection to the destructive trend.

Video results using phrase and or hashtag #deviouslicks were blocked from TikTok.

A list circulating online includes challenges for each month of the school year. September was reportedly “vandalize school bathrooms” and October is dedicated to, “smack a staff member.”

“This phrase may be associated with behavior or content that violates our guidelines,” the empty search results page read for ‘devious licks’ as well as for ‘slap a teacher.’” “Promoting a safe and positive experience is TikTok’s top priority. For more information, we invite you to review our Community Guidelines.”