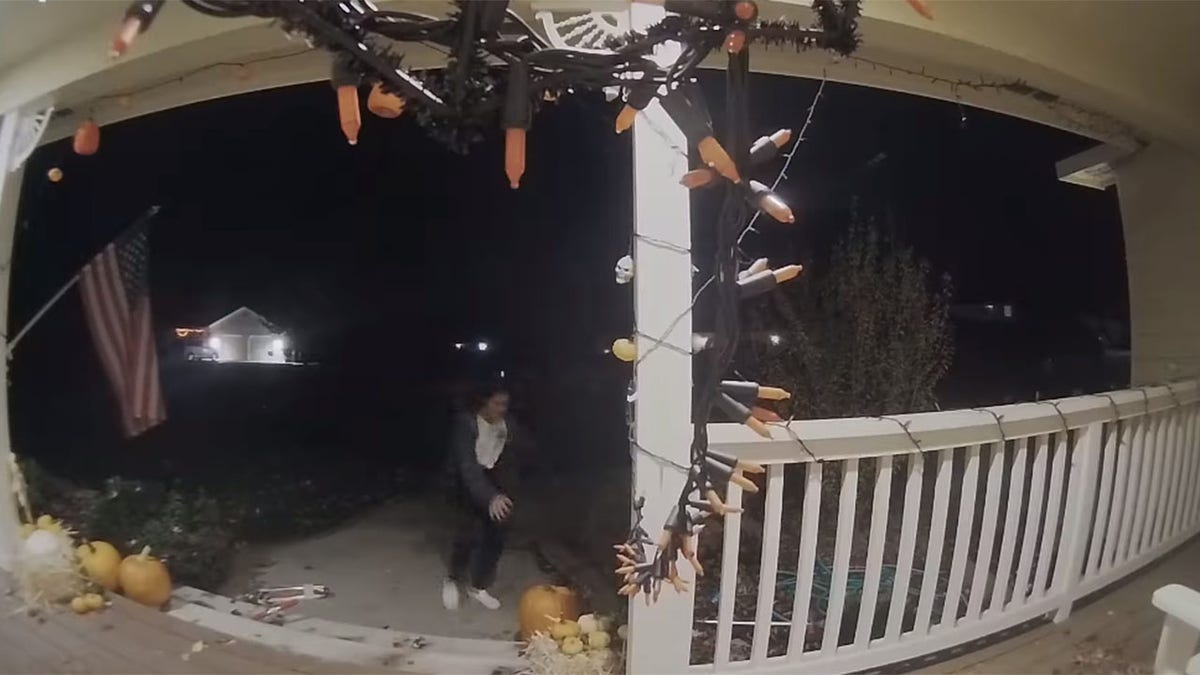 This person is after tricks, not treats.

A homeowner in Washington state recorded an unidentified woman stealing one of her pumpkins in the middle of the night ahead of Halloween. According to local authorities, the suspect was also spotted stealing pumpkins from the victim’s neighbors as well.

The West Richland Police Department shared footage of the incident on Facebook. In the video, which was recorded by a doorbell camera, a woman can be seen appearing out of the night and stealing a pumpkin from house’s front steps.

After the woman runs off, a car can be heard speeding away.

“Pumpkin thief,” the West Richland Police wrote. “WRPD needs your help identifying the female seen on this home surveillance video. On today’s date (October 26), a smaller dark-colored sedan parked in front of a residence in West Richland. A female passenger is seen getting out of the car, run up to the porch of the residence, takes a pumpkin, then runs back into the car. The owner of the house observed the same car go up to the neighbors home and take some of their pumpkins too.”

Apparently, the homeowner was able to follow the pumpkin thieves for a bit and witnessed what happened to the stolen gourds.

“The owner was able to follow the small vehicle down Keene Rd,” the post continued. “The occupants of the vehicle began to throw the pumpkins out the window as they drove with lights off and recklessly. The vehicle was described to be a smaller, possibly GEO Metro style, vehicle and black in color.”

Woman loses 123 pounds after taking up running in lockdown: ‘Nothing feels out of reach’

Americans hide Christmas presents in a few obvious places: Find out if your spot is safe