Police pull over drivers to give turkeys, not tickets, for Thanksgiving 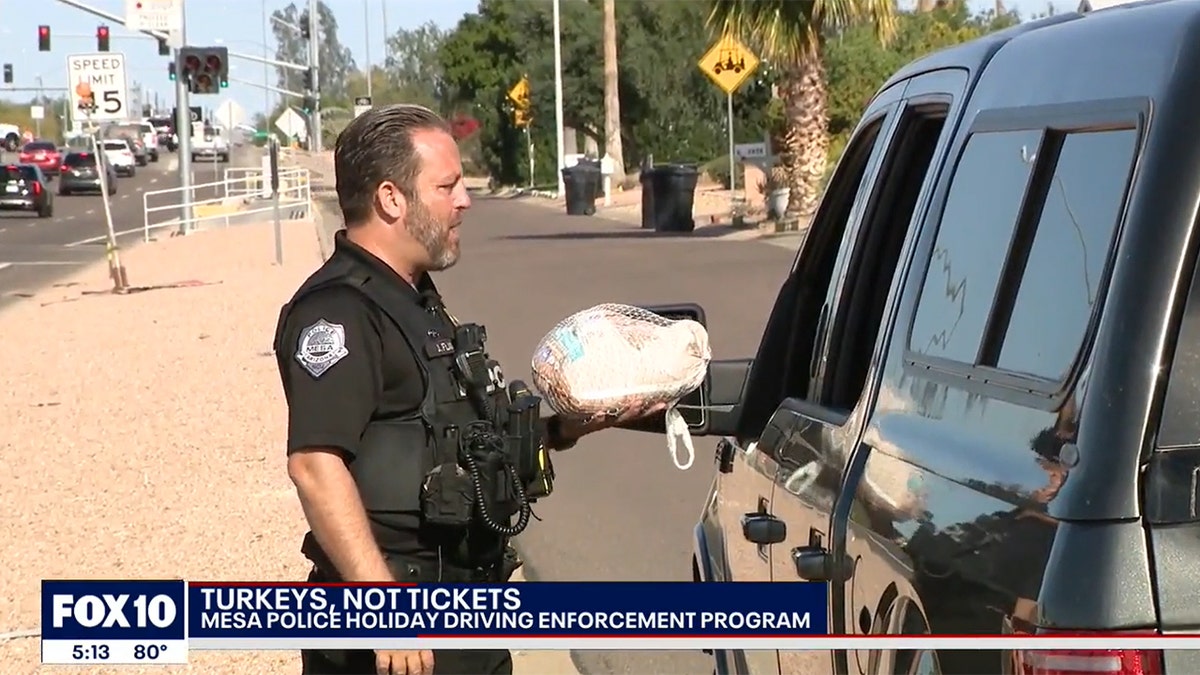 In honor of Thanksgiving 2021, law enforcement has been surprising drivers with frozen turkeys instead of tickets.

The holiday cheer was recently spread by the Mesa Police Department in Mesa, Arizona, by gifting birds to people who thought they were being pulled over for a violation, Fox 10 Pheonix reported.

“When you made your turn, you made a wide turn. You’re supposed to stay in your lane,” Officer Jason Flam of the Mesa Police Department told a motorist.

Instead of returning from his police cruiser with a ticket, Flam offered a turkey.

Flam told Fox 10 that some stops were emotional, bringing one man to tears.

“…I don’t think they can afford the turkey, so it worked out really good,” said Flam. 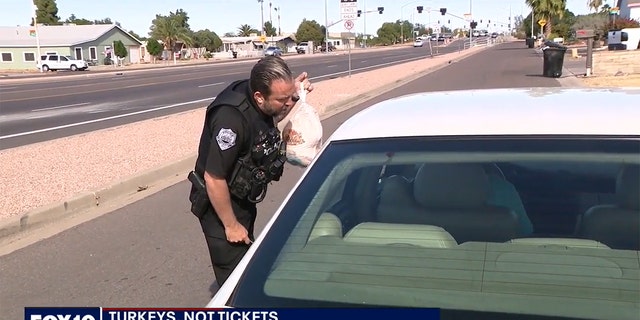 One driver thanked Flam for the gesture, but said she already bought a Thanksgiving turkey and requested he “pass it on.”

Another person was about to pick up a turkey when Flam pulled him over.

“In fact, I was on my way to Costco to pick up some fixings, so this saved me a few bucks,” said Mike Ormerod.

Mesa police is one of many U.S. police departments which gives “turkeys not tickets.” In 2016, the Fort Worth Police Department also gave turkeys to unsuspected drivers ahead of Thanksgiving.

The Turkeys not Tickets program was proposed by a Mesa police commander in order to connect with the community, according to Fox 10.

“I think it’s a great idea. I was telling the officer, in the past few years, police officers in general have gotten a bad rap, and I think it’s important they get recognized for putting it out there every day,” Ormerod told the station.

Fox News reached out to Mesa police for comment.

The history of Santa Claus, his red suit and stand-out pop culture moments